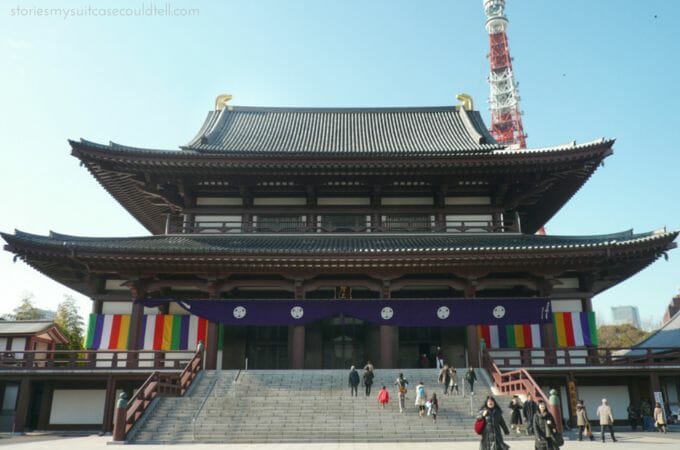 They might not be every few feet like they are in Kyoto, but Tokyo still has plenty of picturesque Japanese temples to visit, as I found out last month.  Read on for a few worth checking out…

Sengaku-ji is the resting place of the famed 47 Ronin.  It was in the 18th century that these samurai avenged the murder of their master, Asano, and were sentenced to commit seppuku; a museum inside the gates gives a detailed account of the events, and old samurai swords and suits can also been seen.  Respects are paid to the Ronin by burning incense at their graves. 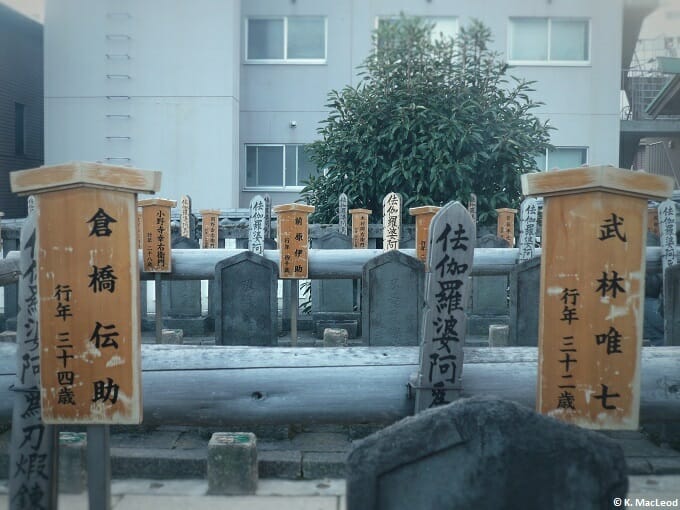 The image of Asakusa (also known as Sensoji) is common one in tourist guides.  On a walk through Asakusa and the surrounding streets I celebrated the new year, found my fortune, filled my stomach and spotted ‘water sprites’ in the nearby Kappabachi District. 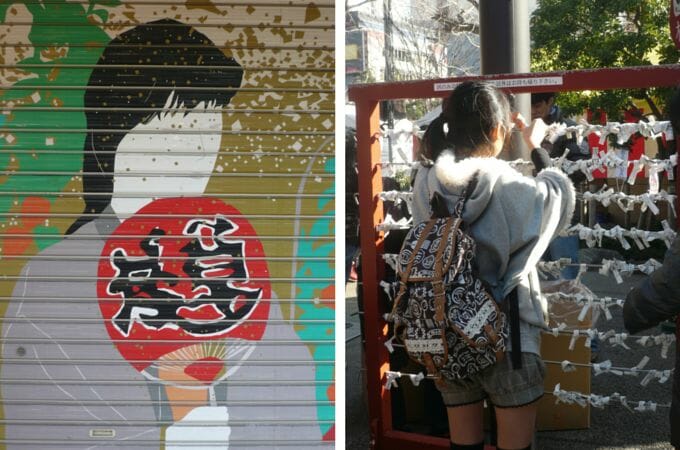 Tokyo’s most famous Shinto Shrine – dedicated to the spirit of Emperor Meiji – is on TIME Magazine’s Top 10 list of the capital’s attractions.  Both times I stopped by there were swarms of people: first for New Year, and second for an official government visit.  I purified my hands outside the Tori gate, then entered the shrine and watched as locals clapped and offered up prayers in front of the main building.  Open from sunrise to sunset, it’s a relaxing spot, located right by Yoyogi Park and reached by a leisurely tree-lined walk. 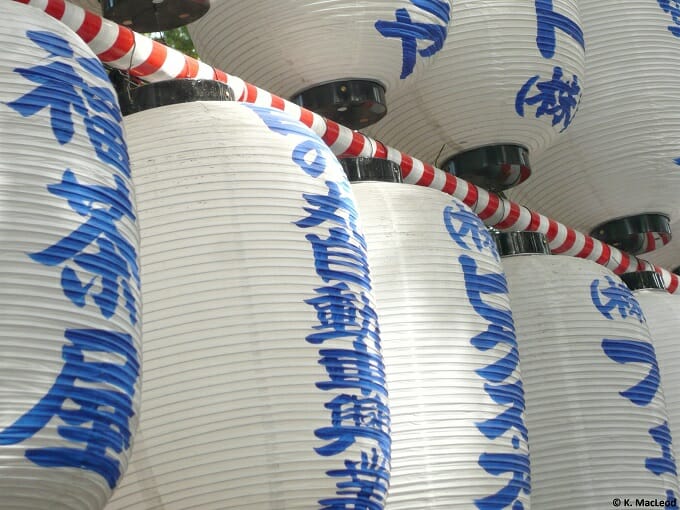 The main temple of the Buddhist Jodo sect, Zojoji sits in the shadow of the Tokyo Tower, providing that compelling contrast between old and new. 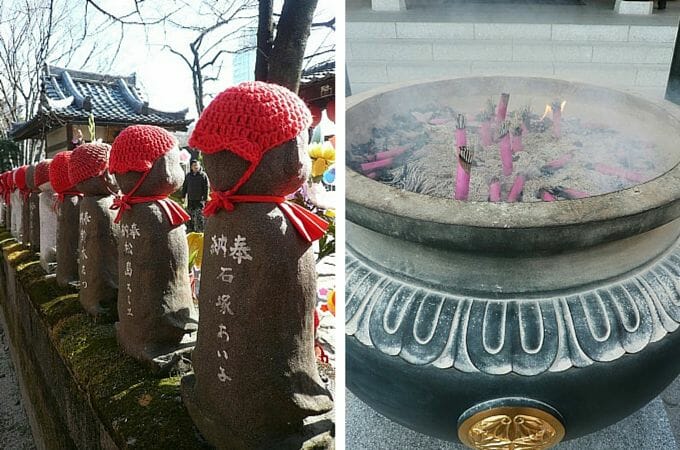 Dedicated to those who have died in war on behalf of the Japanese Empire, this Shinto shrine regularly courts controversy, due to the fourteen WWII war criminals enshrined alongside Japanese civillians.  Next to Yasakuni is the Yushukan Museum, which documents Japanese military history. While at times a sobering experience, it is strange to see WWII referred to as the ‘Greater East Asia War’, and other regional events glossed over.

The afternoon I visited  saw Tokyo’s heaviest snowfall in six years, leaving the shrine and it’s tall Tori gates covered in a thick white coating.  It was perfect for pretty photographs, but not fun for freezing fingers – nor I would imagine, the toes of the twenty-year-old girls out to celebrate Seijin no hi (Coming of Age Day) in dainty kimonos and wooden sandals. 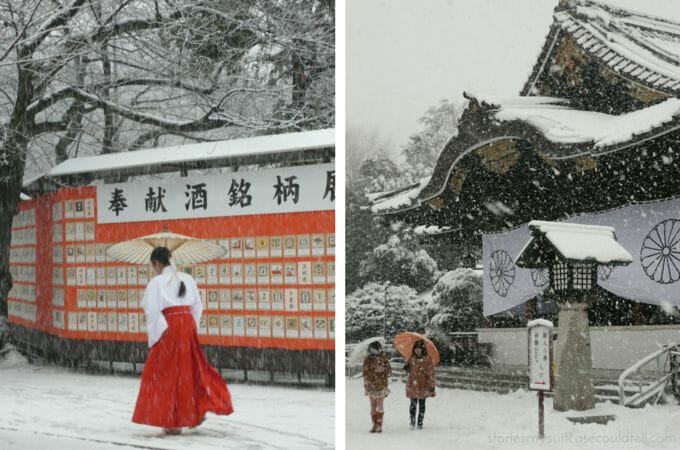 Have you ever visited any of these Japanese temples? Would you like to?

« Philadelphia: The City of Brotherly Love
Under The Tuscan Sun: A Girls’ Holiday in Italy »