A few weekends ago I was given the title of tour guide for family making the trip to New York.  If it’s your inaugural visit, and you only have a few days to get introduced to this global city, how can you cram it all in?  Here’s where to go, and what to do, first.

There are many tower tops from which to view the vista of New York City, but none can quite capture the classic magic of the Empire State Building.  Built in 1931, the Empire State Building was – at more than a quarter of a mile high – the world’s tallest building for 40 years.  It has been hugged by King Kong and stolen the show in countless films, from Sleepless In Seattle to Elf.  This architectural icon is still one of the city’s most popular tourist attractions, and rightly so. 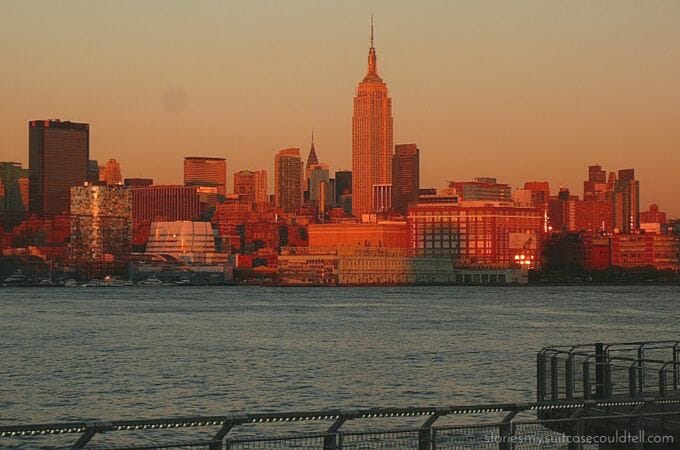 New York natives often despair at this neon-bright, bustling stretch of Broadway, but nowhere else quite captures the excitement of the city for a newcomer.  It epitomises the ‘bright lights, big city’ mantra like nowhere else.  Times Square is everything you expect it to be: yellow cabs zooming by, crowds of people, dazzling advertisements and superstores open later than anywhere else. 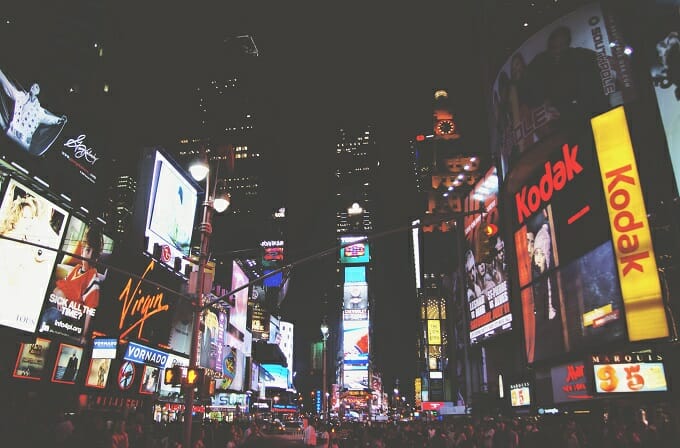 Central Park is a gem in a concrete jungle, a green oasis of 843 acres that encompasses a zoo, a lake and even a castle.  Some of the best spots to seek out include the beautiful Bethesda Terrace, which overlooks the Lake, and nearby Bow Bridge – this cast-iron bridge is the park’s most photographed sight, and a romantic location for lovers.  Music fans flock to Strawberry Fields, a designated ‘Quiet Zone’ and Garden of Peace where the Imagine Mosaic commemorates John Lennon. 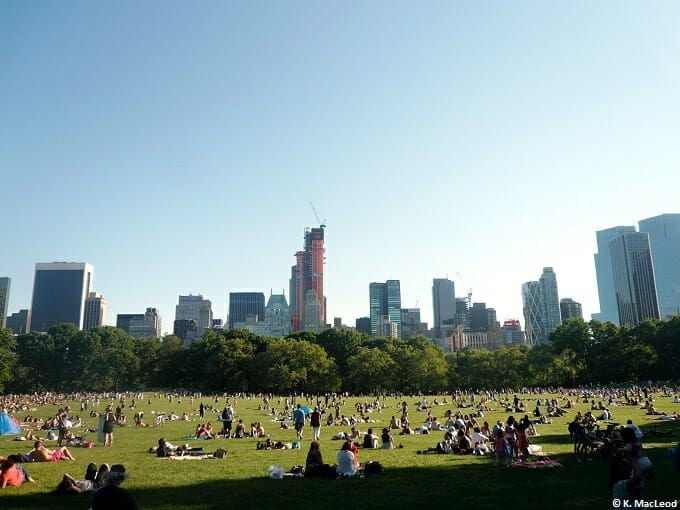 Walking across the Brooklyn Bridge is still one of my favourite things to do in the city.  On a sunny day, nothing can beat the wind in your hair and the view before you.  Whether you’re admiring the majesty of the downtown Manhattan skyline, the Statue of Liberty in the distance, or the beauty of the Bridge itself, this is one walk you have to make.

At its time of completion in 1883, the Brooklyn Bridge was the longest suspension bridge in the world.  It is as iconic an image of New York as the Empire State Building, gracing posters of student dorm rooms and starring in almost every television show about the city.  Given its fame, seeing the Bridge for the first time is quite the experience.

If you cross to Brooklyn on a Sunday, you’ll be rewarded with food in the form of the Smorgasburg food market under the Bridge; on any other day, you can relax in newly revamped Brooklyn Bridge Park or take a stroll along Brooklyn Heights promenade, with town houses on one side and river views on the other. 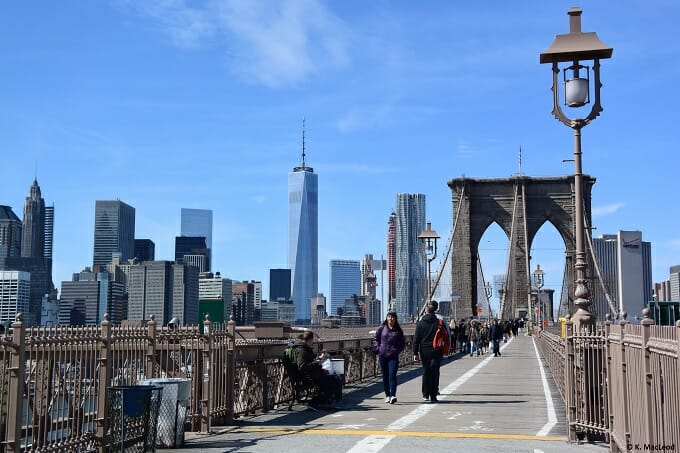 Often overlooked on an initial encounter with New York, the West Village is not to be missed.  Strolling through these charming cobblestone streets, with their beautiful brownstone homes and excellent corner restaurants and cafes, will make you feel as if you’re in a movie.

Pop into the stylish shops on Bleecker Street, or treat yourself to some of the area’s delicious dining.  Joe Coffee creates the best cup of coffee; cosy French restaurant Tartine does marvellous mussels; and Italian Rosemary’s grows all their fresh greens on the rooftop garden.  For a sweet second course, make for the original Magnolia Bakery and indulge in cute cupcakes like Carrie Bradshaw and friends. 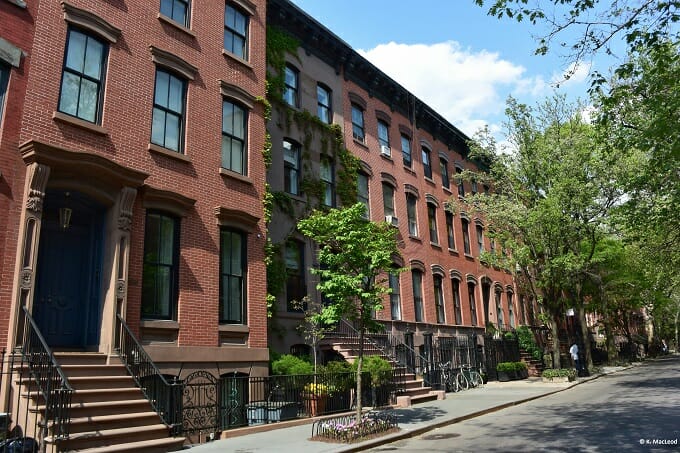 Immigrant entry point Ellis Island is interesting, and you can get up close and personal with the Statue of Liberty on the same trip, but the queues at Battery Park will be hours long before it’s even time for a mid-morning coffee.  The best way to see the statue on a first visit without missing out on other must-see attractions is to hop on the Staten Island Ferry.

The service is free and runs roughly every 20 minutes from Lower Manhattan, meaning you can cross the river and see Lady Liberty, before turning around and getting back on the next boat – this way you’ll get a great view of the city too! 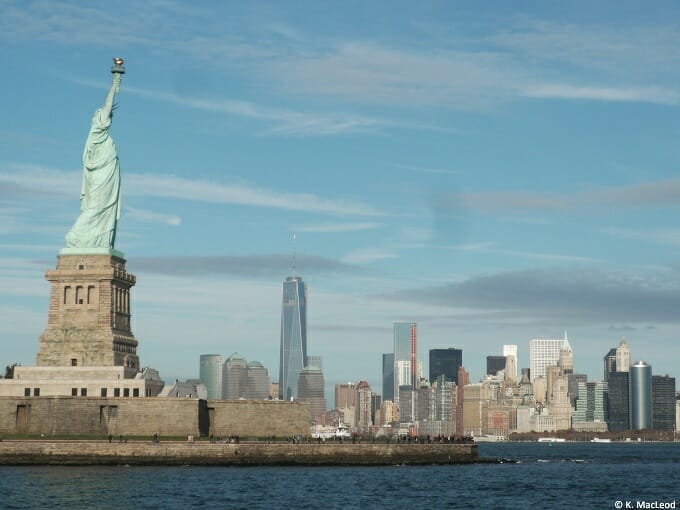 The High Line is a relative newcomer to the New York tourist scene; it opened in the summer of 2009 and is definitely worth a walk.  Running from 33rd Street down the west side of the city to the Meatpacking District, this elevated railroad turned public park provides an alternative view of the districts en route.

There’s food to feast on during your stroll, as well as art installations to ogle – but the real feast for the eyes is the city itself.   Visit in the evening, when the paths are less crowded with people and New York is lit up in all its glory. 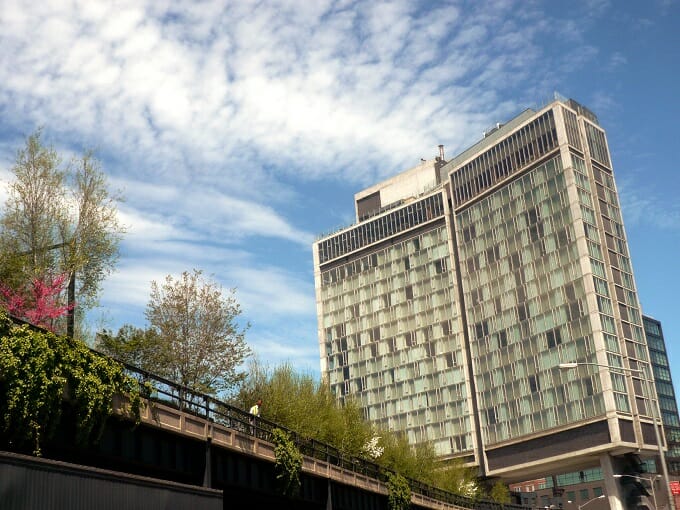 Have you ever been to any of these tourist spots? What would you add to my Beginner’s Guide to NYC?