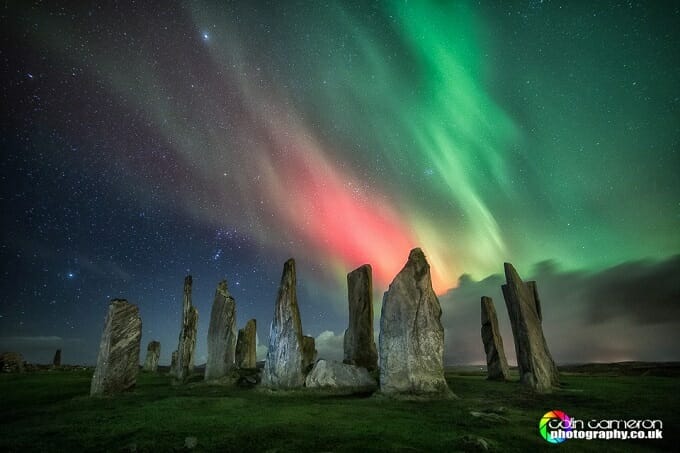 Known in Gaelic as Na Fir-Chlis, the Northern Lights are a common sight during winter on the Isle of Lewis, especially in Ness at the northern tip of the island.

Some people pay a fortune to fly to Iceland or the Arctic Circle to tick the Aurora Borealis off their ‘Bucket Lists’, yet locals on Lewis can simply stand at their front door when the winter nights close in and admire the geomagnetic view.

I’ve seen the Northern Lights twice, over a decade ago, but even though my memories are hazy, I know it was nothing like the show that took place this week – a show that, for once, was visible over much of the country.

This show was spectacular. 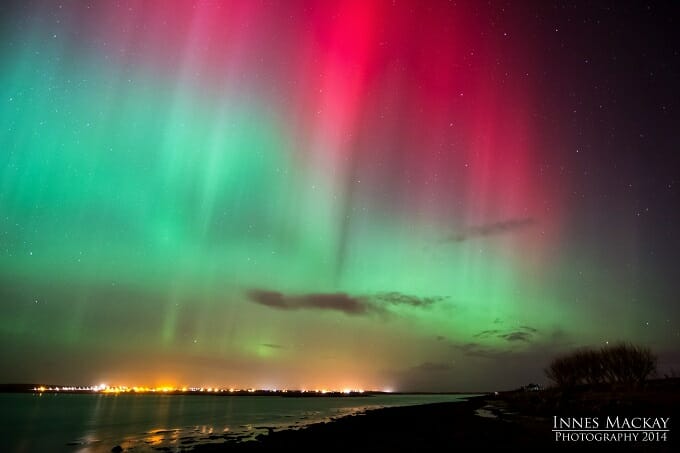 Experiencing the power of nature in this way was an almost emotional experience – plenty of people on social media admitted to shedding a few tears at the sight.

As clichéd as it sounds, it really did take my breath away. When my neighbours walked past with their dog, I was standing with my mouth open in amazement at the sky above me.  I can now say I truly understand the meaning of the phrase ‘awe-inspiring.’

It wasn’t just the colours – bright green and turquoise with an edge of red, changing in intensity with every blink – that were mesmerizing. It was the movement that entranced me. The aurora borealis really do deserve the name ‘the nimble ones’ or ‘the merry dancers.’ I watched, neck craned, as they danced a jig across the sky, a dance made even more distinct when the street lights were finally switched off.

Turquoise fingers of light reached out from the horizon to dance animatedly through the darkness.

The aurora were pulsing, shifting, and beating across a backdrop of glittering stars. For nearly four hours on-and-off I stood outside, unable to drag myself away despite the chill northerly breeze.

Two days later and I am still in awe of the late-night natural spectacle that is the aurora borealis.  I’ve never seen anything like it, and unless I’m very lucky, I may never see anything like it again.  Visit Scotland certainly got it right: 2014 is (already) a year of brilliant moments. 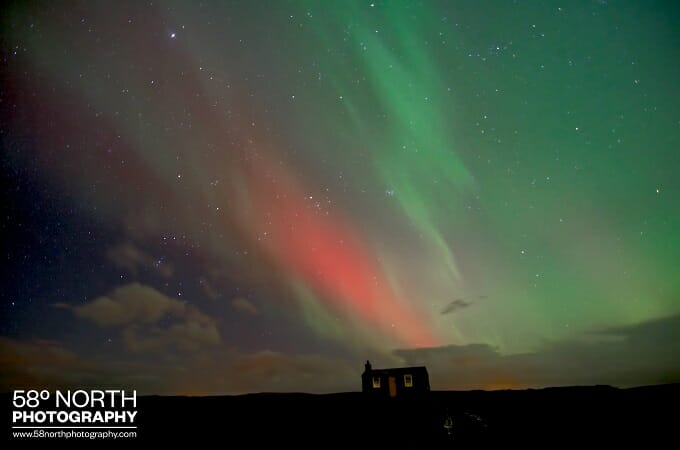 Thank you to the following talented local photographers who kindly gave me permission to use their images of the Northern Lights: Colin Cameron Photography, Innes Mackay, and 58° North Photography.

« Stories From The Silk Road in Xi’an
Roosevelt Island: A Spot of Intrigue in New York City’s East River »