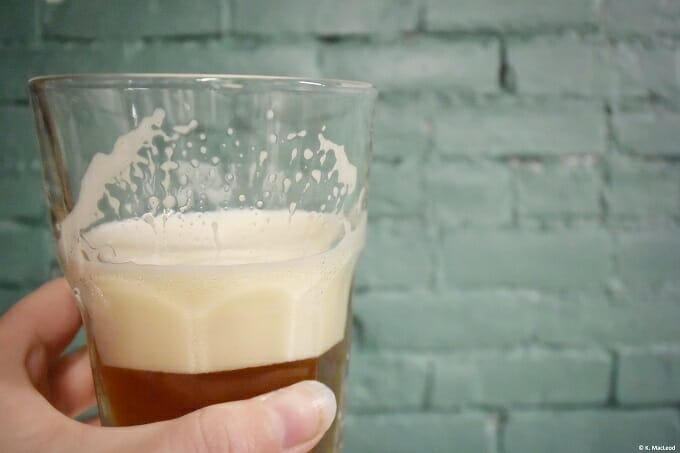 IPA. Pale ale. Aged stout. In America, beer can be hard to avoid – but that’s not necessarily a bad thing for discerning taste buds.  The microbrewery trend is on the up across America, and the small-batch brews that result are growing in popularity.

Even I – someone whose typical tipple of choice is a classic G&T or a sip of something sparkly – am a convert to the craft beer movement, as I discovered recently on a two-day trip to Johnny Appleseed Country in north central Massachusetts.

The state was slowly emerging from one of the worst winters on record when I stepped out of the rain with four fellow travel bloggers, and into the Gardner Ale House, located in the small New England town of the same name.  Since 2006 the restaurant and bar has been providing microbrews and eclectic American comfort food to Gardner locals and domestic visitors alike.

Gardner Ale House’s comfort food certainly comes with a twist.  We asked Rick, the owner, what dishes he would recommend, and we ended up with a variety of starters literally covering the table: calamari, crab cakes, buffalo chicken wings, and most interesting of all, pulled pork bruschetta.

Who would think of marrying America’s southern barbeque staple, pulled pork, with that Italian classic, bruschetta? I might never have ordered it without encouragement, but it ended up being my favourite food of the night, even surpassing my main meal of a grilled chicken burger with cheese, avocado, and salsa.

The beer came later, after our stomachs were filled and copious photos of food were taken (anyone who spends time with a travel blogger knows not to touch the food until the requisite images have been captured). 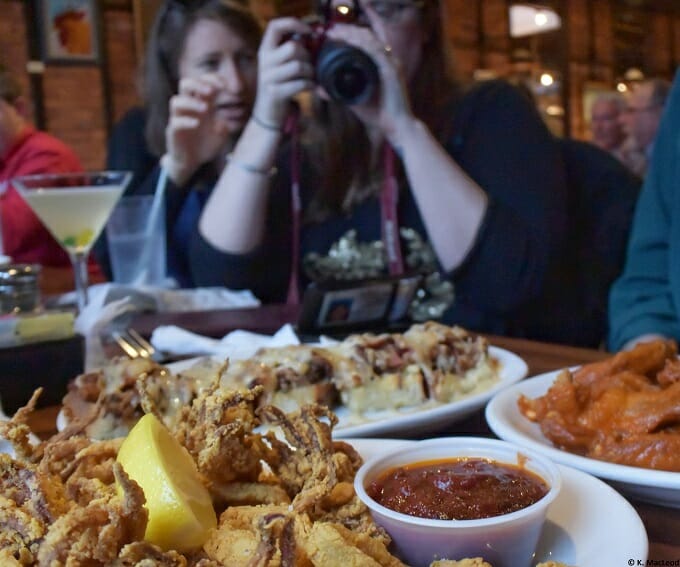 Gardner Ale House offers seven microbrews on tap at a time, and they’re brewed right here – in the basement below the bar.  You could be forgiven for mistaking the two large brew tuns at the back of the restaurant for being purely decorative, but they play a crucial role in the alcohol that flows from the taps.

It was in his own basement that Rick first developed his early home brews, but he describes himself more than once as “a businessman, not a brewer.”  Still, this businessman clearly has a love for the brewing process, one that he describes in entertaining detail as we stop at each batch of equipment.

The guided tour begins at what Rick calls “the kitchen, the hot house of making beer”, those tuns at the rear of the restaurant.  He passes around the ingredients in a good beer: a glass of hops (the key to making beer “tasty as hell”), and another of yeast, before lifting up his own glass of IPA in an indication of what the end result is.  But what exactly goes on under the bar at the Gardner Ale House?  We’re about to find out.

Downstairs the space is small but well used.  A repurposed chicken feed conveyor transports the crushed barley from the basement upstairs to the “hot house”.  It then comes back downstairs to the fermenters, which are designed in a conical shape to allow yeast to gather at the bottom. 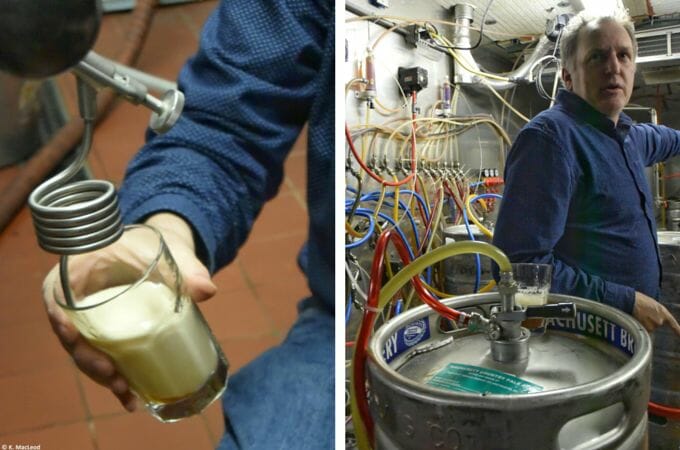 Rick crouches down next to a fermenter to give us a demonstration, pouring a beer straight from the source.  A ‘pigtail’ spout provides resistance, slowing the beer down. What comes out is a smooth Vienna lager, which we each get a taste of.  “Lagers are beautiful in that they have one strong note that comes through,” says Rick, explaining that lager has a lower temperature, and takes six to eight weeks to ferment, compared to the short turnaround of two to four weeks for an ale.

Next door is a small cold room filled with kegs, pumps, and levers; or as Rick puts it, “a big walk-in cooler with a lot of beer.  We can completely control the pressure of the beer upstairs using the beer bumps, making sure the beer has the right amount of carbonation.”

Our group was about to climb the stairs to leave when one of us noticed a collection of intriguing names stuck on the wall.  This is where each craft beer made on the premises is chronicled, from Chair City Pale Ale (Gardner was once the heart of a thriving local furniture industry) to Naked Stout.  “Ah, now, there’s a story behind that,” Rick begins.

Their latest stout was “going south”, and in an attempt to save the situation, the brewer was pouring yeast into the mix, with the end result of beer spraying everywhere.  Of course, the minute he stripped to his underwear in an attempt to save his clothes as well as the stout, the (female) restaurant manager walked downstairs.  In-jokes ensured at the Gardner Ale House, and the Naked Stout was born.

It is stories like this that make the Gardner Ale House stand out from the burgeoning craft brew crowd, an under-the-radar find in a country-wide community of more than 3000 small-batch breweries.  If you find yourself taking a detour through the quiet roads of Massachusetts’ Johnny Appleseed Country, grab a beer (and a bite to eat) in Gardner.  You might even get a laughter-filled tour of the microbrewery under the bar… 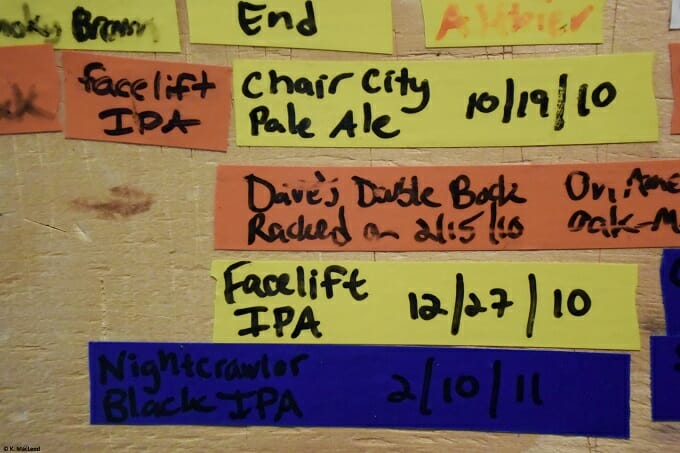 Many thanks to Johnny Appleseed Country for hosting us on our tour of north-central Massachusetts as part of the Women In Travel Summit 2015.

Have you ever visited a brewery, at home or abroad?