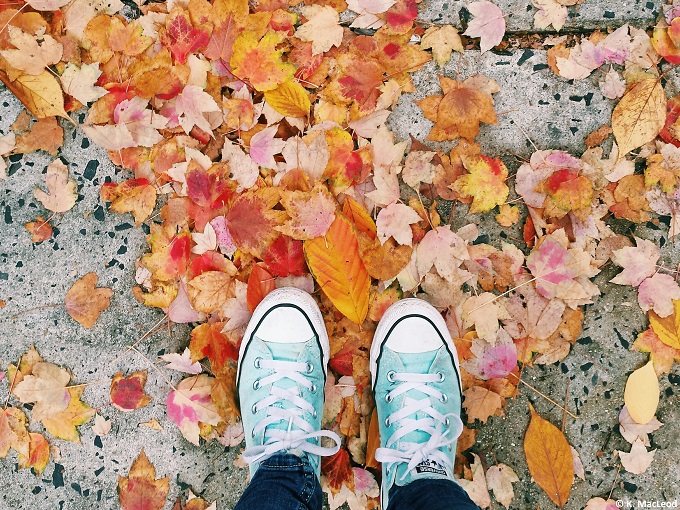 If you’ve read my post about Travel Plans and Dreams for 2015 (and how they changed unexpectedly), you’ll know that I’m on a mission to complete the ‘Take 12 Trips Challenge’ this year, with the goal of exploring at least one new place, near or far, each month.  Along with the challenge, I’ve decided to start a monthly round-up of suitcase stories: what’s been happening on (and off) the blog for the past few weeks.  So without further ado, welcome to November on Stories My Suitcase Could Tell… 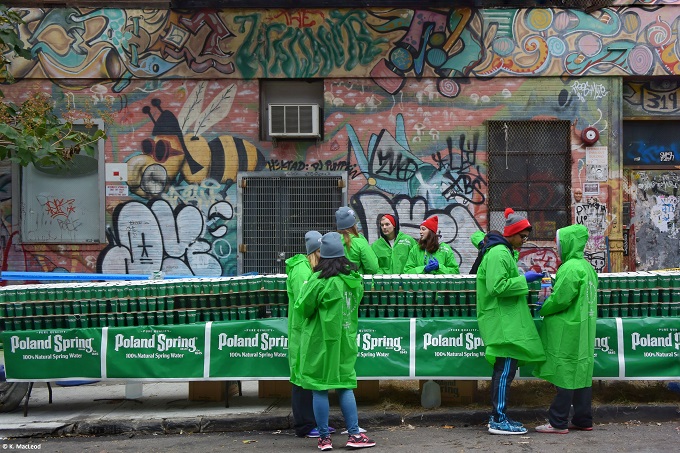 The big travel news this month: I crossed my first border in nearly a year!  Exactly 11 months to the day I arrived in New York, I flew to Montreal with my Mum, and we had a fabulous few days exploring this enclave of French culture in North America.  While I was there, I did an Instagram Takeover for Travelex UK (you can see some snapshots from the trip here), and had the most wonderful time catching up with an old friend who I met in China, and who is now in Montreal on a prestigious research fellowship.  The people you meet really are the best part of travelling!

Back in the States, there was a lot of local travel going on – appropriately, since I wrote of my love of local travel at the start of the month.  I put on my reporter’s hat to attend the New York Marathon – the biggest in the world – and write about it for the newspaper I work for in the Hebrides, and I was truly moved by the whole experience.  Seeing ordinary people of all abilities and ages tough out the last few miles in Central Park was nothing short of inspirational.

There’s nothing better than a good travel surprise, and I had one this month in the form of City Island.  Located in Long Island Sound and connected to the Bronx by a bridge, the island is little known to residents of New York, let alone tourists, and it was a wonderful escape from the city, within the city.

It wasn’t until I stayed at the Raffles in Paris that I understood the draw of a good hotel – before then, they were simply places to sleep while exploring somewhere new.  Since then, I’ve come to appreciate hotels and accommodation that offer something special, whether in the form of service, style, or a good back story – and the Loews Regency offers it all in spades.  Keep an eye on the blog for all the details!

The ‘Holidays’ officially start in the US with the arrival of Thanksgiving, and so we headed back to my husband’s childhood home in Arizona for some R&R (not to mention fresh air and those spectacular desert sunsets).  As I write this I’m looking out over the city and the mountains, and preparing to eat some more Mexican food for lunch… 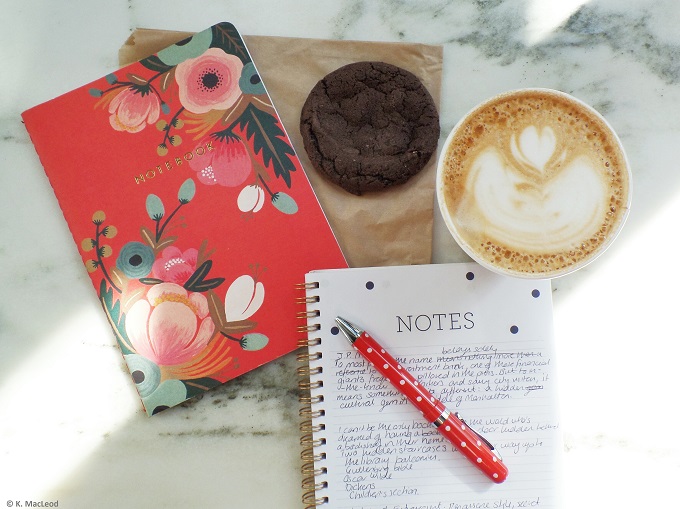 Why I Love The Idea of Local Travel

6 Reasons to Add Montreal to Your Travel Bucket List

Love is Life’s Greatest Adventure: A Review of Girls Who Travel

Celebrating 4 Years of Stories My Suitcase Could Tell

What I’ve Learned in 4 Years of Travel Blogging

A four-page spread in EVENTS Newspaper about two inspiring islanders who ran the NYC Marathon. 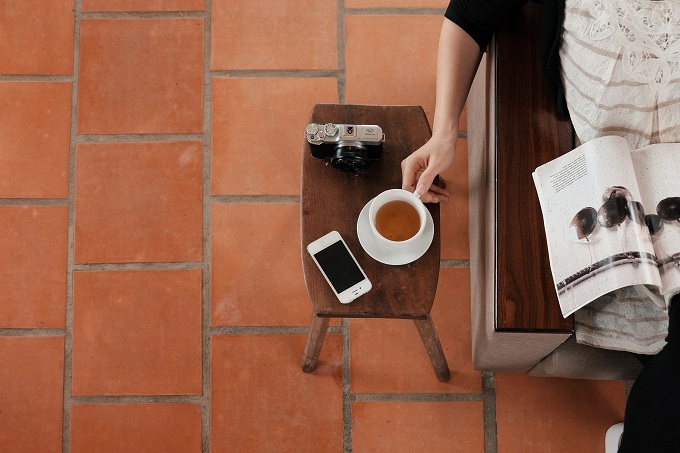 The Hush of November, Wandering with Val.

The town of Kennebunk in Maine is in the running for my favourite US destination (seriously, I’m in love), so I really enjoyed reading this post about what the town has been like this month, without the crowds of tourists.  Val and I connected online after she read my travel tale from Kennebunk, and we’ve swapped a few emails since. I highly recommend checking out the rest of her blog, which she launched in October – she has a wonderful way with words!

I adored this memoir about a relationship blooming across countries and continents: not only was it funny (Alison knows how to make fun of herself, and makes wry observations about the world around her), but it was moving too. I don’t want to give too much away just yet, as I’m planning on interviewing Alison for the blog soon, but it is absolutely worth a read.

Or in other words, the guide to the delicious flaky pastries I ate for breakfast on the way to school to Tianjin (and occasionally after a night out, fried and filled with an egg, spices and other delicious unknown condiments).  This article (and indeed the discovery of this entire website, and their detailed infographic on Chinese dumplings) made me really miss northern Chinese food.

In the wake of the terrorist attacks in Paris, a lot of people have discussing the dos and don’ts of travelling – some saying we shouldn’t be travelling at all, and others advocating fearless travel to the far corners of the globe.  Out of them all, my favourite was this, a sensible but emotional post by Anne Lowrey, who was recently robbed at gunpoint in Columbia, but is still resolving to travel – albeit with a healthy respect for fear and an awareness of her surroundings. 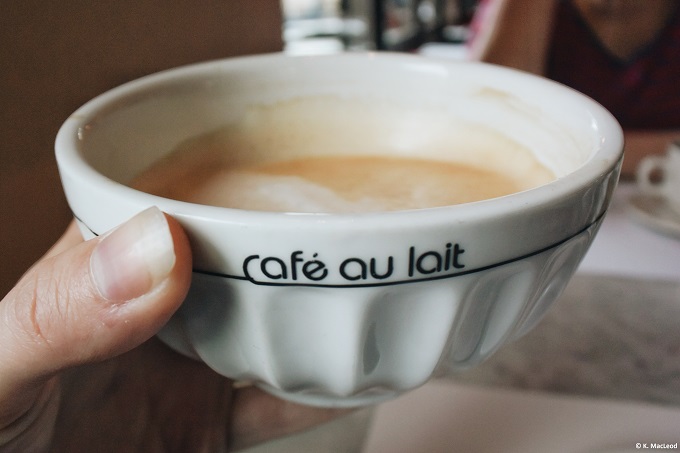 Baguettes for breakfast at Le Cafe Cherrier in Montreal.

This little cafe in the Plateau-Mon Royal neighbourhood was absolutely wonderful – it was so French I half-expected to see the Eiffel Tower out the window!  I opted for a perfect French baguette lightly toasted and smothered with butter and jam, while the added bonus of drinking coffee out of a bowl made the whole experience feel delightfully Parisian.

I first discovered Ess A Bagel during the summer I interned in New York, and I’ve been singing its praises ever since.  It’s the one place I recommend to anyone visiting the city, and the first place I take family and friends: it was worth waiting in the line that stretched out the door and along the street one Saturday morning to feast on freshly made bagels (a toasted everything bagel with butter and smoked salmon is my personal favourite!).

Tacos at Tacqueria Juanitos in Tucson.

Being only two hours from the Mexican border, Tucson is well-known for its Mexican cuisine, so our first stop on arriving in Arizona was Juanitos, a popular family owned restaurant in the Balboa Heights area of the city.  At just $1.40 each, it’s easy to eat half a dozen delicious tacos for an early lunch (or late breakfast!).

So there you have it: November on Stories My Suitcase Could Tell! What have you been up to this month?

« What I’ve Learned In 4 Years of Travel Blogging
Hiking in the Arizona Desert – in Skinny Jeans! »