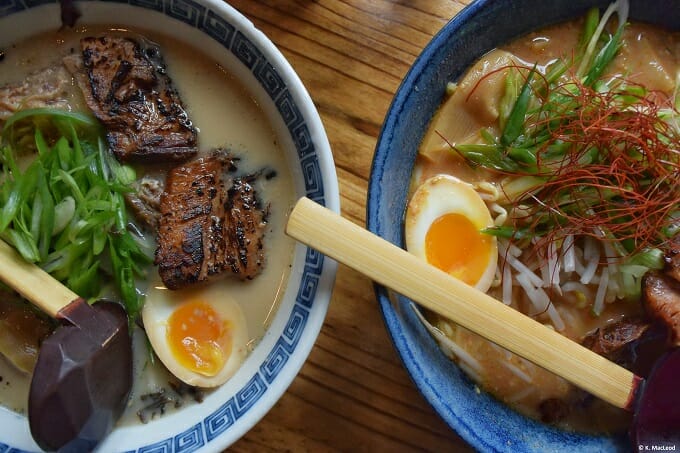 It was late one October night, and most of us were suffering the effects of one too many glasses of baijiu, China’s notorious national liquor.

This meant only one thing: food. Two of our crew swayed over to KFC, while the least wobbly of our group accompanied me to the nearby street grill.

I had no idea what was roasting on the skewers – and my Mandarin skills didn’t yet allow me to ask – so I struck up a conversation with the American next to me.  The rest, as they say, is history: four years of cross-continental flights, an engagement in Tokyo, and a wedding in New York City. I met my husband at that street food stall.

You could say that my 5am food preferences that night in Tianjin changed the course of my life, but it was travel that opened my eyes to the wonders of food in the first place. Four months earlier, and I wouldn’t have eaten those indistinguishable meats on sticks even if you had paid me.

I had always been known amongst family and friends as the ‘fussy’ one. I liked my sandwiches plain: meat, bread, absolutely no sauce. Pasta was a no-go zone (as a 19-year-old in Italy I survived solely on pizza and gelato), as were the likes of mushrooms and onions.

Then I moved to China. 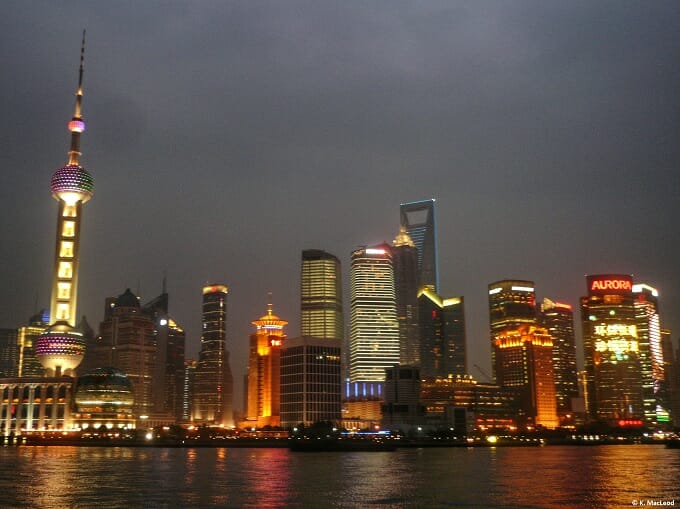 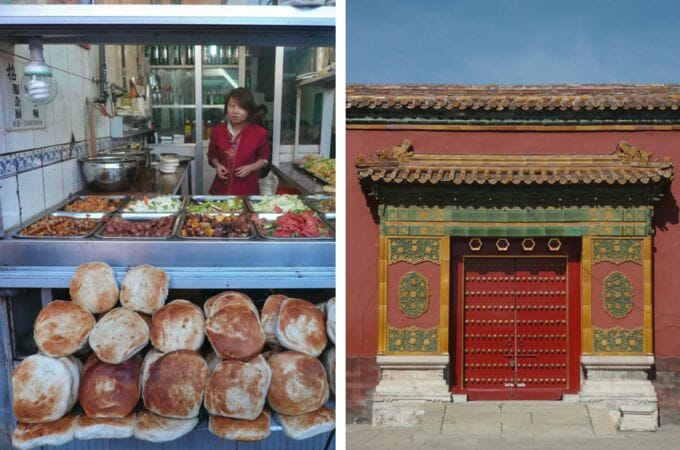 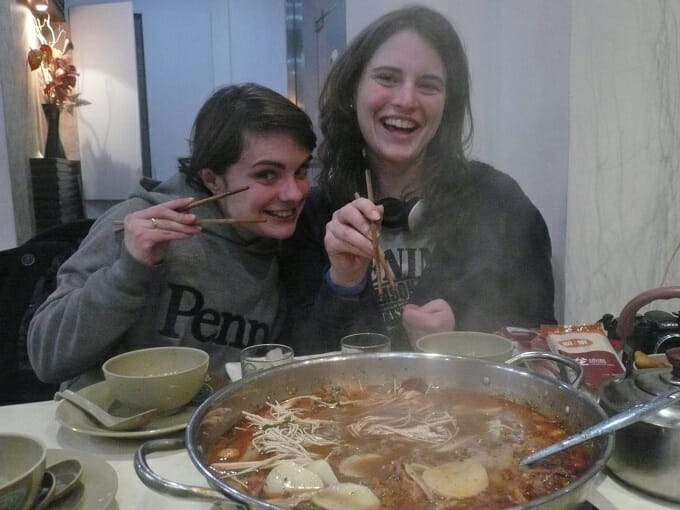 My year of living and working in Tianjin, fresh out of university, forever changed my relationship with food.

It was in Tianjin that I learned to love noodle soups and dumplings, and all those indistinguishable delicacies from street vendors. It was there I developed an obsession for shenjianbao, the cousin of the cult-like xialongbao, not to mention the Xi’an style chicken cumin burger that a neighbour cooked in her kitchen, and sold through her living room window.

Some of my fondest memories of that year are of gossiping with my best friends over hotpot near the Nan Lou subway stop, winding down after a trying day in the classroom with a hot spicy broth and a cool Tsingtao beer, or quickly slurping some soup from the Xinjiang eatery on the corner before making our way to Mandarin lessons. (And don’t even get me started on the wide varieties of bing, the delicious pancake-style snacks-to-go sold at street corners and market stalls.) 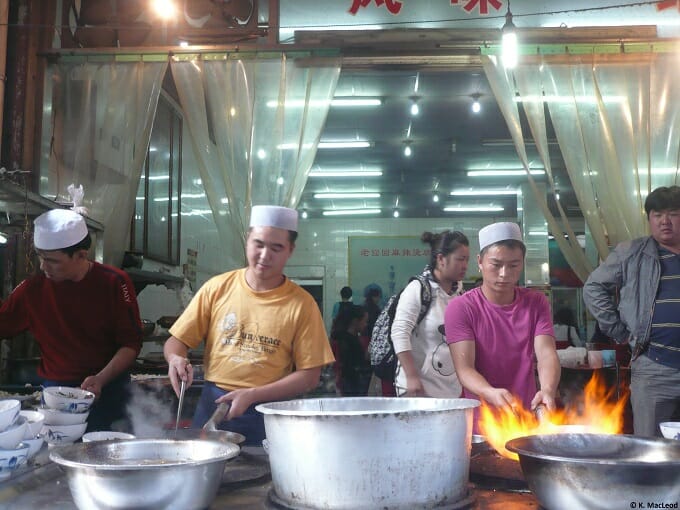 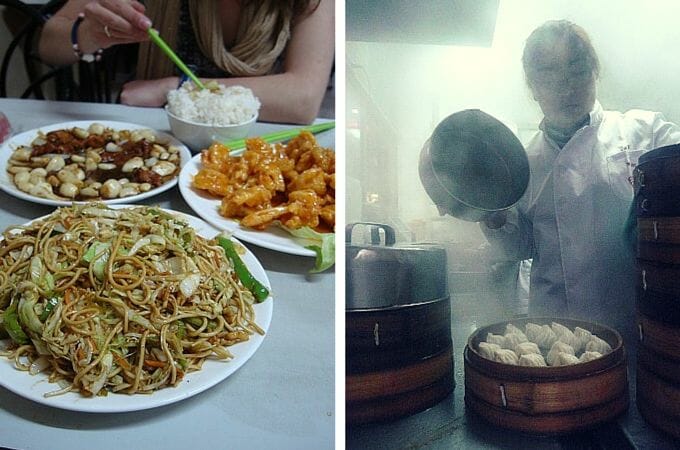 Thanks to travel that took me outside my culinary comfort zone, I now try everything that comes my way via a menu.

There’s no guarantee I’ll like it, of course, but I feel I have to give it a chance.  Chicken hearts in Flushing.  Jellyfish in Tokyo. Goat stew in Kenya. Foie gras in Paris.  Forget global foods – it even took travelling half way around the world for me to learn to love Stornoway Black Pudding, a delicacy from my childhood home that I had steadfastly avoided for most of my life.

Thanks to travel, I’ve come to appreciate that food is an integral part of a country’s culture, of the character and history of a place. Take the famous New York bagel, which shows the impact of immigration to the US, brought over by new arrivals from Eastern Europe at the turn of the 20th Century.  Or that take out favourite, sushi: long before it became a trendy thing to eat, it began life as a way to preserve raw fish using rice.

Even how and why we eat our food is cultural, as this TED story by Amy S. Choi shows.

In China it’s about texture; in France they focus on pleasure. For Italians food is a show of love, and in Arab cultures, it’s about community. Eating local food is a physical, tangible way of learning about a place and a culture when we travel. As the travel industry researchers at Skift put it, “In a time in which almost every experience can be digitized, food stands alone as stubbornly analog.”

I’ve gone from being a notoriously fussy eater to a more adventurous one, and while my appetite for cooking has not increased, my appetite for eating certainly has.  Now, wherever I travel, I look for the food.  What’s popular? What’s local? What is everyone else eating?  Given my recent history, it’s a fair bet to assume you’ll find me at the nearest street food stall. 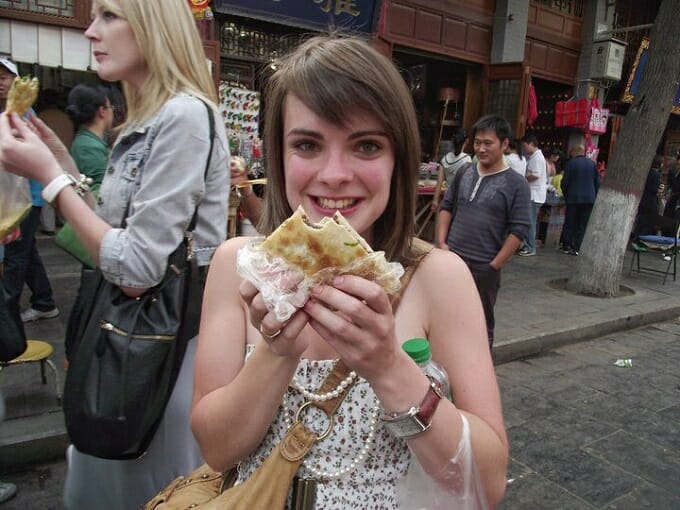 What has been your experience of eating local foods or national delicacies while travelling? Has travel affected your taste in food, like it has for me?

« Why I Loved Cape May in the Winter
A Taste of France in Canada: Exploring Montreal »