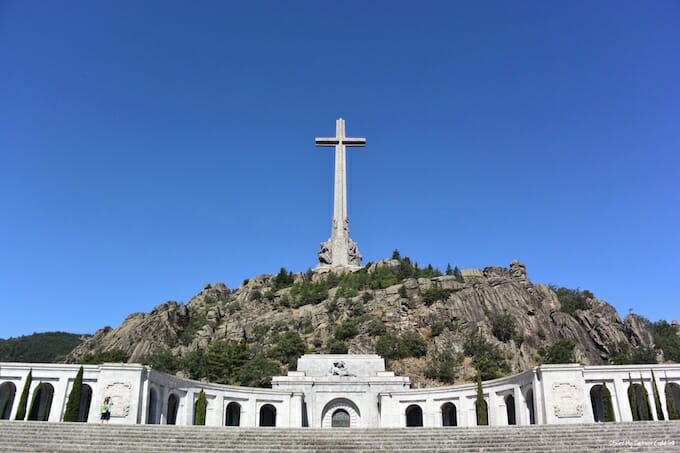 As we wound our way higher into the pine-covered hills of the Sierra de Guadarrama, the air got noticeably crisper.

It was still hot – this was central Spain in July, after all – but the air around us felt fresher than the stifling heat of the plains that stretch out around the Spanish capital.

In Madrid, my family and I had hired a car for the day to visit Segovia. Why didn’t we take the train, locals asked us? It would be faster and easier. We didn’t take the train because we wanted to stop off somewhere else en route; somewhere less-well known to outsiders, and one of Spain’s most controversial sites.

Through a gap in the trees we caught a first glimpse of our destination: an impossibly high cross, the tallest in the world, slicing the blue sky above the mountain.

There it was, the mark of Valle de los Caidos, the Valley of the Fallen. It’s the tallest point of a monument nominally dedicated to Spain’s Civil War dead, but also a shrine to the man who ordered it to be built, and who lies entombed in the basilica below the stone and rock: General Francisco Franco. 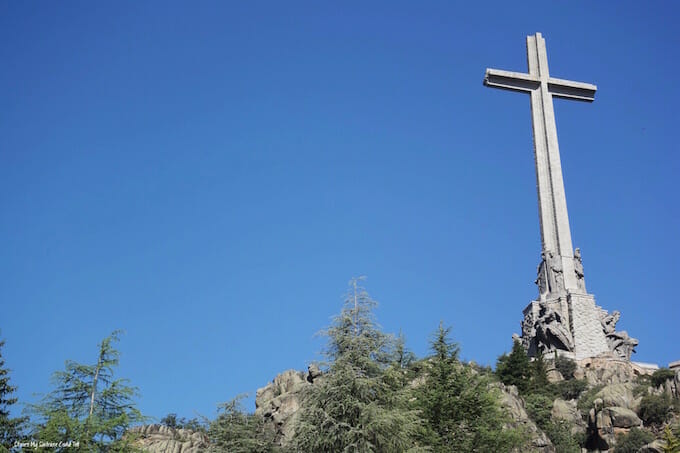 Franco ruled Spain as a dictator for 36 years, from the end of the Spanish Civil War in 1939 until his death in 1975. He ordered construction to begin on the Valley of the Fallen just a year after the war ended, as a national act of atonement. The building project lasted for 18 years, with prisoners of war used as labour. It’s now a burial place, a basilica, and home to the Benedictine monks who run the church, and live in the quiet abbey behind the mountain.

Inside, the cool darkness of the underground space was a startling contrast to the midday sun reflecting off the expanse of white stone outside.

Through an airport-style security gate, and past a small gift shop (one that makes no mention of the Civil War), we finally entered through the tall, carved black metal gates that led to the basilica itself.

In person, the chamber is long – 850ft long – and impressive. The ceiling soars above your head, the walls adorned with Biblical tapestries. Hooded figures carved from stone watch over the wooden pews, situated on a dark marble floor. The scale of this dimly lit place is almost overwhelming.

The bodies of more than 30,000 Civil War dead from both sides were brought here, some without permission from family members, to be buried in the walls and surrounding hillside – yet you’ll only see two marked graves. It was disconcerting, seeing the name of a Fascist dictator engraved into the stone floor behind the high altar, adorned with fresh red and white flowers. The same honour has been bestowed on Jose Antonio Primo de Rivera, the founder of the far-right Falange party. 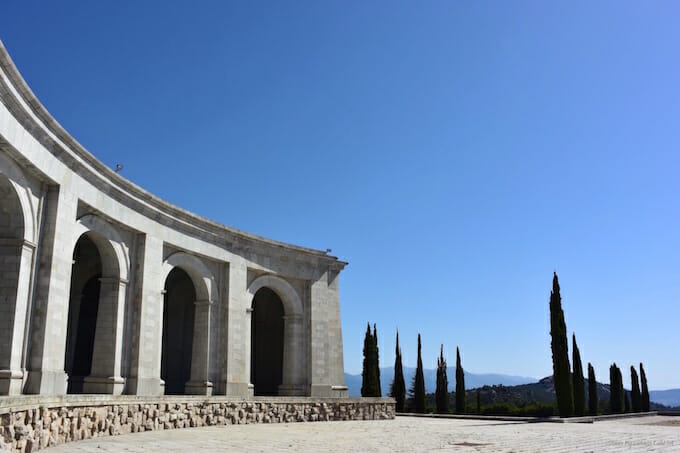 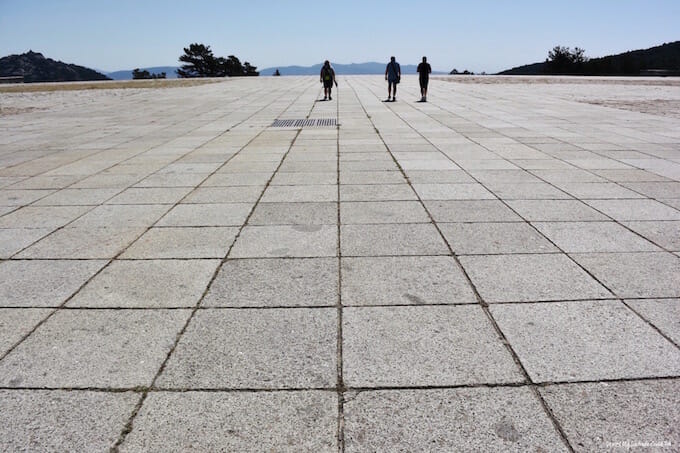 If you can put from your mind the impetus behind the building, you can maybe admire its scale, the prowess needed for its construction from cold rock and stone. Yet it’s impossible to forget the history behind the Valley of the Fallen, the reason for its existence. Even without the dimly lit hall and hooded carvings, the place would feel eerie.

Mass began as we made our way towards the exit, the choral notes echoing off the vaulted ceilings. An employee set up a red rope at the pews, cutting off the main area of worship from the entrance; only those visiting for religious reasons are allowed to remain in the pews during mass. Who were these people, I wondered? Who were the people choosing to worship at the tomb of a fascist dictator at 11am on a weekday morning?

I didn’t know, but I could wonder.

Spain’s democracy was built on an unofficial “pact of forgetting,” where politicians on both sides agreed to look to the future, not the past, pledging not to use the war as political tools against each other. In Madrid, for example, there is no official museum examining the war, or Franco’s dictatorship.

But the Valley of the Fallen still felt odd, despite that knowledge; after all there are no monuments to Hitler in Germany, or Mussolini in Italy. And below the towering cross high in the Sierra de Guadarrama, there is no historical context for visitors to this part of Spain.

As we left the basilica behind and drove back down through the pines, I felt both uncomfortable and intrigued.

Every country deals with its past differently, and the debate in Spain continues today. Some politicians have recently called for Franco’s remains to be removed, while others think the past should be left in the past. What the Valley of the Fallen and its weekday church-goers hinted at is that more than forty years after Franco’s death, and almost 80 since the end of the Civil War, Spain is still grappling with the meaning and repercussions of its recent history, and the role of the Valley of the Fallen. 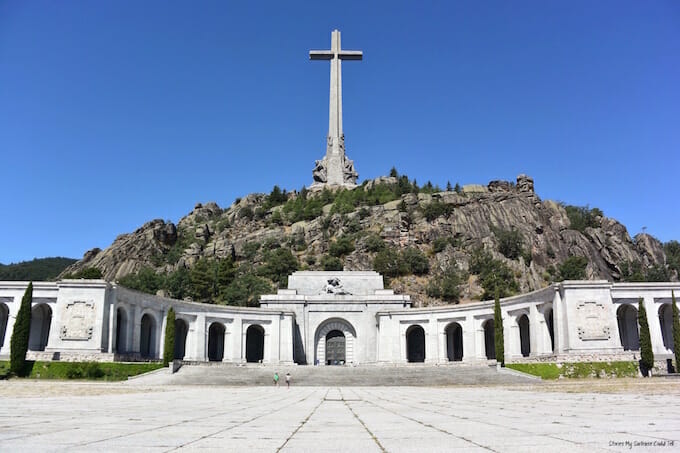 How do I get there?  The easiest way is to rent a car at the train station and drive, although buses do run from Madrid to the nearby town of Escorial. The Valley of the Fallen is open 10am-6pm from October to March, and 10am-7pm from April to September.

Where can I find more information?  I’ve been reading Ghosts of Spain by journalist Giles Tremlett, a look at how Spain has dealt with its Civil War legacy, and there are of course a wealth of articles available online. In researching this story, some articles I read included Facing Up to Franco: Spain 40 Years On; Spain may at last be able to confront the ghosts of the civil war; Controversy over monument to Facism’s fallen; and Plan to Exhume Franco Renews Spain’s Wrestle With History.

Have you ever visited the Valley of the Fallen, or been surprised by a historical site on your travels?

Let me know in the comments below – I’d love to hear your thoughts.