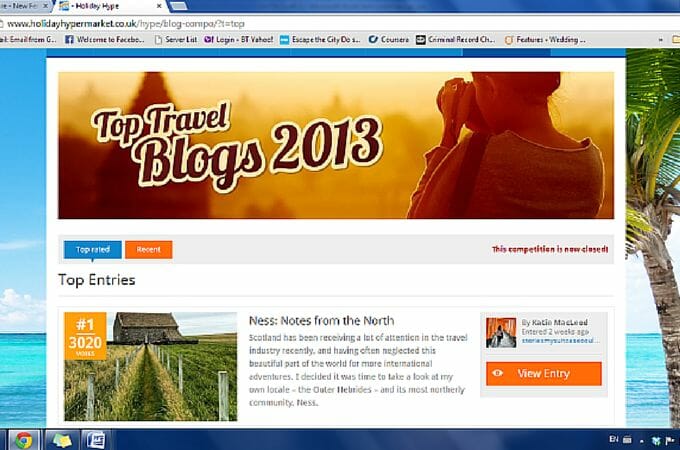 Despite their distinctive culture and stunning scenery, the islands of the Outer Hebrides remain something of a well-kept secret in the travel industry, a location less exposed to the traditional traveller than the neighbouring Isle of Skye, or the majestic Highlands of Scotland.

While I like these Scottish stalwarts as much as the next person, and adore going on international adventures, my heart will always belong to these hidden gems at the edge of the Atlantic.

I love sharing my passion for this part of the world with anyone who will listen, so when I discovered that travel company Holiday Hypermarket were running a national competition to find the ‘Top Travel Blog of 2013’, I knew I had to enter a travel tale from the islands.

What I didn’t expect was the overwhelming response to my chosen story, ‘Ness: Notes from the North.’

The support was staggering.  Friends and family voted for it, of course; but so did local business owners, national politicians, well-known novelists, and island fans from around the world.  Kind comments flew in from near and far; a local newspaper ran a report on my post; and the headline image of St Moulag’s Church in Ness was shared repeatedly on social media. 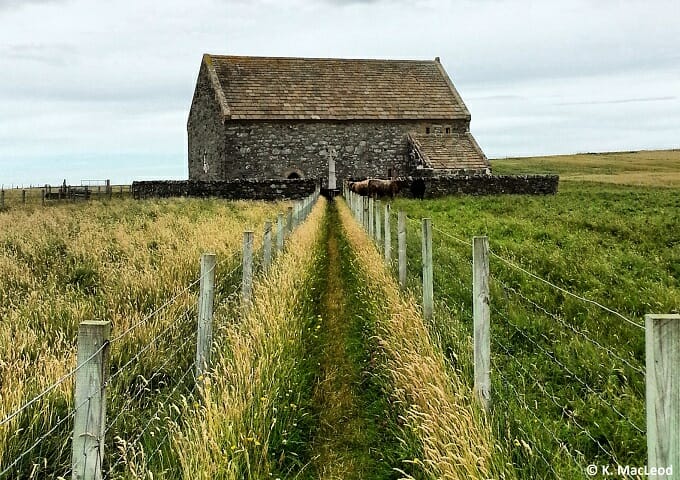 At the end of January the competition closed with ‘Ness: Notes from the North’ taking the top spot.  I was shocked. I had entered with the hope of promoting the Hebrides and letting people know my blog was out there.  Competing as I was against far more established bloggers, I didn’t even entertain the idea of winning.

But I did – I won! I won the first prize of £1000 in holiday vouchers, a Nokia Lumia 1250, and the title of Holiday Hypermarket’s ‘Top Travel Blog of 2013.’ For me, it wasn’t really about winning, but knowing that people out there were reading and enjoying my writing – something that means a lot to this local journalist.

I have every single person out there who read and voted for ‘Ness: Notes from the North’ to thank for helping me and my Hebridean travel tale win the title.  ‘Grateful’ doesn’t quite cover the extent of my appreciation – I really can’t thank you all enough.

Given the reaction to ‘Ness: Notes from the North’, I think it’s fair to say that the Hebrides steal the heart of everyone who meets them, turning a holiday fling into a life-long love affair.

So what are you waiting for?  Make 2014 the year you head to the Outer Hebrides, and get started on your own Scottish love story with the islands.