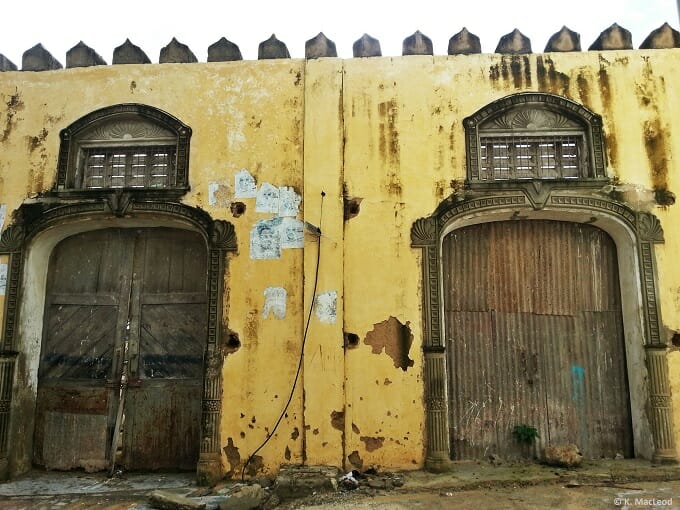 Mombasa was full of life.  You could almost feel it pulsing: chaotic, messy, loud, and exuberant.  Whether it was the clamour of tuk tuk horns and calls to prayer, or the whiff of warm, raw meat mingling with curry powder, Mombasa made itself known.

Colour caught my attention among the damp, dilapidated old buildings that hinted at former glory days.  Over-ripe bananas in a hand-drawn cart.  Geometric patterns and bright hues on a billowing headscarf.  Reds and greens and blues on shop fronts and signs, the colours helping the hustle for business.

Our guide, Philip, walked us through the old town, filling us in on centuries of history and everyday information along the way.  Mombasa is one of East Africa’s oldest settlements, and home to the region’s largest port.  We started outside Fort Jesus – built by the Portuguese in 1591 – and entered the Old Town on a path bordered by bougainvillea.  Wide streets soon gave way to dark, narrow alleyways, all bearing the same signs of damp, decay and memories of past prosperity. 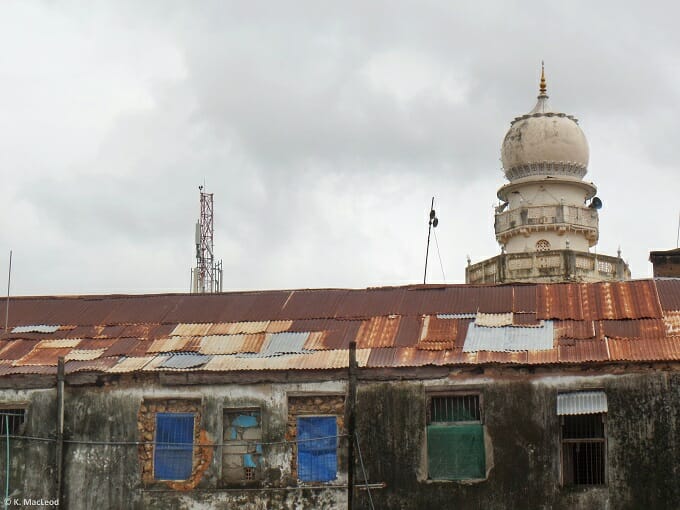 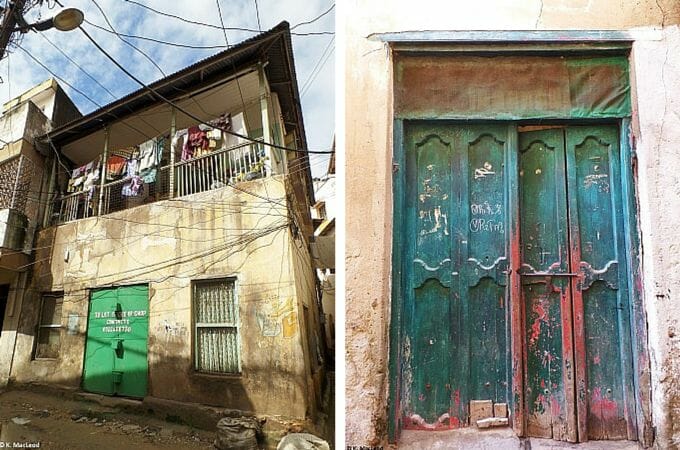 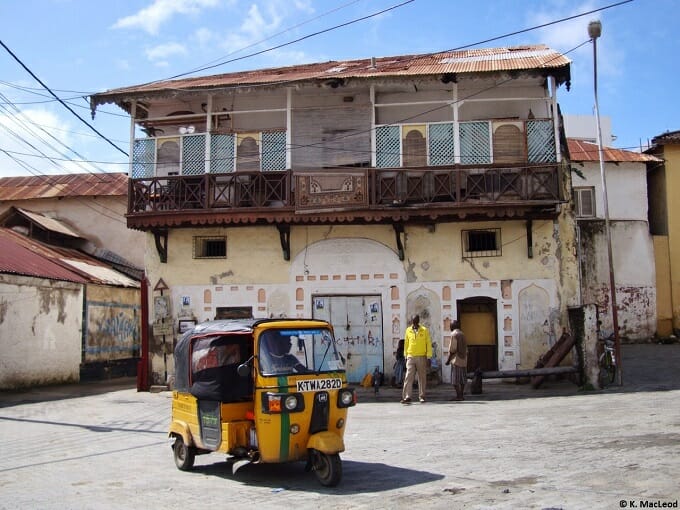 The Portuguese, the Omani Arabs, and the British have all played a role in the history of this island city, and it’s evident in the architecture.  Carved Swahili doors and Arab-style balcony railings sit next to what were once smart British government buildings.  Turkish rugs hung out to dry, babies watched the world go by, and stray kittens stalked the streets.

We passed the oldest mosque in Mombasa (there are 49 of them in a city where the majority of the residents are Muslim), and stepped inside the Fish Market.   The catch was yet to come in, and we watched as the boats prepared to sail for Zanzibar; Philip explained that the fishermen used to head further north, but the threat of Somali piracy forced them to change their route.

Entrepreneurs were everywhere.  Women sat at the side of the street with Singer sewing machines, or selling fruit.  One man carried a cart filled with fresh tanks of drinking water.  Another was bringing halal meals to sell to the faithful attending a modern-looking mosque. 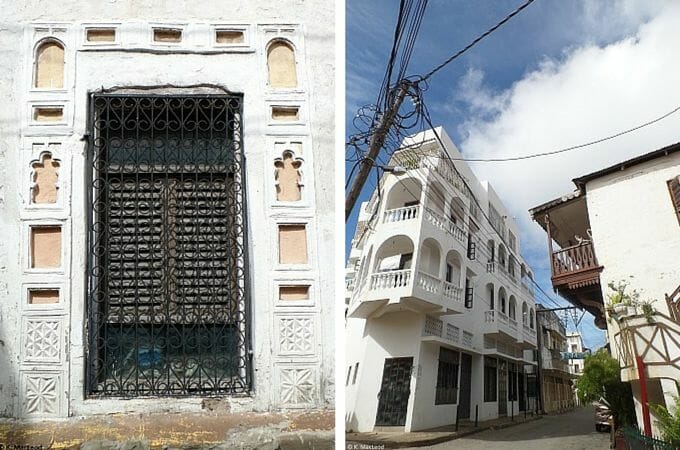 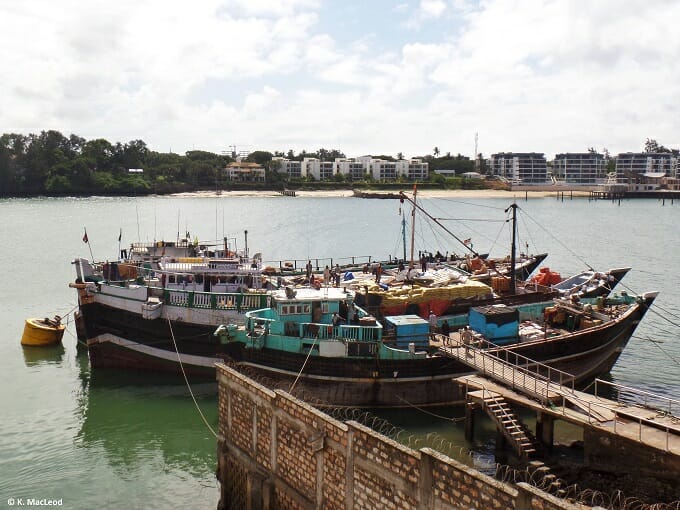 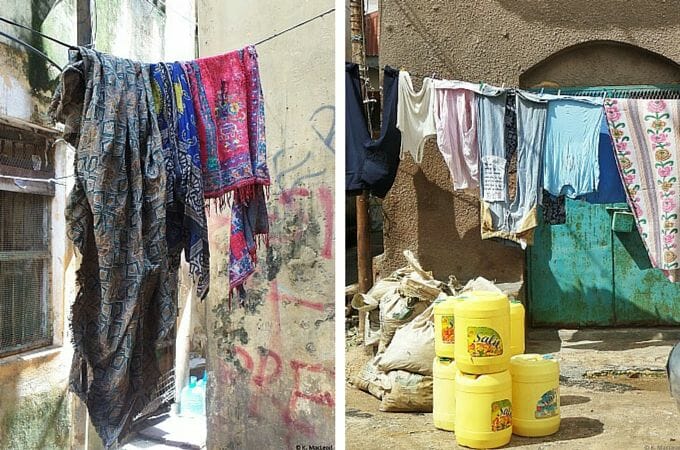 Mombasa was once a famed spot for its spice markets, so we stopped in one shop where we eagerly breathed in the aromas from the powders presented to us.  Round the next corner was the covered fruit market, built by the British in the early 19th century.  Inside was chaos and colour: fruits and vegetables, bags of spices, stall owners hawking their wares, and customers crowding the narrow aisles.  The meat market was next door, and you could smell it before you saw it.  One vendor tried to sell me a whole (raw) goat, but I opted for a photo of the carcass instead.

After the bustle of the markets, we paused for coffee in an air-conditioned cafe, complete with free wi-fi.  It felt distinctly separate from the scenes of neglect few streets away.  But even here the roads were pitted and potholed, something we couldn’t fail to notice as we bumped along in the jeep to visit a wood carving cooperative, and drove under the famous ‘tusks’ that arch over the busy city streets.

Finally, it was time to return on the Likoni ferry.  Thousands of people use it to commute from the suburbs to the island city every day, and the sight is staggering: watching the passengers disembark is not dissimilar to seeing a sports stadium empty after a football match.  It wasn’t long before the city and its tropical chaos disappeared behind us.  The next time we saw it, we would be under Foreign Office orders to fly back to Britain.  In one afternoon, Mombasa, like the rest of Kenya, had seeped under my skin. 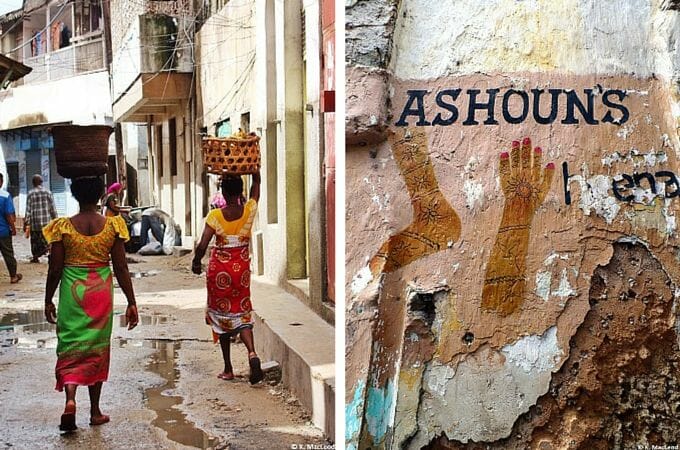 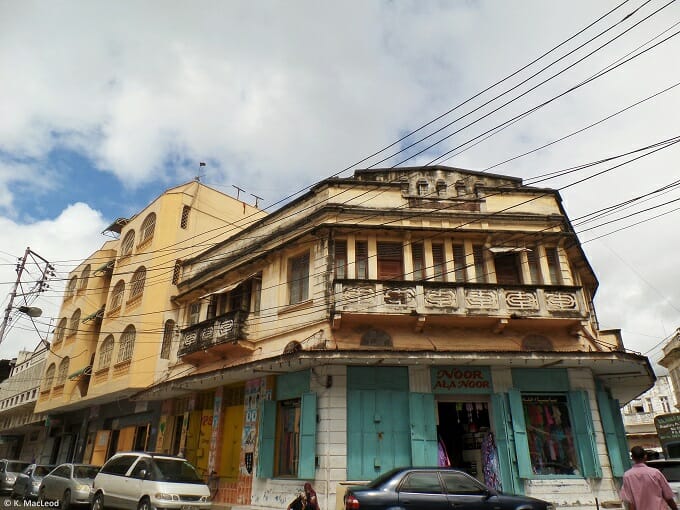 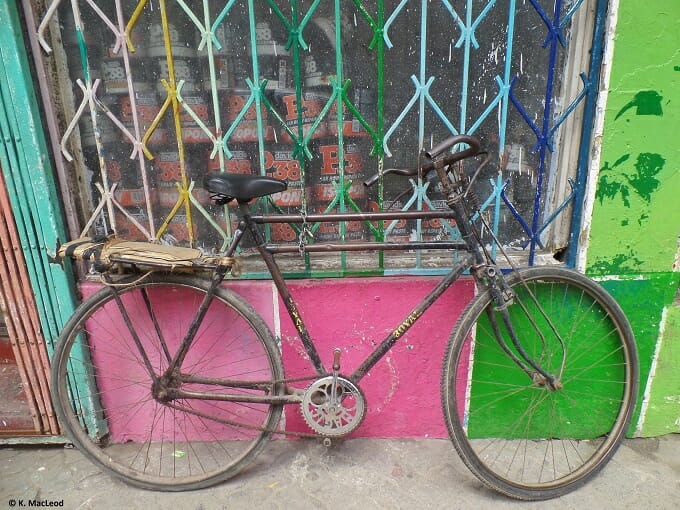 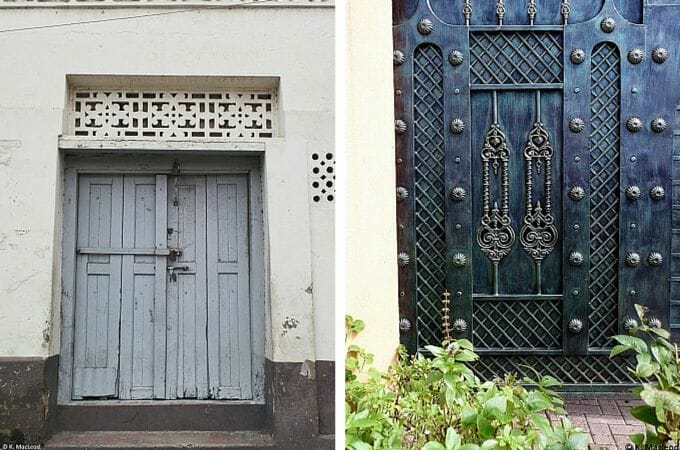 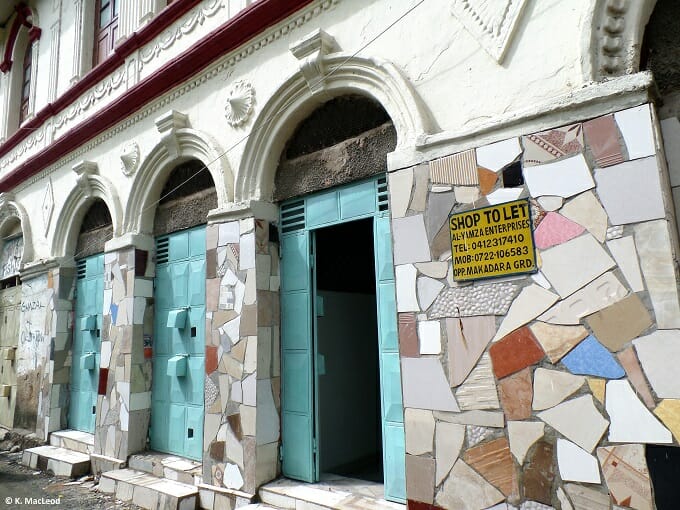 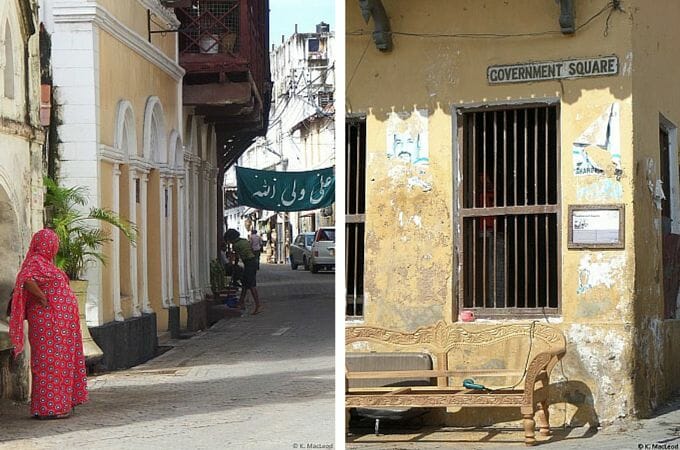 Have you ever been to Mombasa, or would you like to visit? Let me know in the comments below – I’d love to hear from you!

« Support Stories My Suitcase Could Tell in the Cosmo Blog Awards!
HebCelt 2014: Festival Fun on the Streets of Stornoway »