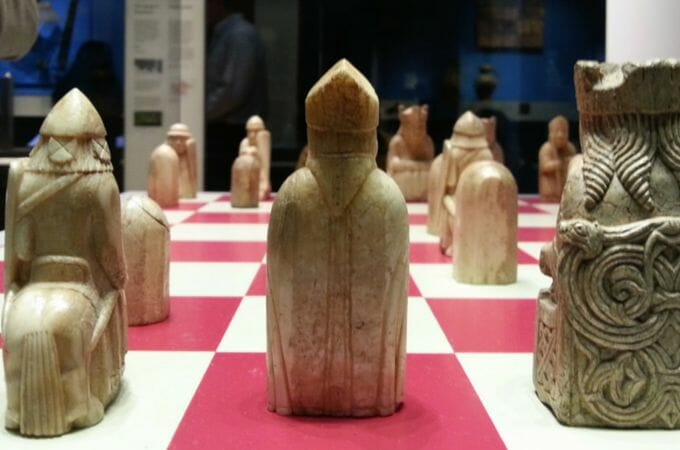 Standing on the white sands of Uig on the Isle of Lewis is a slightly surreal experience.  You’re on a beach, but you can’t see the sea (at least not without a swift 15 minute walk to the waves). It’s beautiful, even on a dark day, but it’s famous for more than the stunning scenery: this is the spot where the Lewis Chessmen were first discovered in 1831.

The Lewis Chessmen are a collection of 93 individually hand-carved walrus ivory chess pieces, whose history arcs from Scandinavia to the centre of London via the sands of Uig.  Their status here is shown by the tall, oak carving of a King on the machair of Ardroil, and another at the local Community Centre and Tearoom, which also offers a small exhibition on the chess pieces and other aspects of the area’s history.  If the Chessmen look familiar, it might be because you’ve seen replicas play a cameo role in the first Harry Potter film, The Philosopher’s Stone.

It’s widely accepted that the Lewis Chessmen were crafted in Norway, most likely in the town of Trondheim during the 12th century.  There were strong economic and cultural links between Norway and the Outer Hebrides then, but how the pieces ended up hidden in the Uig sands is still a mystery; legend has it that as luxury commodities, they may have belonged to a travelling merchant.  Whatever their origins, they were discovered in the early 19th century by a terrified local crofter, who thought he had stumbled across ‘the little people’ – fairies or gnomes. 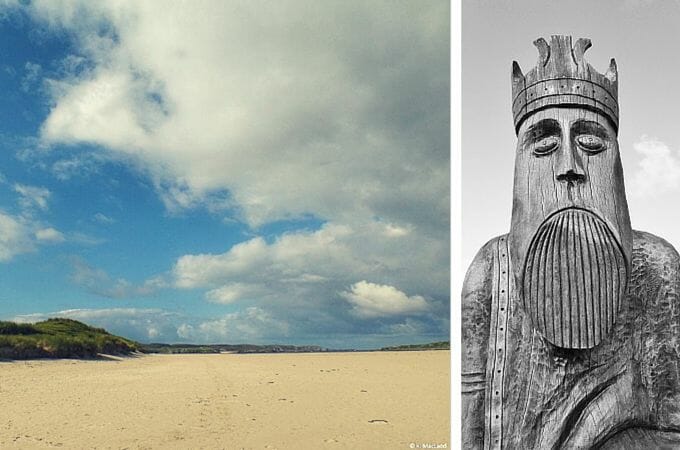 There’s a strange but peaceful sense of isolation here in Uig, with only two other people on the beach, the clouds and hills bigger characters than us.  There’s no-one else on the road either; my phone screen reads ‘Emergency Calls Only’.  It’s a stark contrast to the Chessmen’s permanent home, in the British Museum in London, which I visited a few weeks later.

Knowing where to start in this beautiful, classic (and incredibly busy) building is difficult, as there is such a wealth of history waiting to be discovered.  Luckily for me, I knew exactly what I was looking for: the Chessmen.  The woman at the information desk was able to direct me to them without even glancing at a map, which I was very impressed by – the British Museum is huge.

I found the Chessmen on the same floor as the infamous Egyptian Mummies, in a glass case surrounded by hordes of eager tourists.  Placed on the appropriate squares of a chessboard, they appear ready to play – all but the Queen, who looks dreadfully bored.  When you’re up, close, and personal with the pieces, the effort that must have gone into creating these intricate details and comic expressions is clear to see.

The majority of the Chessmen – 82 pieces – have a permanent home here in Bloomsbury, with 11 on show in the National Museum of Scotland in Edinburgh (some experts say these 11 are ‘the pick of the bunch’).  Various pieces are often loaned to prestigious institutions around the world; I first laid eyes on a few in the Metropolitan Museum of Art in Manhattan, thousands of miles from the Atlantic coast of Uig.

As of next summer, however, a small rotating selection of the pieces will be on show in Museum nan Eilean in Stornoway, when it reopens in the renovated Lews Castle.  Nearly two centuries after they were found here and christened with the island’s name, the Lewis Chessmen will once again have a temporary home in the Western Isles.

From Lewis to London and back again, the trail of the Lewis Chessmen is an intriguing one – and yet another reason to head to the Outer Hebrides. 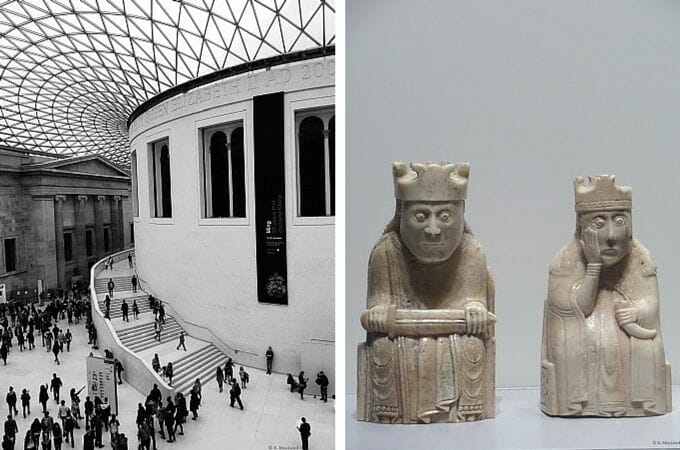 Have you ever seen, or heard of, the Lewis Chessmen? What do you think of their mysterious story?

« On Disconnecting: An Unintentional Digital Detox
The Dylan: A Hidden Gem Hotel in the Heart of Amsterdam »