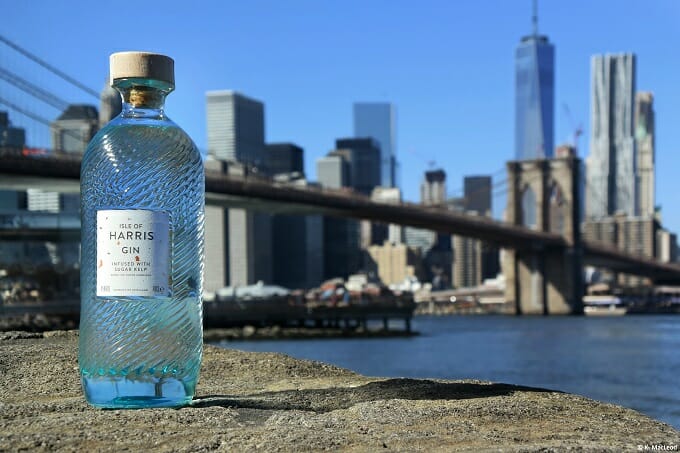 In the local news, filling up my Facebook news feed, looking intriguing all over Instagram.  Everyone, it seemed, either had a bottle of the coveted Isle of Harris Gin, or was trying desperately to get their hands on one.

The Isle of Harris Distillers, located on the shores of Tarbert harbour on the Isle of Harris, officially opened their doors at the beginning of the October.  By then, in the handful of days following the Grand Opening ceilidh, the first batch of gin – all 1004 bottles – had already sold out.  News travels fast in the Outer Hebrides, and praise for the gin was no exception.

I was on the other side of the Atlantic, watching proceedings from afar: just how was I going to get my hands on a bottle of this Isle of Harris Gin?  As the second batch of gin was being approved by the Nosing Panel, my brother was already on the case, arranging a road trip to Harris to pick up a bottle.

Thanks to his fast thinking, I am now the happy owner of a beautiful bottle of the Isle of Harris Gin!

And it is beautiful – even before you get to the spirit itself, the bottle draws you in.  Every label is unique, featuring flecks of sugar kelp, one of the main botanicals. It seems almost a shame to break the delicate seal, one which details the exact coordinates of the distillery.  Then there is the lined glass, glass which appears to sparkle and shine in all the maritime shades of the sea. 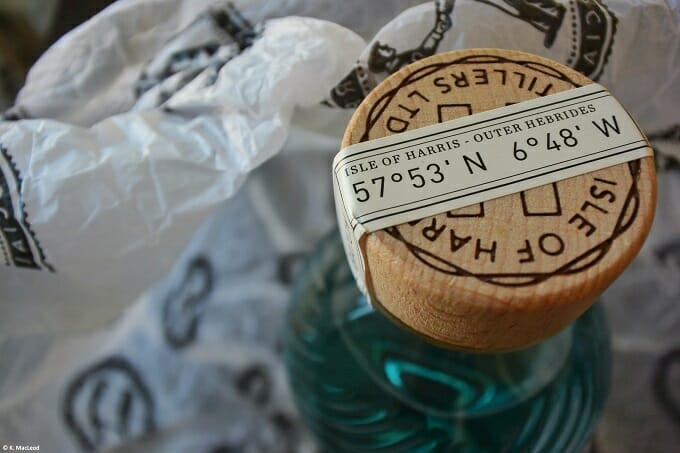 The UK makes 70 per cent of the world’s gin – yes, really! – and the Isle of Harris distillery is the latest to join this illustrious tradition.

While a whisky needs an absolute minimum of three years before it can be called a malt (and at a least a decade to satisfy the palettes of the most avid whisky fans), gin can be distilled in mere days.

So even though you’ll be waiting a few years for the Hearach whisky, if you’re fast enough, you can enjoy the gin in the meantime. Personally, I’ll take a G&T over a dram any day, so I’m certainly not complaining.  After taking the island export on a welcome tour of New York City (where it attracted plenty of enquiring glances), it was time to taste the spirit itself – and it’s something special.

Made with nine different botanicals – including juniper, coriander, and cassia bark – the Isle of Harris Gin tastes delicious, not to mention distinctly different to any gin I’ve sipped before.  It’s the sugar kelp which really shines through, giving the gin its fire and reflecting the land and maritime culture from which it comes from; I was impressed to learn that this kelp is “hand-harvested by a local diver from the deep underwater forests of the Outer Hebrides.”

Of course, the only thing better than sipping the Isle of Harris gin here in New York City would be enjoying it at the source, at the head of East Loch Tarbert.

Which, combined with the history, the scenery, and the welcome you’re sure to receive, is just another great reason to visit the islands of the Outer Hebrides.  I’ll be there myself next spring, and you can bet I’ll be investing in another one of these beautiful bottles of gin when the time comes. 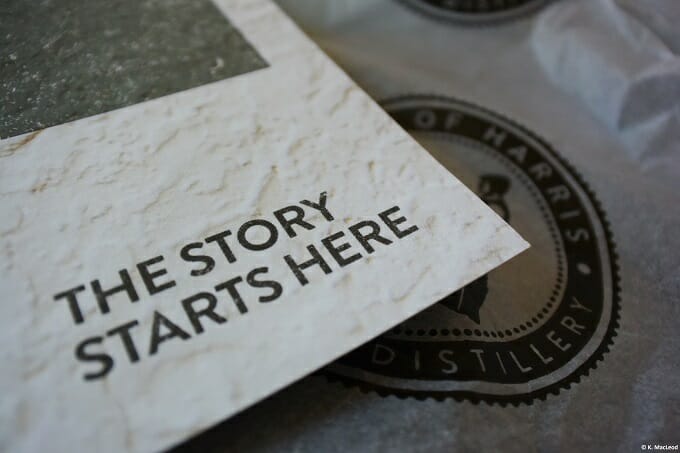 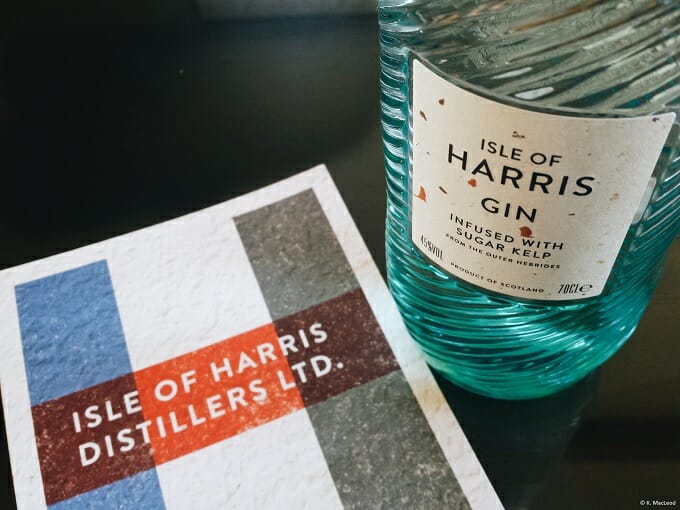 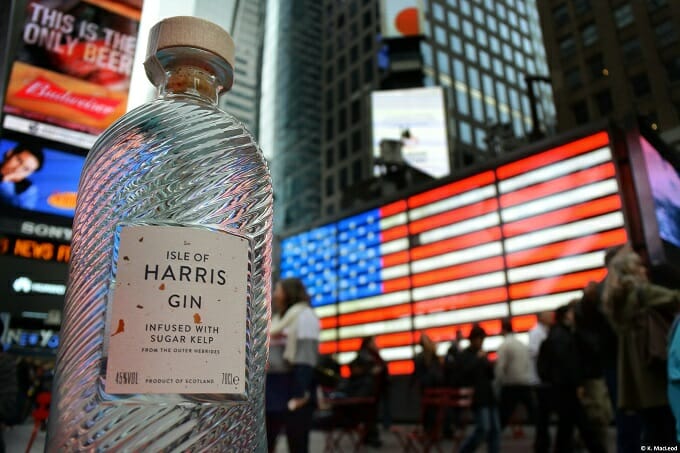 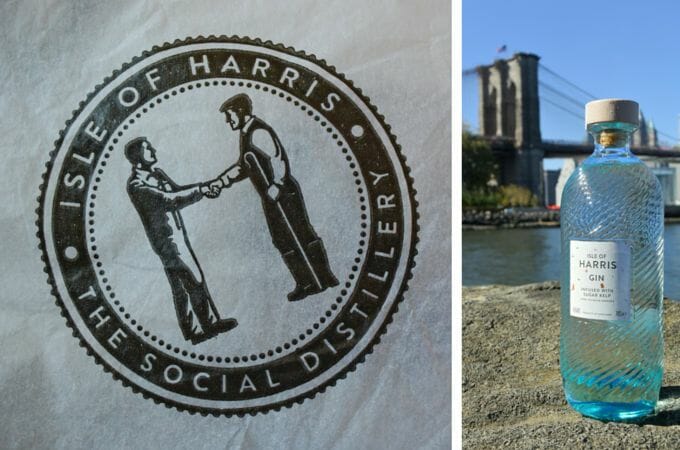 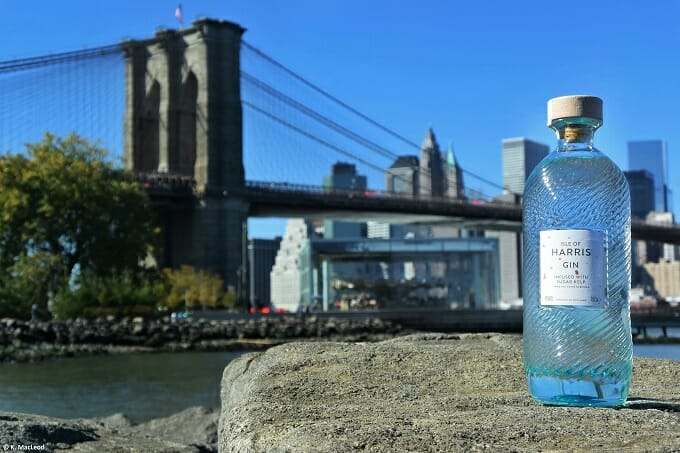 Have you tried the Isle of Harris Gin, or would you like to? What did you think of it?

As of January 2022, the Isle of Harris Gin can be bought online, in person at the Harris Distillery, at one of the click-and-collect stockists in the UK, or in various locations around the world – check the distillery website for more information.

Whisky, Gin, and Scones: A Visit to the Isle of Harris Distillery

A Local’s Guide to Visiting the Outer Hebrides

« An Expat’s View of the Importance of Language
Suitcase Stories: October 2015 »