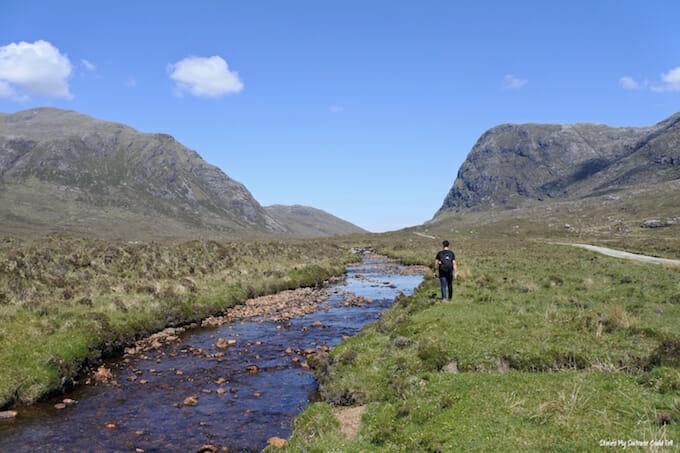 We had almost given up waiting when a pair of Golden Eagles burst above the ridge.

Only just visible to the naked eye, the two birds swooped and soared back and forth across the rocks of Glen Meavaig as my husband and I, along with a handful of tourists armed with binoculars, oohed and ahhed and tried to keep up with their antics.

We were at the Eagle Observatory, built in 2012 by the North Harris Trust, an ideal destination for anyone with an interest in bird watching: the Outer Hebrides has one of the highest densities of breeding eagles not just in Scotland, but in all of Europe.

Eager to see some eagles – and eager to make the most of the best weather the islands had seen in years – that morning my husband and I had put together a packed lunch, filled our water bottles, and headed out into the Harris hills. 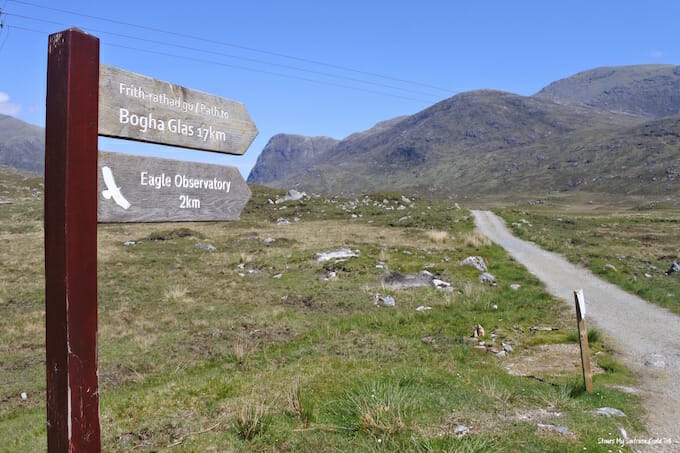 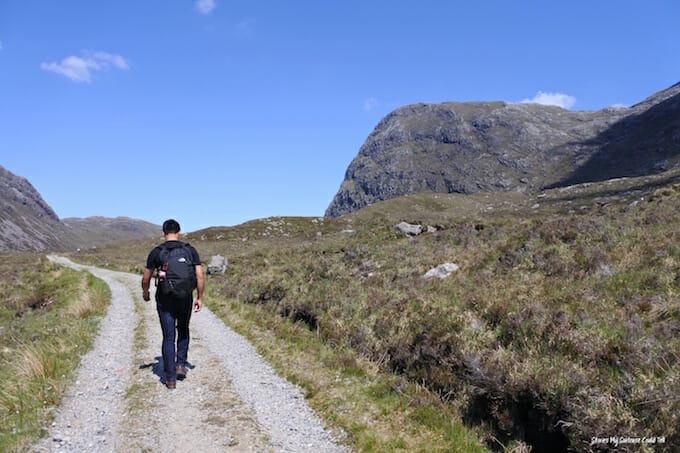 For me, though, seeing the eagles was merely an added bonus on our walk out to the North Harris Eagle Observatory.

After months of city living, what appealed to me most about the two kilometre walk was the openness. The sound of the peaty river trickling over stones. The crunch of dried heather underfoot. The sight of bog cotton, swaying heavily in the heat. The fact that walking on a rough track through moorland below a hot, empty sky, conjured up long-gone memories of my childhood days at the peats.

Peat is the traditional – and until relatively recently, the most common – form of fuel for heating homes in the Outer Hebrides. As a child, I loved “going out to the peats,” as for me, it meant lots of time running around the moorland playing games and enjoying a picnic at the end of it. (It was quite the opposite, however, for the adults doing the difficult work of cutting and lifting them!).

Peat-cutting is a lot less common these days, and Glen Meavaig would probably have been largely unsuitable for the job anyway, the hills rocky and high on either side. But going out to the peats was probably the last time I was really out in the moor or the hills, more than 20 years ago now. Too long, I thought, as I breathed in that distinct heathery smell and watched the eagles swooping overhead. 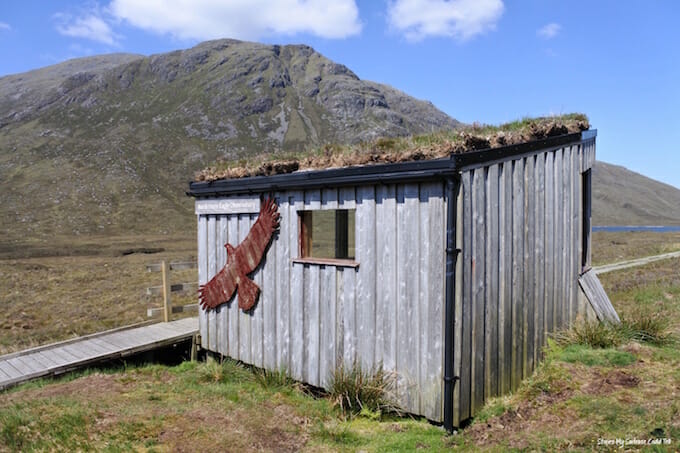 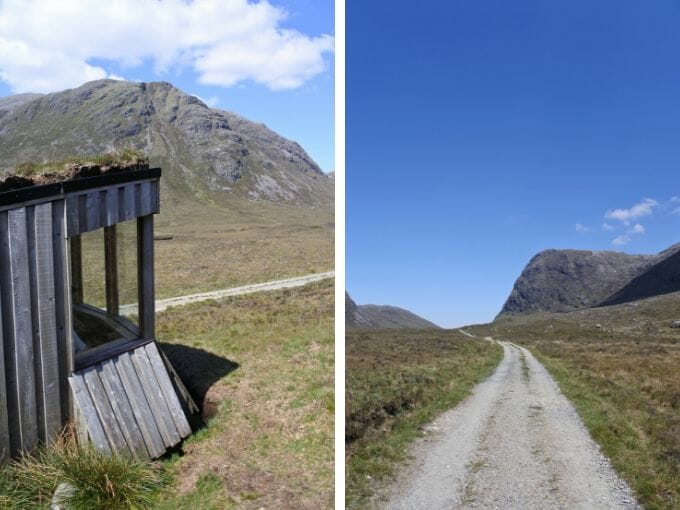 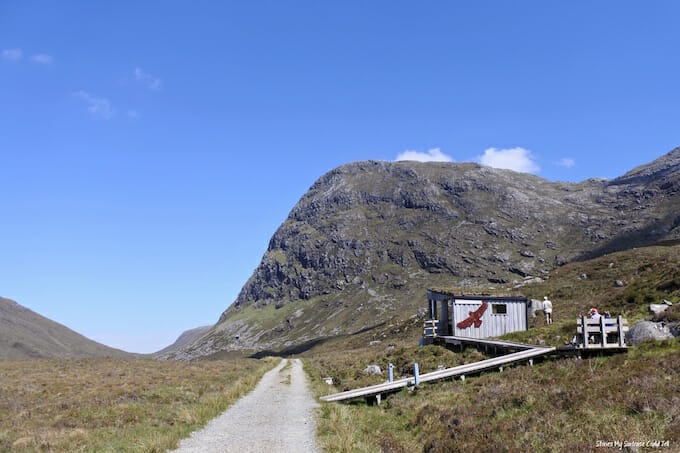 For twenty minutes the eagles flitted from crag to crag, occasionally breaking above the hilltop, before finally soaring together over the glen and out of sight.

The pair of Golden Eagles are not alone here. In the wooden-and-turf observatory, the visitor log recorded sightings of red deer just that morning, while the information boards on the walls were filled with details on how to spot sea eagles, grouse, and ravens. Wherever these animals were, we didn’t see them that day; they must have been (sensibly) hiding from the heat.

Although the Observatory is relatively new, the track through the hills that leads to it has been in use for far longer, and would have once been used as a footpath between villages. We could have walked further into the hills – all the way to the village of Bowglas near the border with Lewis – but when the eagles left, we did too.

We ambled back along the track, the lure of the West Harris sands on a hot day too strong to resist, the sound of the river tinkling alongside us as we went, the bog cotton still swaying in the breeze.

How do I get there?  From Tarbert, drive north on the main road and turn onto the B887 that leads to Huisinis. Once you reach Meavaig, you’ll see a small car park and a gate leading to a track that’s signposted for the Eagle Observatory. From there, it’s a relatively easy 30-minute walk.

What should I bring with me?  Comfy walking shoes (trainers did me fine, although one got stuck in a bog and needed a good scrub when I got home!), plenty of water, and if you want to see the birds properly, a good pair of binoculars!

Have you ever visited the North Harris Eagle Observatory, or would you like to? Do you enjoy wildlife spotting on your travels?