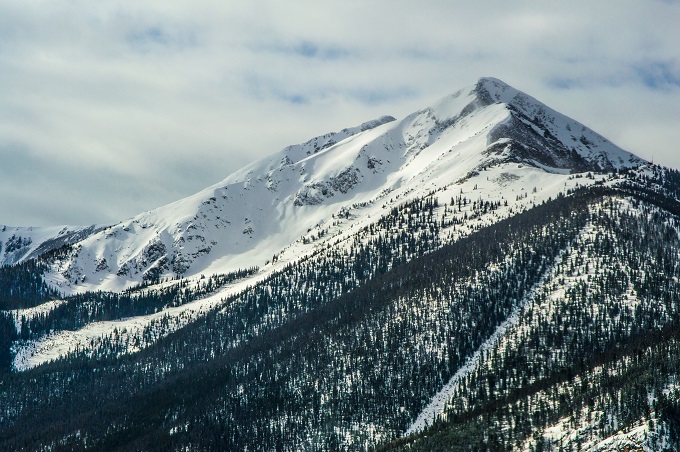 Think of the stereotypical American college ‘spring break’ and you probably think alcohol, bathing suits and beaches.  Most of the time that’s an accurate analysis, be it in Miami or Mexico (I chose the former in 2009) but sometimes spring break can be surprising, as I found recently when I joined some still-student friends on a road trip to the Utah mountains.

Starting in Arizona and stopping off in Vegas en route, the journey by road to Salt Lake City is a long one.  My friends – locals in comparison to me and my Scottish island accent – thought the scenery was sleep-inducing, but I found it fascinating.

Empty desert miles changed to rocky outcrops and grassy planes stretched to pine-covered peaks.  There was even a tantalising glimpse of the red rock towers of Utah’s Bryce Canyon.

Although we stayed in Salt Lake City, we spent our time on the slopes at Snowbasin.  Forty minutes outside the state capital, the mountain at Snowbasin is worth the extra mileage.  The queues are quick, there are slopes to suit everyone and the lodges are simple yet upscale, with squishy sofas arranged around roaring fireplaces.

The food isn’t bad either: if (like me) you’ve spent a morning sitting in the snow with a board strapped to your feet instead of sweeping down slopes, then the grizzly chilli is the perfect pick to warm you up.

The mountains are advertised as “The greatest snow on earth”; unsurprising, given Salt Lake City played host to the Winter Olympics in 2002.  Aside from the snow I hear there is biking, hiking and climbing.  Home to no fewer than five national parks – including the mystical Monument Valley and Moab arches – the 45th state is almost unrivalled if you’re an outdoor enthusiast.

Take a trip and experience it for yourself: there is much more to Utah than its Mormon heritage.

Eat: Crown Burgers.  At this Salt Lake fast food chain (featured on U.S. TV show Man V Food) a few dollars will get you a truly castle-sized burger: patty, cheese and a royal tower of pastrami in between the buns.

Visit: For snow sports, head to Snowbasin.  Within the city limits, stop at Temple Square.  I only viewed it from afar, but the stereotypical symbol of Salt Lake is one of the city’s most popular tourist destinations.