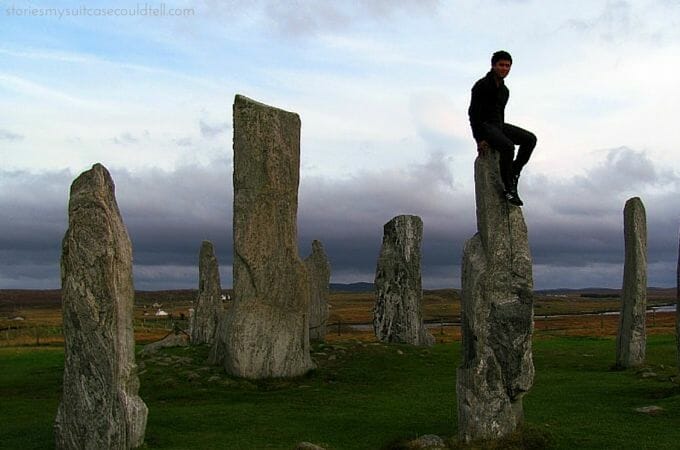 Disney: dream maker for children the world over since the 1920s.  Paired with Pixar, the film studio has created modern classics like Toy Story, Finding Nemo and Up.  Now it’s Scotland’s turn to get the Disney dream treatment, as motion picture Brave is released in theatres this summer. The story follows rebellious Scottish Princess Merida as she challenges destiny to change her fate. For me, a Disney devotee who grew up in the Scottish islands, Brave might just be the studio’s best offering yet.

The movie is hard to miss, as national tourism agency Visit Scotland are pouring millions into the promotion of the Scottish landscapes, legends and life that feature in the film – and that can be found right here on the westerly, windswept Isle of Lewis.

While winter might be the wrong time to visit (think rain, gales and a severe lack of sunshine), in summer you wouldn’t want to be anywhere except this island idyll, a place that pictures frequently fail to do justice.

That stone circle you see in the Brave previews? The real-life version sits on the west side of Lewis, overlooking lochs and distant hilltops. These prehistoric Calanais Stones are second only to Stonehenge, and much more atmospheric.  Further along the road you’ll come across Dun Carloway, the imposing remains of an Iron Age fort; and the Arnol Blackhouse, an example of the low stone houses locals lived in years ago, now preserved for posterity and interested visitors.

Heritage and history abound, but that’s not all these isles have to offer.  Stornoway is the main metropolis, a harbour town of over 6000 people with plenty of eating and drinking options, and small enough for a wander on those rare warm days. The local music scene is lively, with everything from accordions and fiddles to indie rock bands and open mic nights.  The Heb Celt Festival is held annually on the Castle Green, and Julie Fowlis – whose Gaelic songs feature on the soundtrack to Brave – is a regular on this summer stage.

Finally, there is the landscape.  Miles of empty moorland; grassy machair as the land slopes to the shore; jagged rocks and steep drops at the Butt of Lewis, the island’s most northerly point; and the beautiful beaches that would not be out of place in the Caribbean – if it wasn’t for the weather.  Luskentyre on the Isle of Harris is regularly included in top-ten lists of the world’s most beautiful beaches, and it’s easy to see why. Dunes roll onto pristine white sand that merges with turquoise waters, while mountains hover in the distance.  And the best part?  You’re the only one there to see it.

Standing stones, castles and maybe just a little bit of magic.  If you’re a fan of the movie, make like Merida and head for the Outer Hebrides this summer.  You won’t be disappointed. 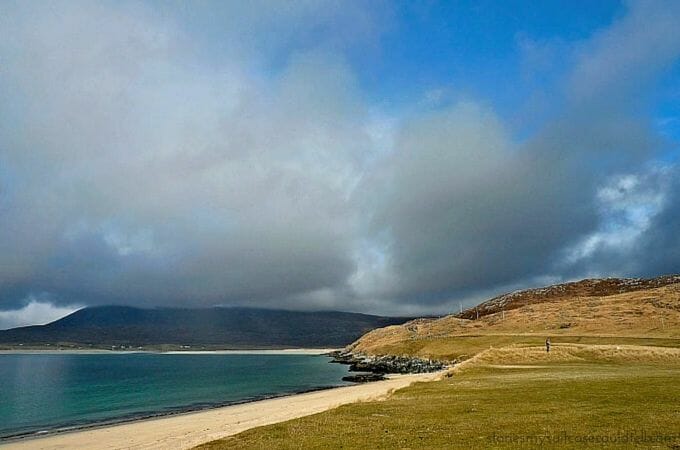 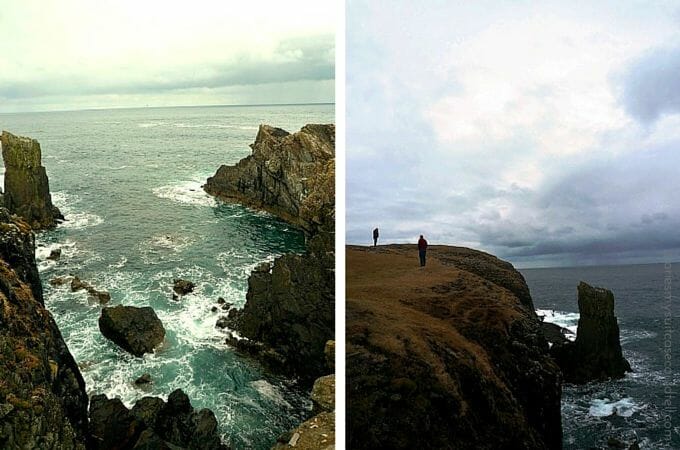 Visit: Everything mentioned above is a must-see.  Make sure and stop at the retail outlet of Harris Tweed Hebrides, the newest textile company championing the local, hand-woven fabric seen on catwalks around the world.  If you’re interested in art, the An Lanntair arts centre is worth a visit, as is Buth Lisa on the road north to Ness.  Outdoor enthusiasts will be in their element, as climbing, kayaking, fishing and surfing are available all year round.

Eat: HS1 Cafe Bar is a laid back location with burgers, wraps and interesting specials.  Next door is its sister restaurant The Boatshed, a more upscale choice where local seafood features heavily.  For coffee and cake, the Woodlands Centre in the Castle Grounds is a lovely lunch spot.

Drink: The saying goes that there’s a pub and a church on every corner, but the best place for a dram is McNeil’s, on the corner of pedestrian thoroughfare Cromwell Street.

Stay: If you’ve got cash to splash, Braighe House and Broad Bay House are two luxury bed and breakfast options with the service and sea views to make your Scottish stay even more special.