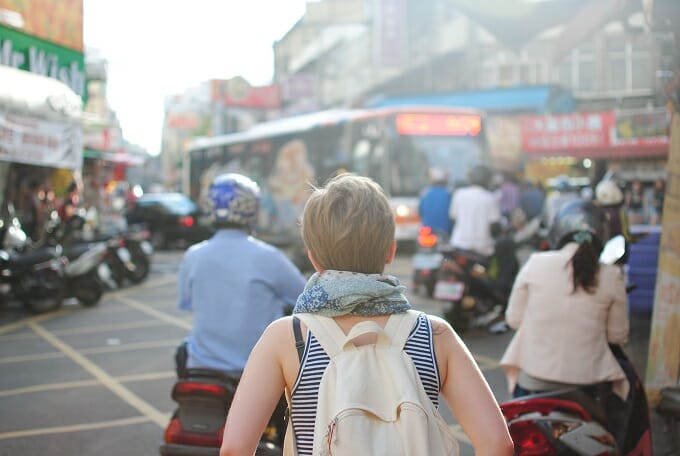 People are often perplexed by my travels.  Some wonder why I don’t stay in one place and do things ‘properly.’ Others wistfully tell me they would love to go travellinh, but they can’t because it’s too difficult.

“I’ll do it one day,” they promise themselves, rattling off a list of reasons why they can’t travel.  It’s too expensive.  It takes too much time.   It will affect their career.

Why wait for ‘one day’? No-one knows what the future holds, so there’s no better time than today.  As they get older, people often regret the chances they didn’t take; if it’s important to you, don’t make seeing the world one of them.

Money is not (always) a realistic excuse.  If you want to travel and can afford that high street shopping spree, you can probably afford a flight.  There are discount deals to be discovered everywhere – friends of mine once found a flight from Scotland to Spain for a mere ten pence!  Of course, there is also that tried and tested method: saving.

Travel doesn’t have to be time-consuming; a weekend away is just as valid as an entire summer of sightseeing.  Jump in the car and tour the nearest town.  If you want to go further afield, airlines like Easyjet and Ryanair make a three day European city break bearable on your bank balance and your work schedule.

Travel won’t necessarily derail your career. If it’s a short adventure you’re pursuing, then career concerns probably won’t be a problem.  But what of those year-long sojourns to the other side of the world, where travellers teach, volunteer, and study?

Some warn you will ruin your chances of stability and professional progress.  I disagree.  The skills you strengthen while attempting to survive – even to eat – in a country and culture alien to you will help on your return home.  Adaptability, negotiation, patience, perseverance: all are positive additions to your professional office arsenal.

In the end, it’s all about priorities.  If you really want to go travelling, and have the means, you can make it happen. Save a little time for the future, save a little money, sort out that suitcase, and go!  Because, as Jack Kerouac said, “in the end, you won’t remember the time you spent working in the office or mowing your lawn.  Climb that goddamn mountain.”  Go tackle your own metaphorical travel mountain, and let me know how it goes.

Which travel excuses do you hear most often when people want to go travelling?

How do you react when people complain to you about travel?

« Under The Tuscan Sun: A Girls’ Holiday in Italy
Street Style and Shopping in Tokyo »