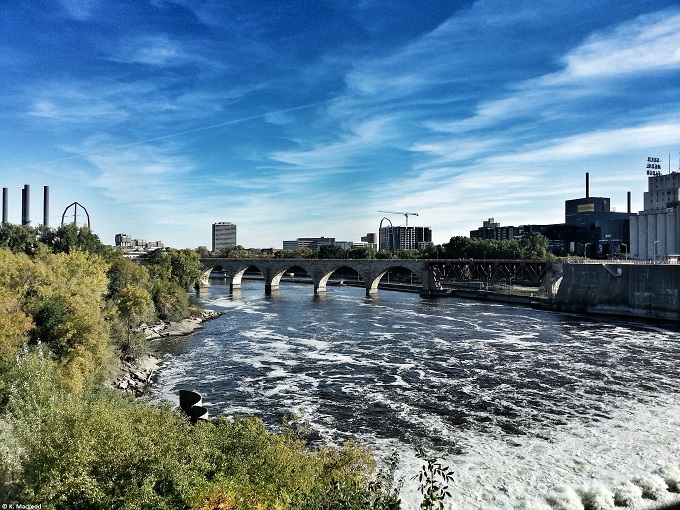 Throughout my ten-day trip to Minneapolis, I kept making my way back to the Mississippi.  Lake Calhoun is lovely, but the lure of the river that cuts the country in two is strong.  Whether it’s the history that clings to its banks that draws me in, the gorgeous autumn greenery everywhere you look, or the sheer joy of pedalling fast alongside the flowing water, I’m not sure.  Whatever it was, I continued to return – and each time I did, it was by bike.

Minneapolis is one of America’s most bike-friendly cities, featuring 92 miles of on-road bike lanes, 85 miles of off-road trails, and Nice Ride Minnesota, an increasingly popular bike share scheme similar to the ‘Boris’ bikes in London and the recently introduced Citi Bikes in New York.

For the small sum of $6, I could career around the city on a lurid green Nice Ride bike for up to 24 hours, taking in tourist sites and river views, always being careful to stay on the right – as a Brit used to left-hand drive lanes, it was a little confusing at times.

I spent an afternoon cycling along the Midtown Greenway and around Lake Calhoun, but most of my time was spent by the Mississippi.  The trails near the Warehouse District and North Loop pass old wooden bridges hidden by trees, and steps down to small shores.  Stone Arch Bridge nearly always featured on my bike route; how could I resist the sight of the city skyline shrinking behind me as I crossed the sturdy brick bridge? 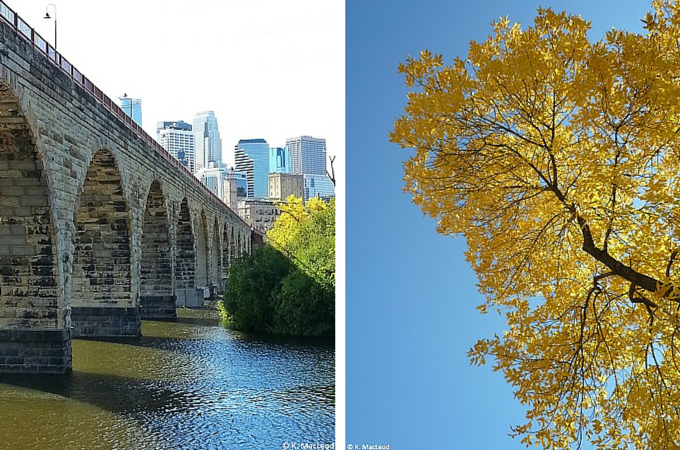 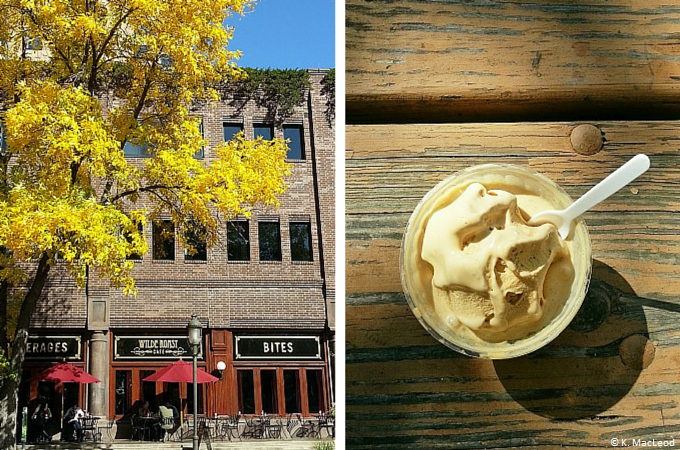 From Water Power Park you can see the famous St Anthony Falls up close, rushing downstream and still powering parts of the city with its force.  On the ‘Nordeast’ side of the river sits Historic Main Street: cobbled, with quaint cafes and restaurants on one side, and tall trees with falling autumn leaves on the other.  Nicollet Island was the perfect leafy spot to stop my bike and enjoy a salted caramel gelato from Wilde Roast Cafe, located mere minutes away on foot, let alone by bike.  From there it was quick and easy to cross ‘First Bridge’, the first bridge to span the Mississippi in 1855.

I fell in love with the freedom that the little green bike afforded me in Minneapolis.  I’ve found that outside the large east coast cities, American public transport doesn’t always fit well with sightseeing; car-less tourists are often stuck, relying on taxis, hire cars or friends when public transport schedules refuse to cooperate.  Nice Ride MN eliminated this problem, making it easy and enormously fun to explore large swathes of the city in one fell swoop: Uptown, Downtown, Eat Street, the North Loop, Nordeast, and best of all, the banks of the beautiful Mississippi River. 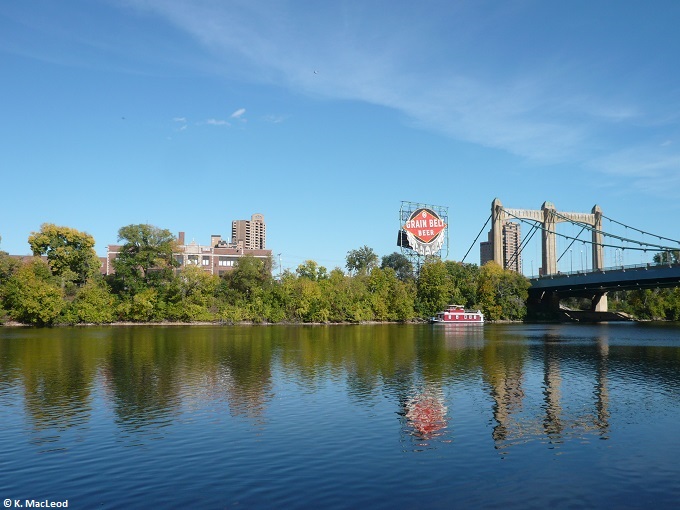 Have you ever explored a city by bike? What was it like?

« Autumn in America
A Day in Dinkytown, Minneapolis »