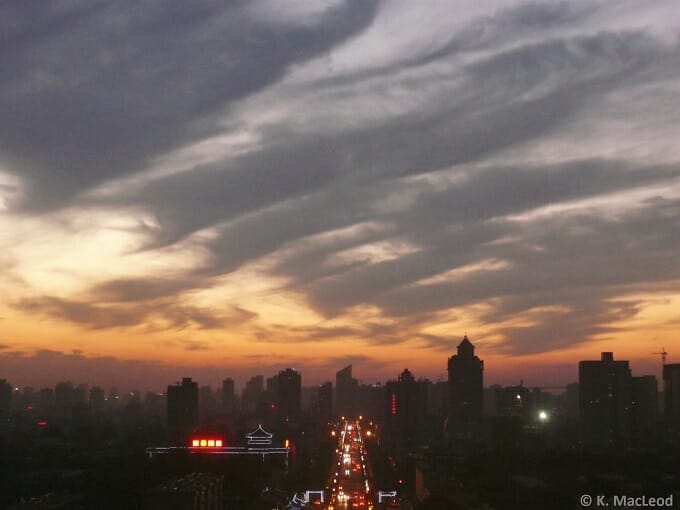 ‘Golden Week’, one of China’s most important national holidays, was the first real opportunity I had to explore what was then my new home.

For my friends and I, our long awaited break from teaching in Tianjin involved 38 hours of incredibly cramped third class train travel for the reward of five days in Xi’an, the ancient Chinese capital of Cháng’āng.

Much of China was united from this region during the Qin dynasty, and wares were shipped along the Silk Road from this start point.  Xi’an may have retained only some of its ancient grandeur – it is as susceptible to urban sprawl as the rest of China – but it is still a modern-day destination of choice for thousands of Chinese, not to mention inexperienced English teachers.

The primary draw for tour trips here are the Terracotta Warriors, or Bīngmăyōng.  While a must-see for their fame and originality, the ‘Eighth” Wonder of the World was not as wondrous as expected; fighting hundreds of elderly elbows to catch a glimpse of the still-standing battalions does dampen the experience slightly. 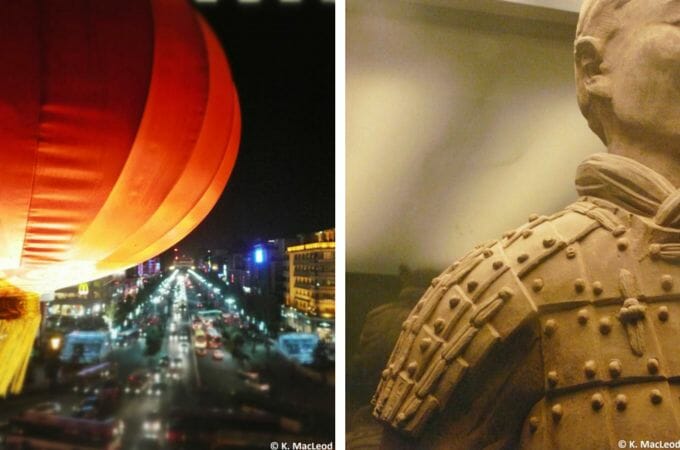 Of course, as we soon discovered, Xi’an has more than an underground army to offer.

Enclosing the centre of the city is the 14 kilometre-long ancient city wall, and I can personally attest that there is nothing better than careering along the top of this fort-like structure on a small rickety bike, sans helmet, under a clear blue sky.  With old Chinese architecture to one side and financial high rises to the other – as well as the string of red lanterns and occasional temples along the way – cycling the city walls was an unforgettable highlight. 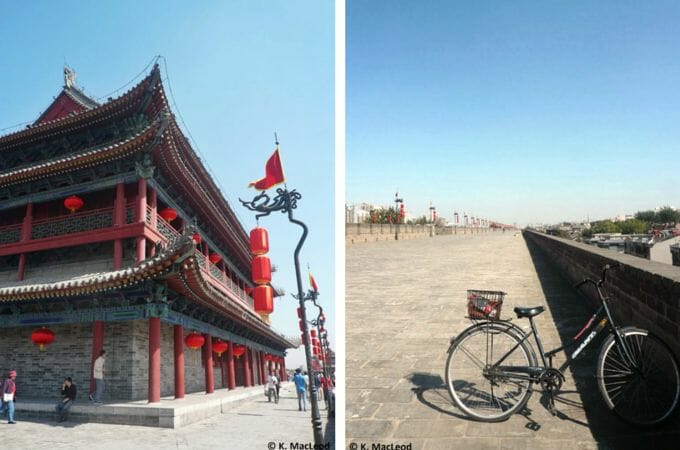 We climbed up the pagodas, the Small Goose and Big Goose respectively, and from the latter watched the sun set behind the seemingly never-ending expanse of the city.

Then there was a viewing of the biggest water fountain show in Asia, seen from the centre of the action (yes, we got soaked); an intriguing antiques market; a Drum Tower and a Bell Tower; laughter with friends on an unexpected dodgem ride; the heady smell of incense at a Taoist temple; and the hustle and bustle of the Muslim Quarter at night as food sellers and bargain makers encroached on the cobbled streets.

Coupled with the relaxing environs of our converted courtyard hostel, Xi’an had all the trappings of the perfect autumn break.

If you ever find yourself at the end of the Silk Road, make sure you stop by the Terracotta Warriors – but don’t let them obscure your vision of Xi’an’s smaller sights and side streets. 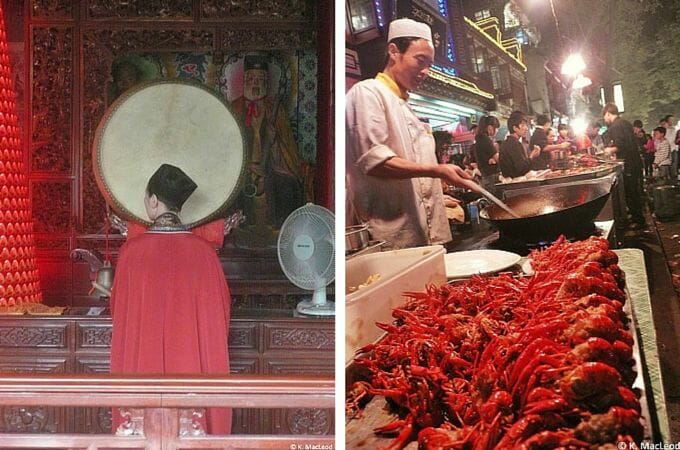 An earlier version of this post was initially published on my ex-pat blog on life in China, Tianjin Tales.

Have you ever been to the start of the Silk Road in Xi’an? Would you like to visit?

« City Snapshots on the Go: Exploring Mobile Photography
Admiring the Aurora Borealis from the Outer Hebrides »