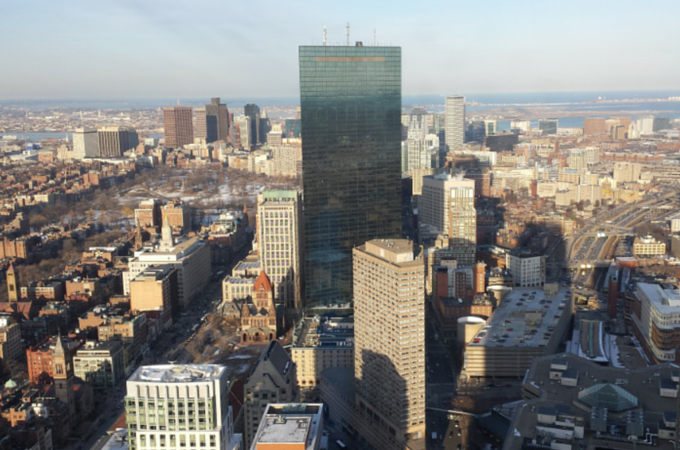 The first thing you notice when you exit the elevator is the sea. From the Skywalk – the viewing floor 50 storeys above ground level in the Prudential Building – Boston’s role as a harbour city is undeniable.

From the sea, my eyes are drawn next to the John Hancock Tower, the tall, dark, shiny glass structure that dominates the city skyline.  In seeing Boston from above, I’m able to orient myself with the map of the city older than America: the frozen Charles River; the almost-uniform row homes of the Back Bay; the open green space of Boston Common; the Bunker Hill Memorial bridge; and the blue, blue sea, where immigrants once arrived from the Old World by boat.

The Skywalk also offers an interesting introduction to Boston itself: an introduction to its history, its culture, and its importance in the birth of America.  This is where the American Revolution was ignited, the location of the famous Boston Tea Party.  In resistance to the British King’s tax policy, a group of men (led by Sam Addams – now the name of the city’s popular beer) boarded three British East India Company Ships and threw all their tea overboard into Boston harbour.

There are lesser-known examples of local lore here too, like the 1919 tale of the wave of molasses that swept through the streets of the North End, causing death and destruction and (some say) a lingering smell of syrup for decades to come.  The Dreams of Freedom display looks in detail at the waves of immigration to the city over the centuries, and another outlined Boston’s achievements as a city of ‘firsts’, home to the country’s first public park, Boston Common; the first municipal library, Boston Public Library; and the first college, Harvard.

The history is fascinating, yes, but the star of the show is the city itself.   If (like me) you have a bit of a thing for city skylines, you’ll love the view of Boston from above, from the building the locals affectionately call ‘the Pru.’ 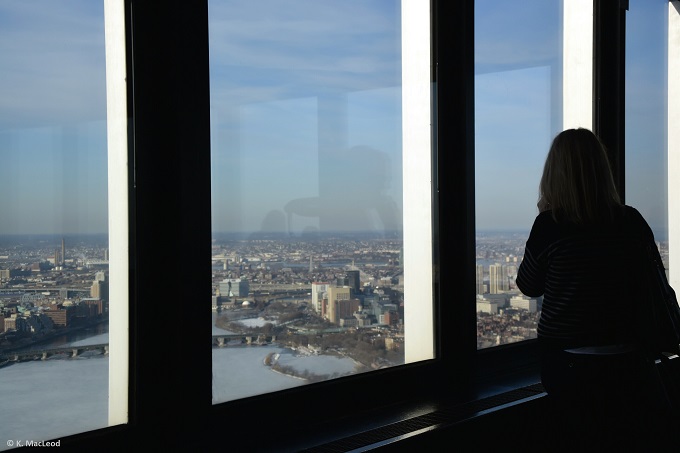 A visitor looks out over the frozen Charles River. 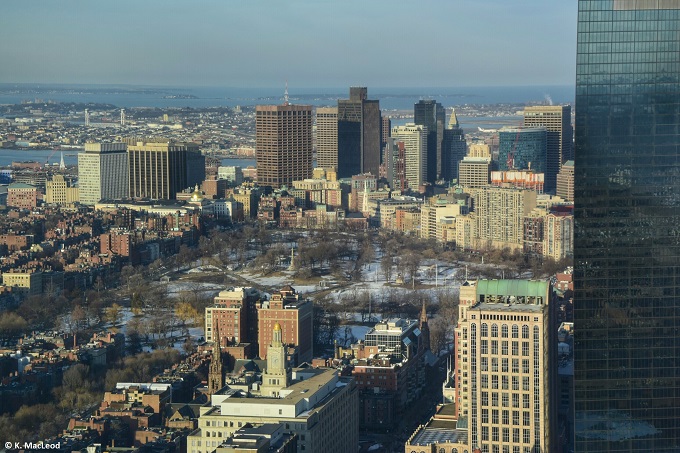 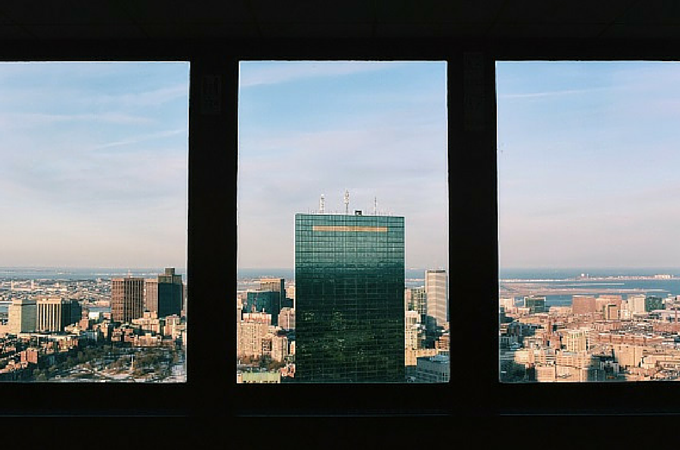 The John Hancock Tower dominates the Boston skyline (can you spot the sea in the distance?). 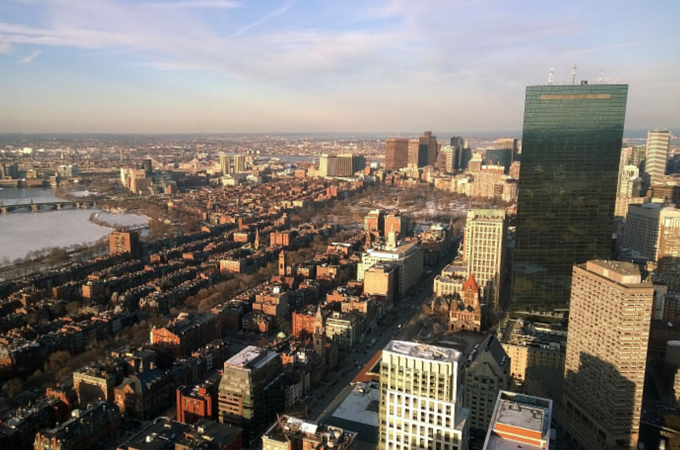 The Charles River, the Back Bay neighbourhood, and the John Hancock Tower.

Have you ever been to Boston, or seen the Boston skyline? Which city skyline is a favourite of yours?

« Why I Loved the Women In Travel Summit in Boston
A Look Inside My Suitcase: Seven Things I Never Travel Without »