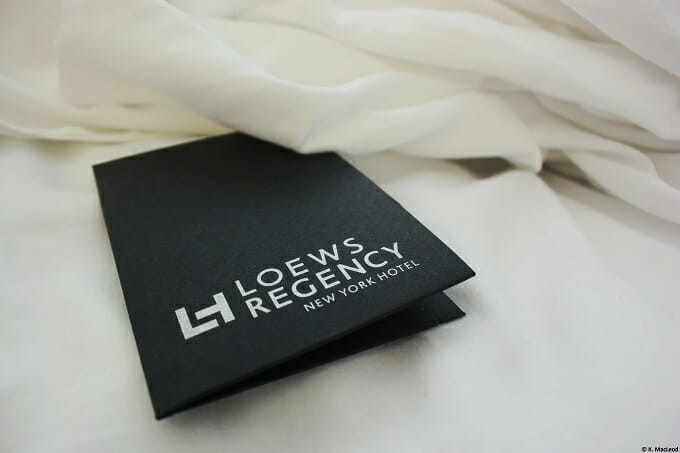 Park Avenue needs no introduction: the street is synonymous with sophistication, a New York address that exudes status and style.

It’s no surprise, then, that the Loews Regency on Park Ave and 61st is a classic New York hotel, one that offers modern style and substance with all the historic glamour that comes with a place of prominence in the city that never sleeps.

I’ve always maintained that you don’t have to go far to enjoy the benefits of a holiday, so for my husband and I, a night at the Loews Regency this autumn was the perfect place to check out from our to-do lists with a night of luxury on the Upper East Side.

The moment we entered the lobby the New York status of the hotel was evident: gleaming marble, tall pillars, and Art Deco-style decor behind the desk that immediately made me think of the Chrysler Building a few blocks further downtown.

This New York glamour doesn’t feel remotely dated, however: the Loews Regency recently closed for an entire year to allow for a $100 million renovation, and it shows.  After swiping our room card at an elevator that whisked us up to our floor, we opened a heavy door to a room that was a chic mix of marble and plush patterned fabrics, with artistic touches and bright pops of colour that gave the space a modern edge.

After admiring the sunset that illuminated the Midtown skyscrapers outside our window, we were surprised by a knock on the door, and the arrival of room service. This was certainly New York luxury!  Our wine and cheese selection was set up on the marble desk by the window, and we treated it like a mini date, with music from our phones playing wirelessly on the speakers by the bed. 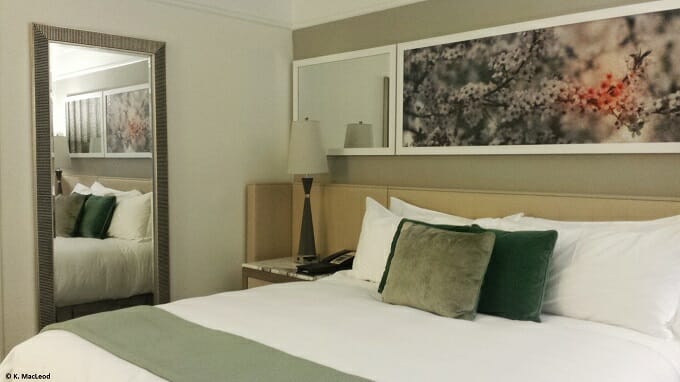 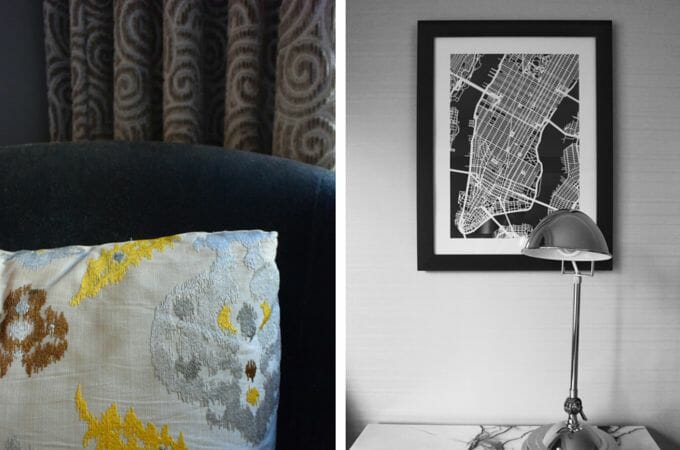 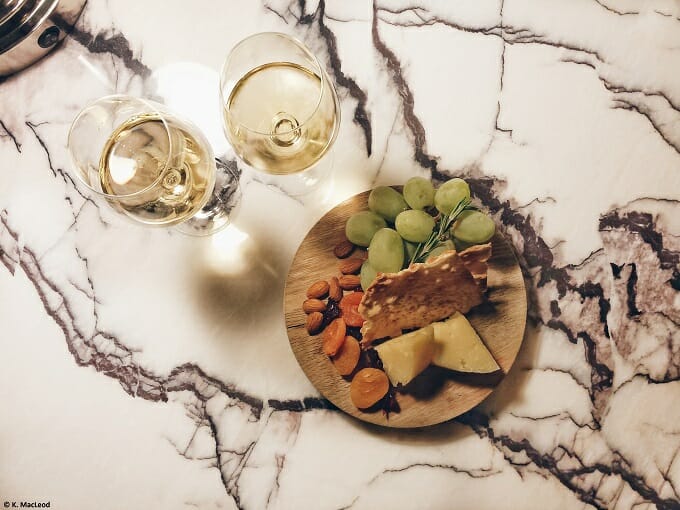 The Loews Regency is no more than a few minutes from Fifth Avenue and Central Park, yet it’s removed enough from the hustle and bustle of midtown to offer true relaxation.

After our wine and cheese feast, we decided to go for a stroll in the neighbourhood, passing the beautiful Helmsley Building on Park Avenue and stopping to admire the festive window displays in the department stores of Fifth Avenue.

Back at the hotel, it was time for a drink at the Loews Regency Bar and Grill.  This is a place that is cemented in New York City legend as the birthplace of the ‘Power Breakfast.’  The phrase might be widely used now, but it was first coined here in the 80s by Bob Tisch, the hotel’s owner, when he invited city big shots to breakfast at the hotel to discuss how to overcome the economic crisis the city was struggling with.

At night, the bar was filled with guests and locals, all chatting and snacking and enjoying each other’s company.  To warm up after our walk, we opted for two of the bar’s speciality cocktails, and ordered the brown butter cheesecake on the barman’s recommendation.  The cheesecake was fabulous – so fabulous in fact that I didn’t even take any photos of it, which is saying something for a travel blogger!

By the time we made our way upstairs, our bed had been turned down and dainty cookies left on our pillows.  It was quite something to be spending the night in the same hotel that once played host to the likes of Elizabeth Taylor and Richard Burton, or Grace Kelly as Princess of Monaco – just another facet of the historic New York glamour that makes Loews Regency the institution it is. 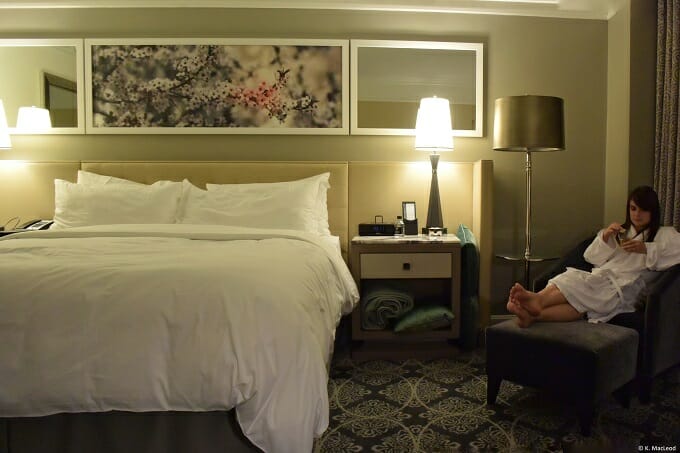 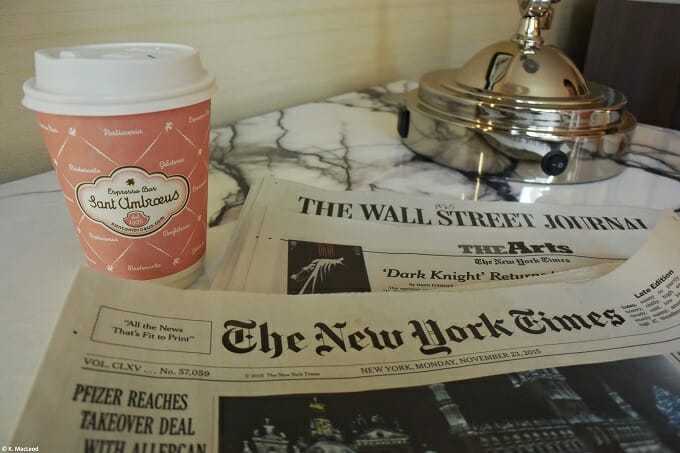 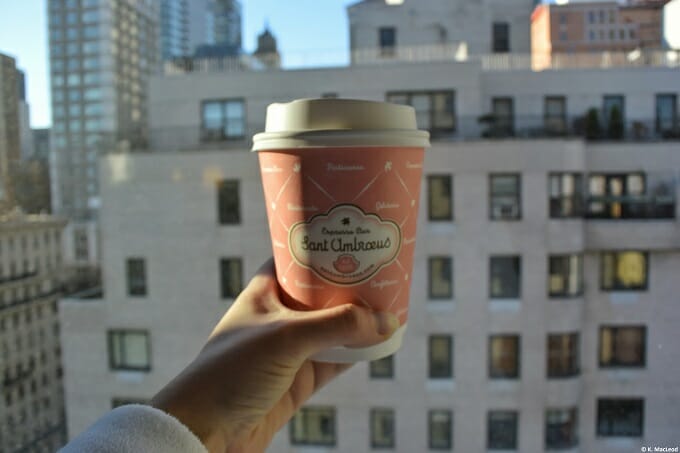 One of my favourite things about staying in a hotel (other than the feathery soft beds that somehow can never be replicated at home) is having an easy, relaxing morning the next day, complete with fluffy bathrobes and plenty of good coffee.  At the Loews Regency, I eased into the day with a cappuccino from Saint Ambroeus, the stand alone Milanese-style coffee shop that’s part of the hotel family, and the complimentary copies of the city’s newspapers.

Forcing myself to get up and get ready wasn’t too difficult, thanks to the bathroom that housed a walk-in rainfall shower, a bright colour scheme, and even a TV screen hidden in the mirror. The Julien Farel spa products and salon-strength hair dryer were a hint at the Julien Farel spa that takes up 10,000 square feet of one floor of the hotel.

As we grabbed a second coffee and enjoyed it on one of the sleek velvet couches in the lobby, the business edge to the hotel became more obvious as the power breakfast spilled over from the restaurant and into the lobby.  There were earnest phone calls by the pillars, handshakes and introductions, and papers being shuffled on coffee tables.  It felt like a place where decisions were being made; it felt very ‘New York.’

But that’s part of the appeal of the hotel.

It’s a high-end option both for business travellers in need of convenience in the city that never sleeps, and also for couples or families visiting the Big Apple as tourists. It’s for anyone who wants to experience New York style in a space that thrives in the present as well as preserving the memories of the past.  And for one luxurious night, I was part of the glamorous New York travel legend that is the Loews Regency on Park Avenue. 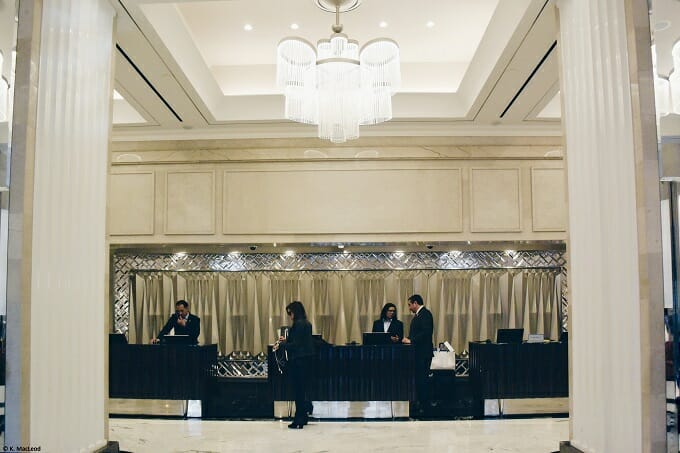 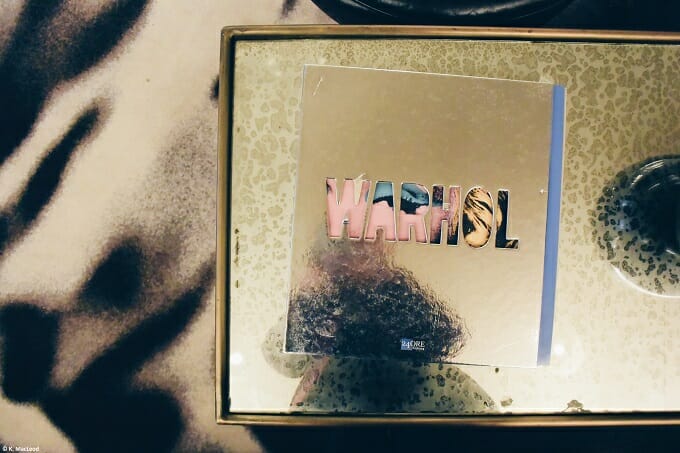 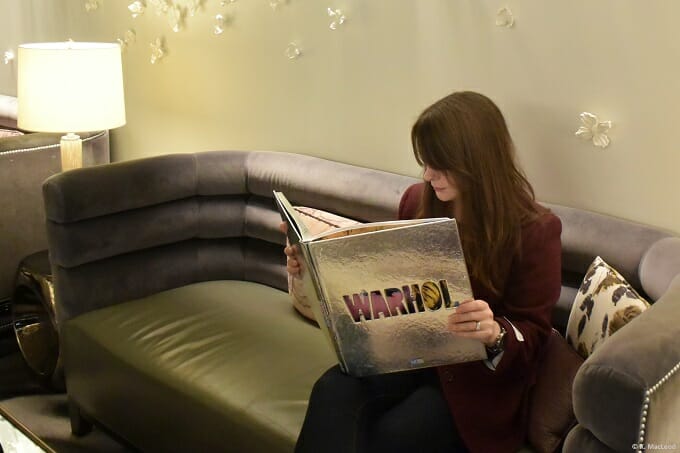 What are your thoughts on short holidays or vacations at home?

Many thanks to Loews Regency New York for hosting us during our holiday at home.  As always, all opinions – and travel adventures! – are my own.

« Hiking in the Arizona Desert – in Skinny Jeans!
A Romantic Stay at Peter Shields Inn in Cape May »