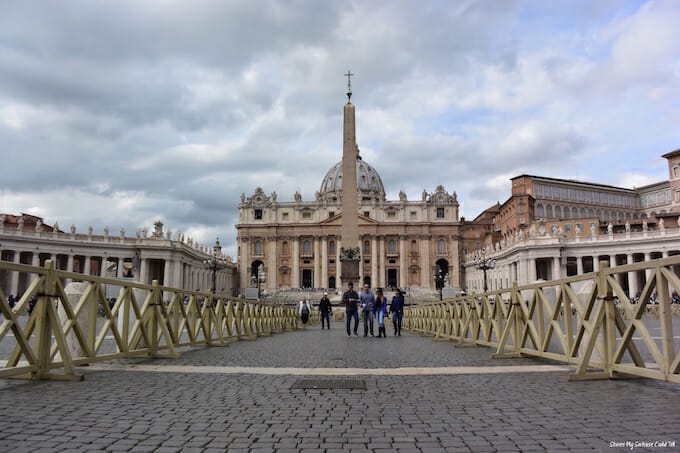 It felt odd, to be so completely surrounded by silence.

Conversations were banned, using phones was prohibited, and taking photographs would have resulted in a speedy expulsion. As a blogger, it’s not a situation I find myself in often; things like talking, tweeting, and taking pictures are par for the course in this ever-changing digital career.

And yet here I was, reveling in the silent spirituality that filled the room.

It was no ordinary room, of course. I had heard about it as a child from my parents, read about it in history books and travel guides, and yet nothing had quite prepared me for the reality of stepping inside the Vatican’s Sistine Chapel.

The importance of the Sistine Chapel is not simply in its role as private chapel of the Pope, or because it is the spot where the cardinals elect a new pope (there are burn marks on the floor where the stove sits during the papal conclave). Its significance is also in its walls and ceilings, which display some of the world’s most famous artworks – particularly those painted by Michelangelo.

Without the distraction of my iPhone, or the temptation to take photos, my entire being was focused on the chapel itself.

And what a sight! My eyes and mind and soul were clamouring to take it all in, to imprint it on my mind before it was time to move on.

The scenes of the Creation, painted onto the plaster of the ceiling, looked almost 3D; in one scene, the figure of God looks very much as if he is powering through the ceiling towards you. Michelangelo’s depiction of the Day of Judgement, on the Chapel’s far wall, is equally magnificent.

Arms and legs appear more like sculptures than paintings, and for a moment I was tricked by the artist’s skill into believing that light really was reflecting off the Virgin Mary’s blue dress – but there are no windows for light to filter through the chapel.

Had those twenty minutes been the entirety of the tour, it would have been enough: I would have been more than satisfied. But there was more – much more – to come that morning. 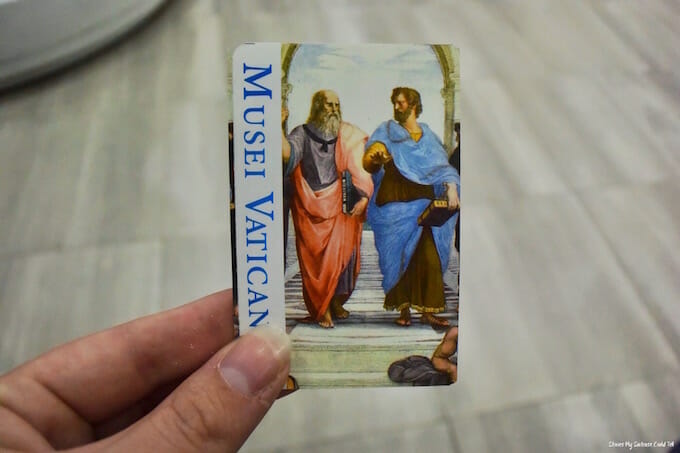 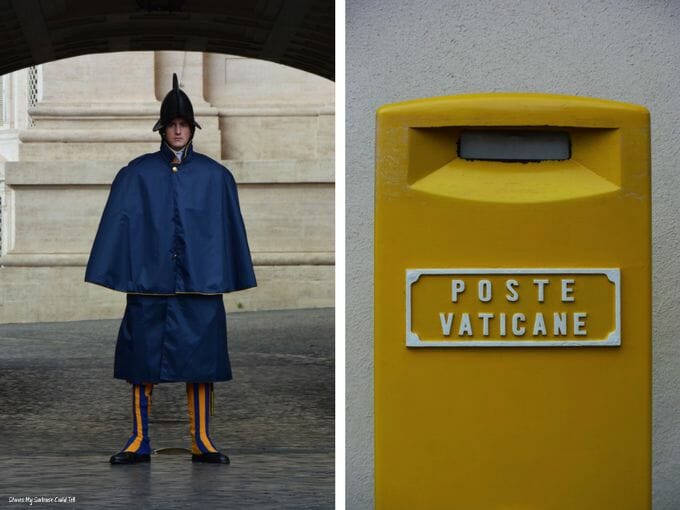 I had risen before six to ensure I made it to the walls of the Vatican in time to join the tour.

The streets of Rome were dark and empty as I navigated the edges of the world’s smallest city state, searching for an open cafe to satisfy my early-morning coffee cravings.

Cappuccino firmly in hand, I soon located The Roman Guy group, and our English tour guide, Elaine. A history lover who came to Rome for a weekend ten years ago and never left, she was a brilliant guide, peppering her fact-filled tour with dead-pan British humour and amusing anecdotes from Italian and Papal history.

Elaine quickly prepared us for that morning’s plan of action. As part of the ‘privileged entrance’ Vatican tour, she would immediately whisk us to the Sistine Chapel, an hour before the museums opened to the public, while the chapel was still near-empty, silent, and serene. Afterwards, we would return to the beginning and examine everything we whizzed past – and the rest!

Still slightly stunned by my experience in the Sistine Chapel, I followed Elaine and the rest of our group to the rooms we had hurried through earlier.

And then, there was the Gallery of the Maps, a little slice of heaven for a travel blogger: the corridor is lined with 16th century maps depicting Italy and Europe, showing Rome as the centre of the world. What amazed me was the fact the maps were 80 per cent accurate, despite having been created using only the basic tools available at the time.

After the Galleries, we found ourselves in the Raphael Rooms, decorated by Roman Renaissance artist Raphael for Pope Julius II. What caught my eye first was the intricately detailed mosaic floor – but then I looked up, and was rendered silent, again, by the painted ceilings. 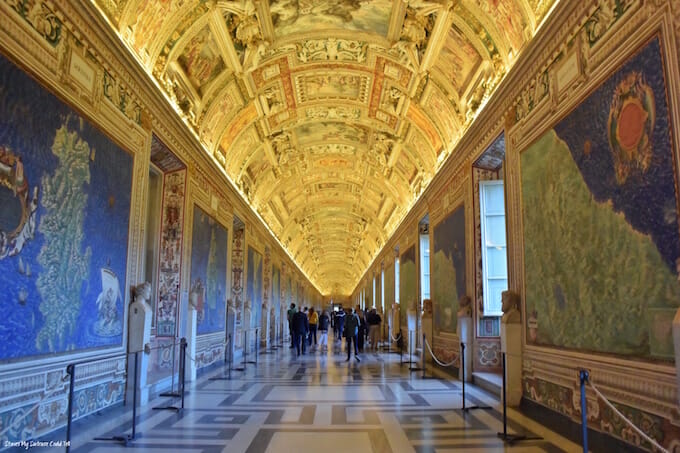 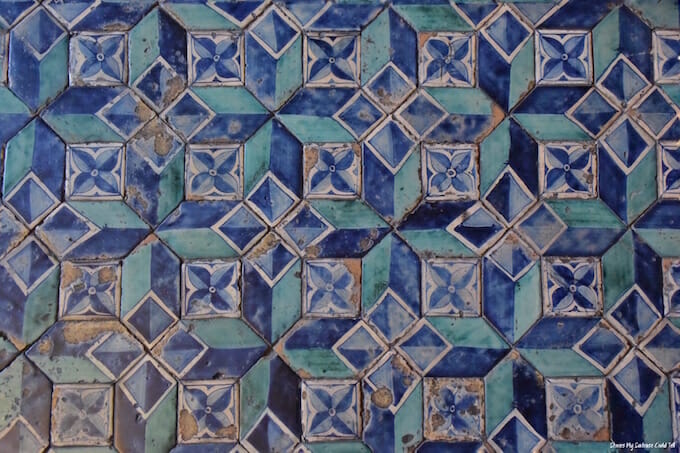 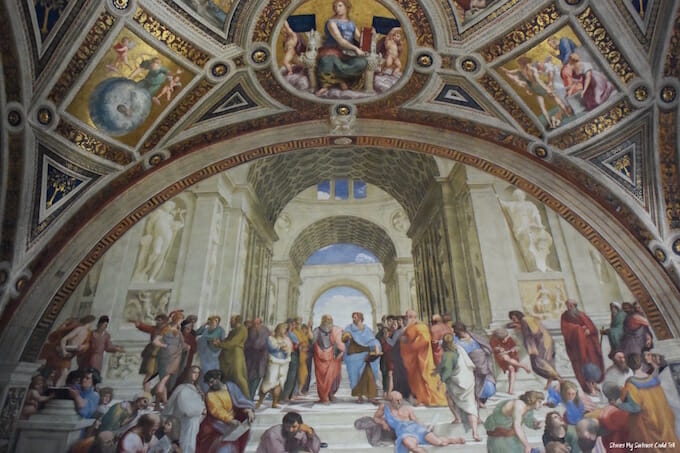 By the time we reached St Peter’s Basilica – after seeing the scandal-ridden Borgia apartments, and revisiting the Sistine Chapel, now noisy, crowded and far from serene – I was overwhelmed.

Overwhelmed at the history, and the beauty, that lined what seemed like every corridor. I was so overwhelmed, in fact, that when we passed through the intricately carved Holy Gates – open only in a Holy Year, like this one – my eyes welled up a little at the sheer beauty of it all.

St Peter’s Basilica is often referred to as the most beautiful church in the world, and it was easy to see why. Almost every famous Renaissance artist worked on it, and the building itself took 120 years to construct. The scale of it was hard to grasp too. Elaine pointed out a Latin inscription high up in the church dome that from our vantage point, looked tiny; in reality each letter is six feet high. 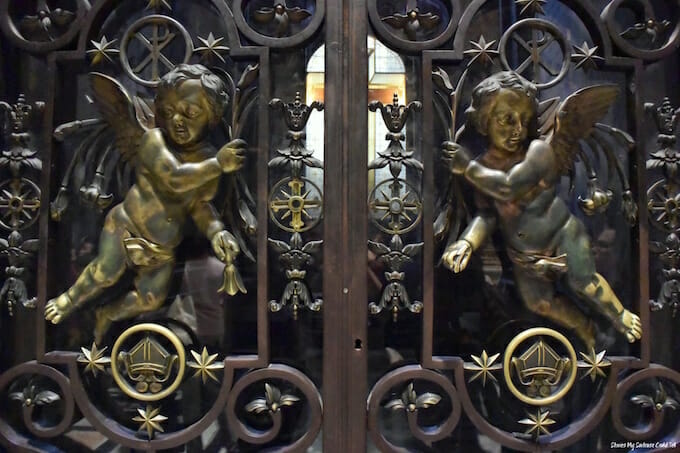 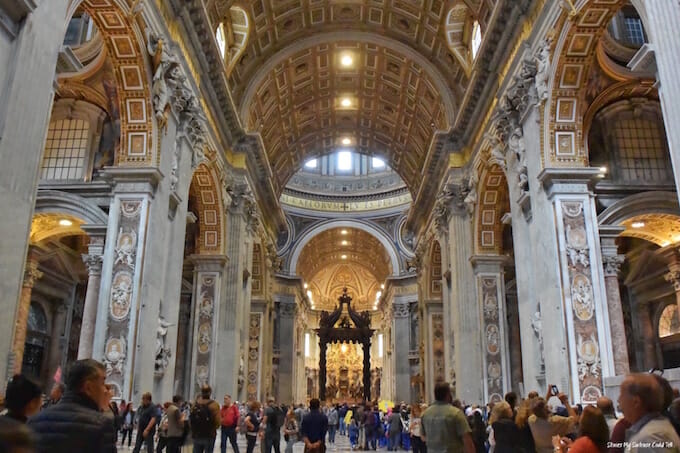 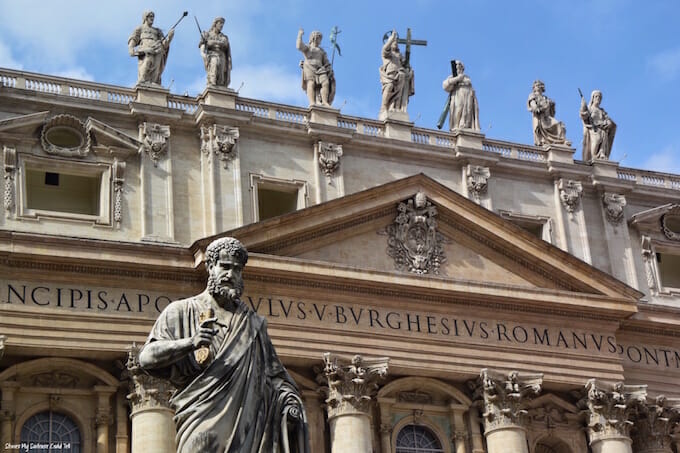 There are some people who put off visiting the Vatican when in Rome.

They say they’re not religious, or that they’ve already seen art all over Italy. How will this be any different? Trust me: it will be.

It’s hard to put into words, really, the magnitude of what you see and experience in this place. Religious or not, you simply cannot fail to be moved by the Sistine Chapel – or indeed, by the never-ending offerings of art and history that fill the buildings behind these high city walls.

The morning I spent at the Vatican was unlike anything I have seen or experienced in almost twenty years of travel. Standing in silence in the Sistine Chapel was an incredibly moving experience, one that will stay with me for life. And I know that if I returned to Rome – which I so dearly hope I do – I would do it all again in a heartbeat. 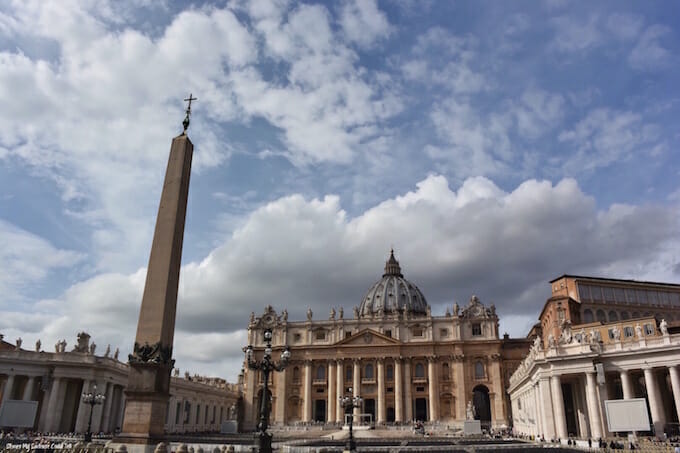 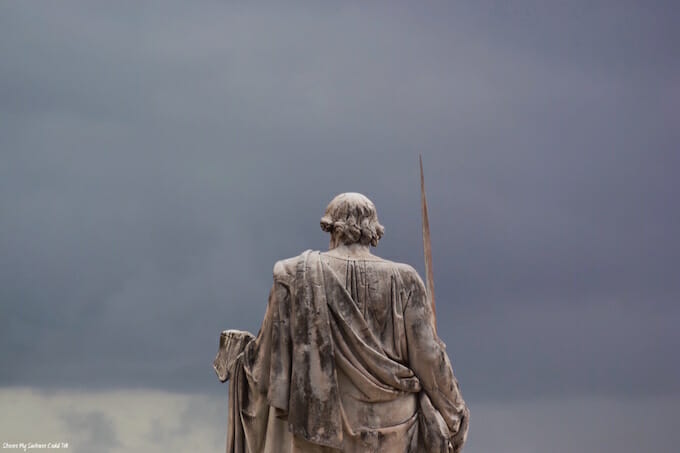 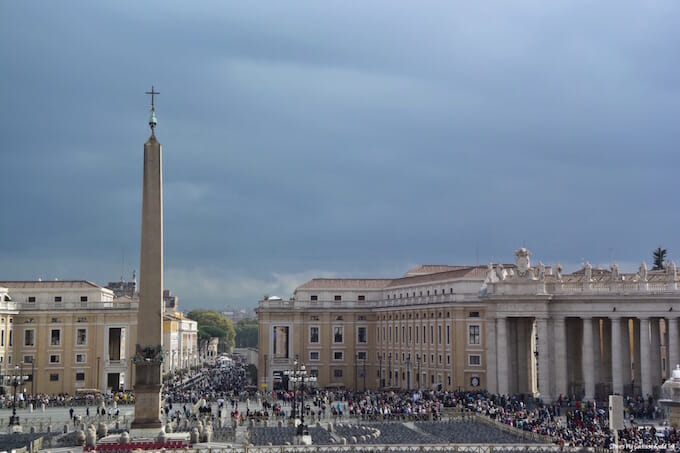 How do I get there? From my hotel near the Spanish Steps, I took the orange metro line towards Battistini, and got off at the Ottaviano stop. From there, it was a quick five minute walk to the Vatican Museum entrance on Viale Vaticano.

Do I have to take a tour to get in? No. You can buy separate admission tickets for the Museums and the Basilica. But having seen the Sistine Chapel both before opening hours, and afterwards, I can safely say: take the guided tour!

How much does The Roman Guy tour cost? When I took the Vatican tour, the price was $89, and in my opinion, it is worth every cent and more. This cost includes the admission ticket to the Vatican Museums and St Peter’s Basilica, a great guide (thanks, Elaine!), and of course, being able to skip the almighty queues! 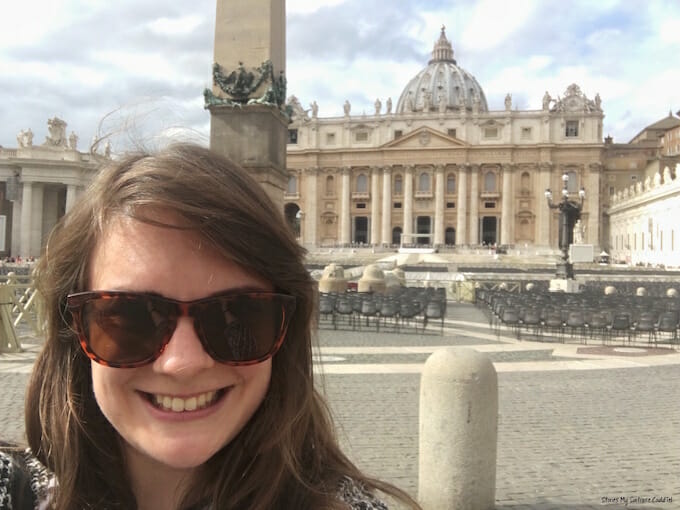 Please note: I received a complimentary tour of the Vatican from The Roman Guy, but as always, all opinions – and emotional outbursts in churches! – are entirely my own.

Have you ever visited The Vatican, or would you like to? Let me know in the comments – I’d love to hear from you!

« Stepping Back in Time at the Colosseum
Christmas in NYC: 10 of My Favourite Festive Experiences »