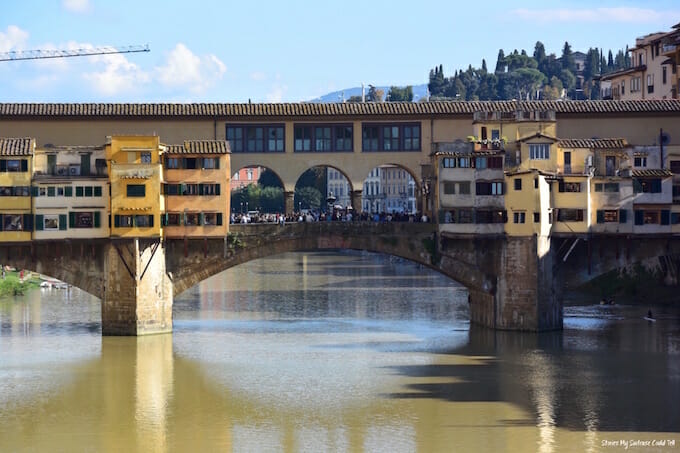 Tuscany welcomed me with a broken camera and a bout of food poisoning.

Tired and nauseous, I couldn’t even appreciate the iconic view of the Arno River, the yellow homes of Florence piled haphazardly on its banks. After a pleasant train journey north from Rome, the sickness had hit, and all I wanted was a bottle of water and my bed.

What I got instead was the passenger seat of our tiny hire car, my eyes closing before we even reached the city limits. They didn’t open again until the sun was setting over the Tuscan hills, 60 or so miles south of the city – a sight so beautiful my gelato-related ills were temporarily forgotten.

The scene before me was just like the postcards: geometric lines of cypress tress punctuating a skyline of rolling hills bathed in a golden glow. Who cared about food poisoning when the views were this good?

Nearly ten years after my first visit as a wide-eyed 19-year-old, I was back in Tuscany.

This time, it was for my brother-in-law’s wedding, and family and friends from across the USA and Italy were descending on The Lazy Olive, a villa in the hills near Asciano, for a week of food and festivities that would eventually culminate in the big day itself.

The week passed in a lovely haze of food, wine, and a smattering of sightseeing. A routine was quickly established at the villa: espresso and biscotti for breakfast, followed by jaunts into the surrounding countryside, capped by evening reunions over long, multiple-course dinners that lasted into the wee hours of the morning, always accompanied by laughter. 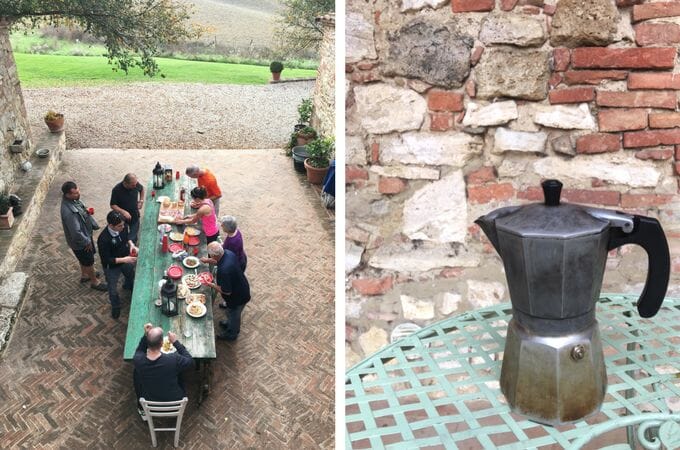 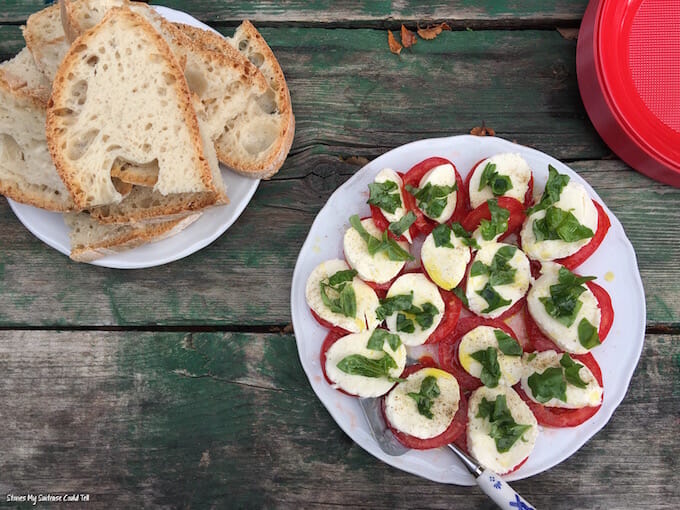 After the energy of Rome, the Tuscan towns felt quiet, almost sleepy – but I welcomed the change of pace.

In San Gimignano, famous for its 14 medieval towers, Mr. Stories My Suitcase Could Tell and I sat on a high ledge of a street overlooking the rooftops and rolling hills, sipping wine and nibbling on bruschetta, before setting off to slowly explore the streets of the walled, hilltop town.

Back in Florence for a day, we marvelled at the detail of the Duomo, and squeezed our way up 414 narrow steps to the top of the bell tower, all for the spectacular view of that dome. When it was built, Brunelleschi’s red-tiled cathedral dome was the largest masonry dome in the world, one that today still rises above the rooftops of Florence and demands attention.

With only a few hours in the regional capital, we knew we couldn’t see everything, and so simply took our time after descending from the tower: strolling through the streets eating gelato (the 24-hour food poisoning hadn’t put me off); sitting quietly watching the world go by in Piazza Santa Croce; admiring the intricate marble statues in Piazza della Signoria, and near the Uffizi Gallery.

We laughed at dinner in Trattoria La Casalinga on the other side of the Arno, where Italian flew rapid-fire out of the kitchen and around our ears. The Florentine steak, brought out raw on a plate, was one of the biggest slabs of meat I’ve ever seen, but our waitress didn’t even wait to ask how we wanted it cooked. “Normal? Yes, okay,” she stated, before carrying it off to the kitchen. We reasoned she – and the elderly chefs in the kitchen – knew what they were doing. (They did.) 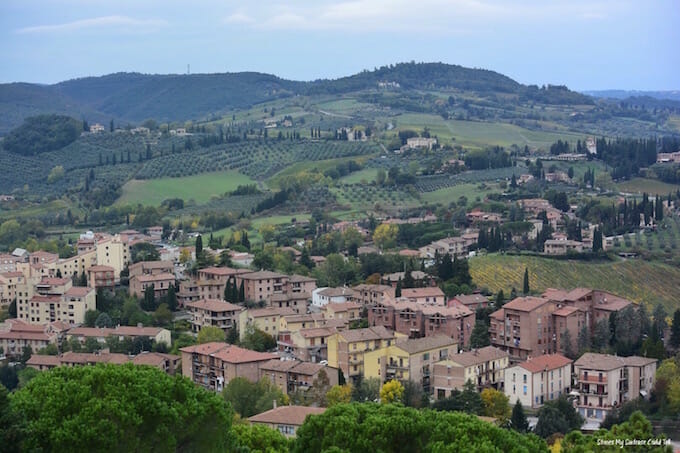 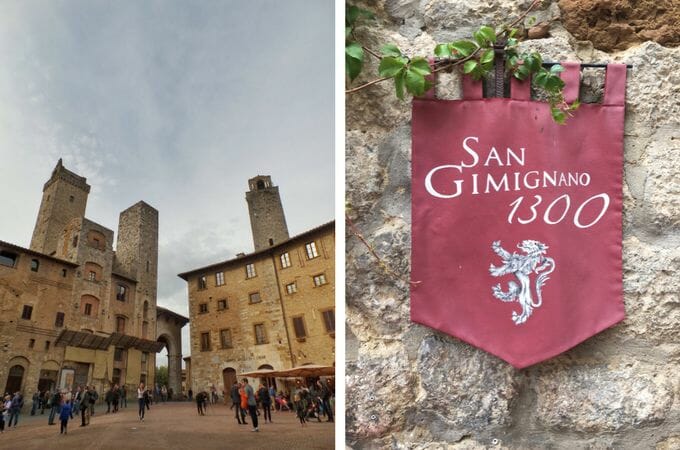 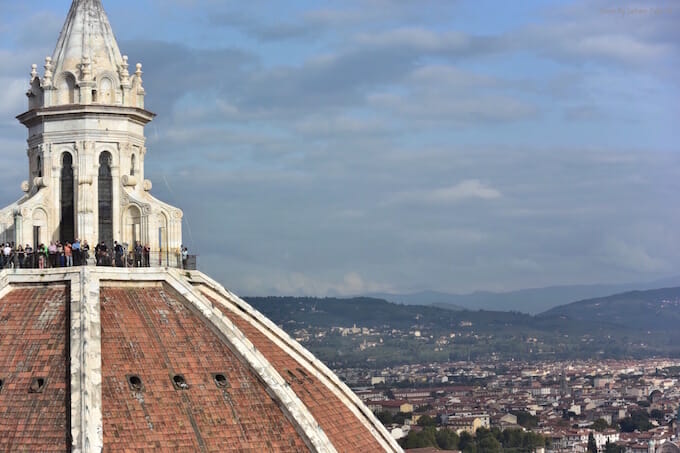 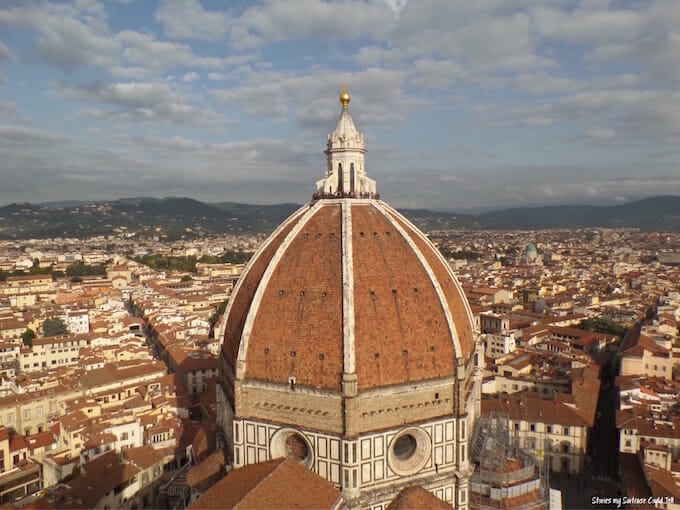 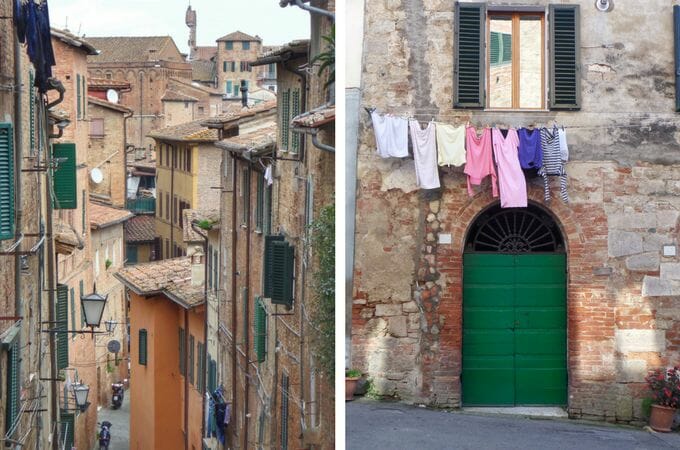 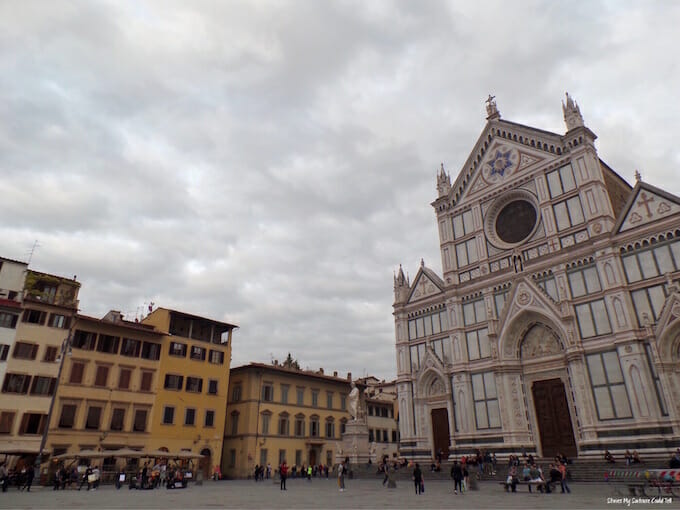 When the food wasn’t commanding my attention, the art was.

Whether the smooth details in the marble statues in Florence, or the intricately detailed walls and ceilings of the Duomo in Siena, I was constantly in awe of the art we came across. In Siena, we were lucky to visit the Duomo during the one time of year when the panelled floors – each panel depicting a historic scene – are uncovered and visible to the public. The interior was so spectacular I almost didn’t know where to look.

And after it all came the wedding itself.

The rehearsal dinner, beautifully prepared and served in Felsina, a nearby vineyard, ended in hilarity and nerves as the heavens opened, thunder cracked, and floodwater began pouring through the doors. (It’s the mishaps that make the stories, though, in the months and years that follow.)

Weddings are always whirlwinds, and ones you’re involved in seem even more so. Under miraculously clear skies the next day, it felt as if one minute us bridesmaids were painting our nails and sipping prosecco, and the next the bride was walking down the grassy aisle, with the hills of Tuscany displayed like art behind the altar. 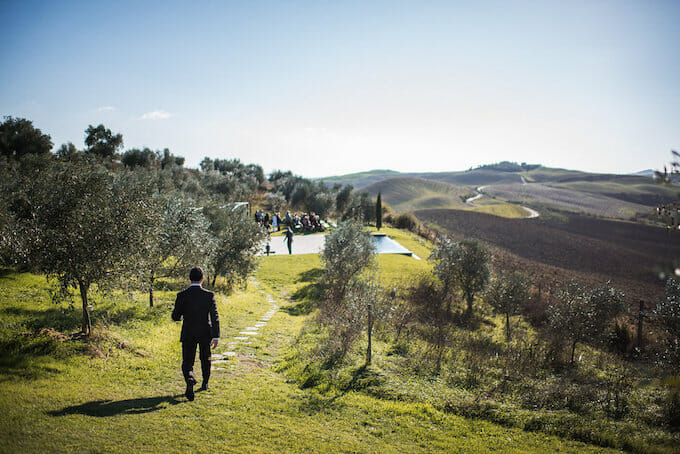 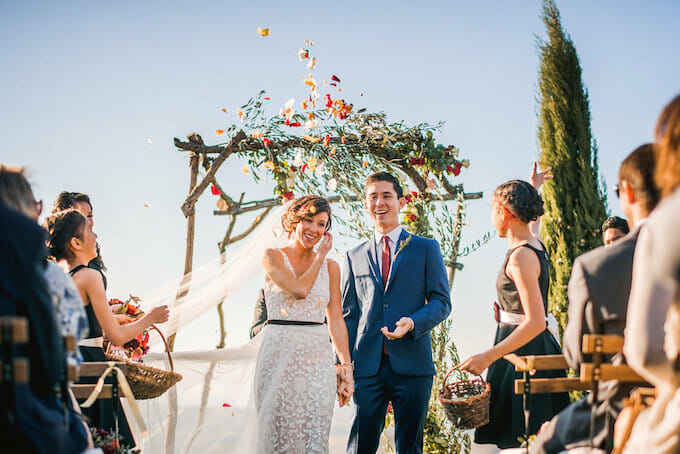 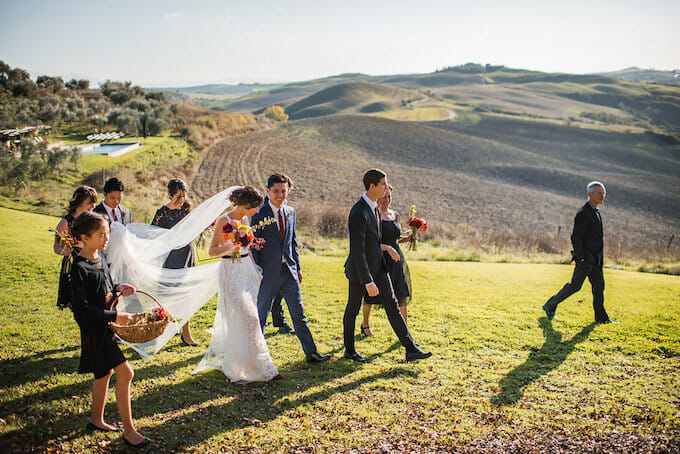 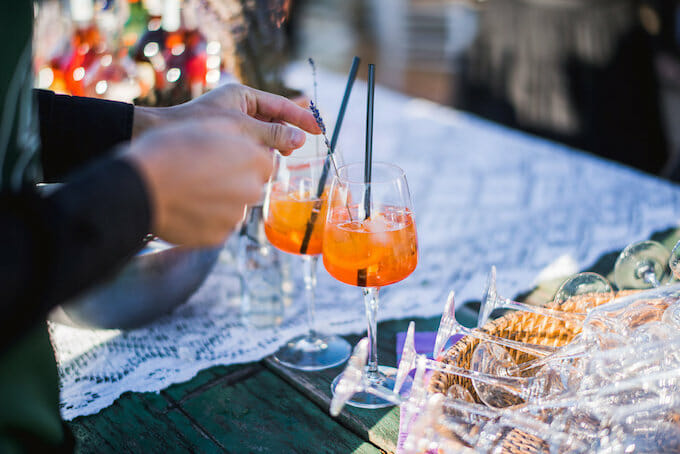 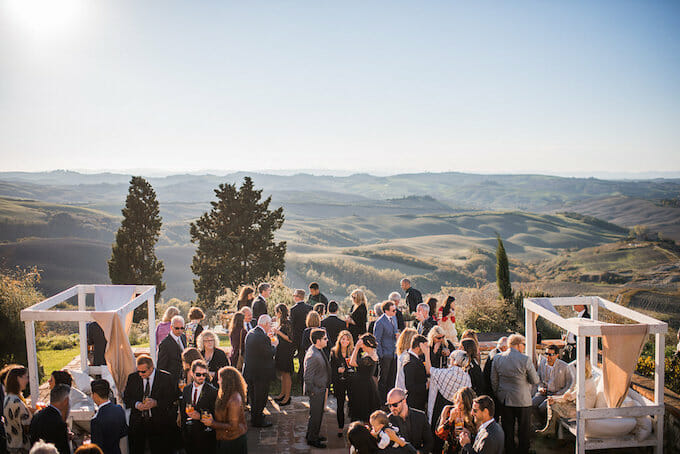 The week might have started off on the wrong foot, with food poisoning and a broken camera lens, but it ended in the best way possible: with love, laughter, and a lot of Italian wine.

Have you ever visited Tuscany, or attended a destination wedding? What was it like? Let me know in the comments – I’d love to hear from you!

When In Rome: My First Impressions of the Eternal City

What It’s Like To Visit The Vatican, The World’s Smallest State

All wedding photographs used courtesy of the bride and groom, and taken by Roberto Panciatici Photography.

« Driving the North Coast 500: A Travel Video
How To Make Friends As An Expat (From Someone Who’s Been There) »