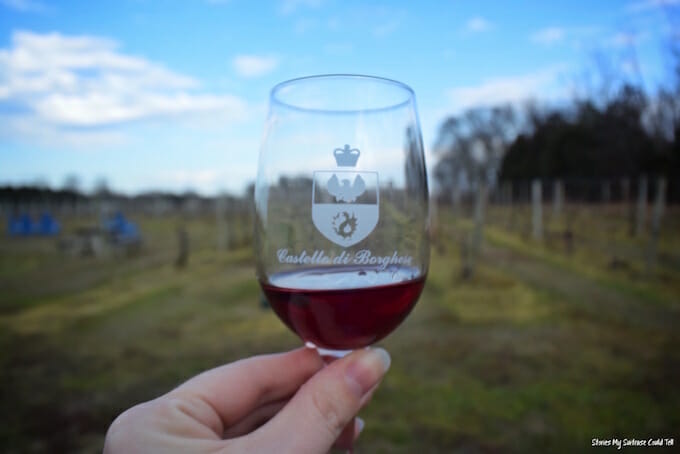 It can be difficult to get a feel for a place in a short space of time.

But during the two days I spent in Long Island, two things stood out. Two threads that came together time and time again: history, and community.

Long Island stretches north east from New York Harbour into the Atlantic Ocean, and is home to around 7 million people. All I really knew about the island was that it’s beaches are hugely popular in the summer; the famous Hamptons, which I’d heard of before I even moved to the USA, are found on the island’s South Shore. But I was about to find out what makes the island as a whole – and specifically the North Shore and North Fork – worth a visit, rain or shine.

We – a group of bloggers, writers, and travel agents – were hit with the island’s history before we even left New York City, when we boarded the Long Island Rail Road at Penn Station on a crisp January day.

The Long Island Rail Road is the country’s oldest commuter rail line, and also the busiest (300,000 people speed along these tracks every weekday). The tracks stretch their fingers throughout Long Island, giving commuters and visitors alike the opportunity to avoid the notorious road traffic.

Taking the train meant we arrived at the ‘Museum Row’ of Garden City before 10am. History runs deep here, too. The area used to be Mitchell Airfield, which makes it an ideal location for the Cradle of Aviation Museum (as well as a few others, like the Long Island Children’s Museum, which as it turns out, is fun for big kids too!).

I’ll admit it: the Cradle of Aviation was one stop on the itinerary I wasn’t that interested in initially – but it ended up being one of my favourite activities. The role that Long Island has played in the growth of the aviation space industries over the years – particularly during World War II – is huge, and something I had been clueless about before my visit. The skies above Long Island, for example, are the busiest on earth, and it was the first place in the USA to have a flight school. 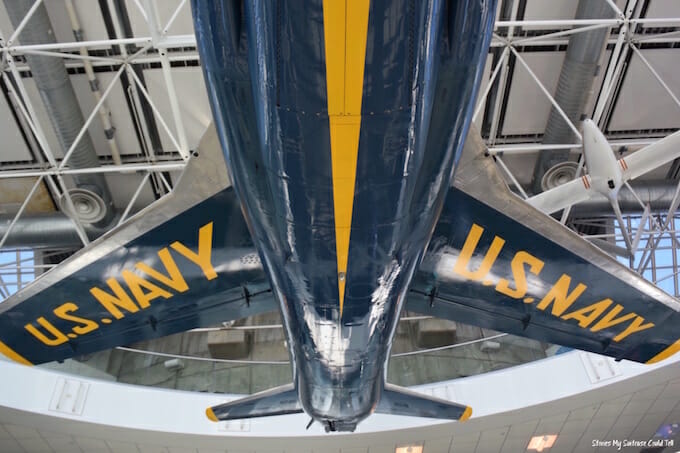 Sagamore Hill house, near Oyster Bay, offered a different angle on the history of the area.

The former home of President Theodore Roosevelt is set on a hill surrounded by trees, and is now run as a museum by the National Park Service. It was while here at his ‘summer White House” he helped bring the Russian and Japanese ambassadors together to sign a peace treaty marking the end of the Russo-Japanese war in 1905 (an interesting nugget of international history for a former politics student like myself!).

But politics aside, what really left me enamoured with the house was the fact that it is crammed with thousands of books – 10,000 of them, to be exact. Most of them are originals owned by the President, and I was slightly in awe of the magnificent bookshelves in every other room (those in his gun room were the most impressive, although I’m not sure I could have focused on my writing with a bison head staring at me from the doorway…) 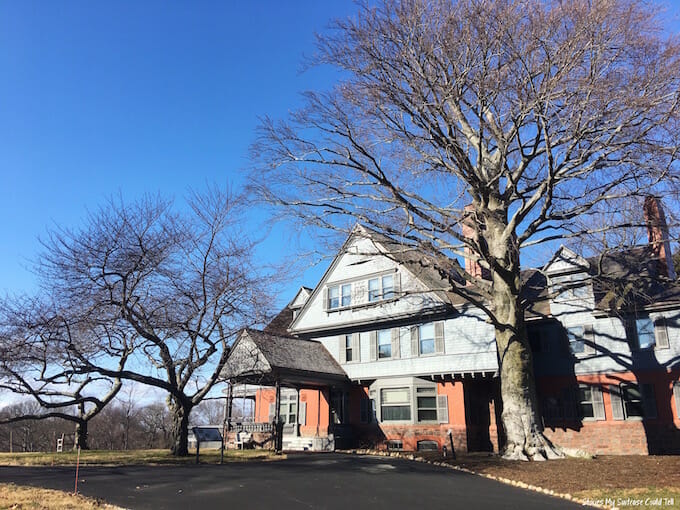 History reared its head again on the ‘Gold Coast’, parts of which inspired the glitzy mansions in F Scott Fitzgerald’s The Great Gatsby.

The former home of the Vanderbilt family in Centerport is the easternmost of these legendary Gold Coast mansions, and I could easily imagine decadent Jazz Age parties taking place on the lawn overlooking the Long Island Sound.

It was fascinating to learn about their lives as we toured the elaborately decorated home – and I had to laugh when I found out the family considered the estate a “summer shack” in comparison to their winter residence in Miami! 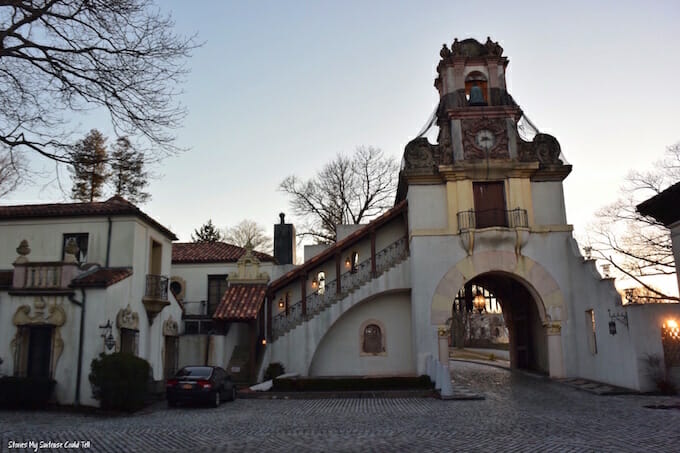 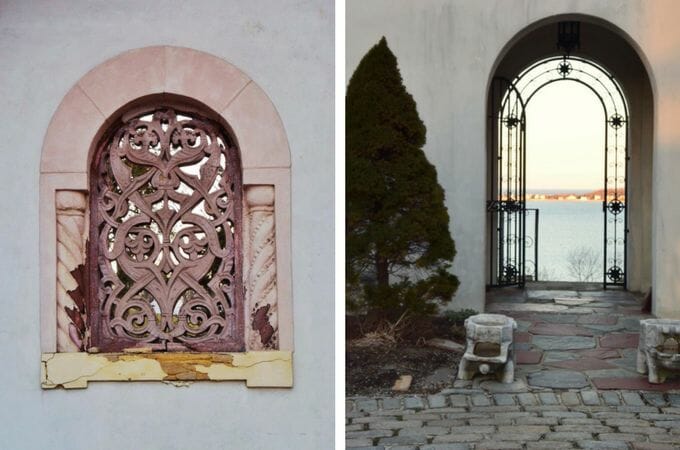 Jazz Age Dreams over, it was on to the North Fork.

At its easternmost edge, Long Island “forks” in two, with the Peconic Bay separating the North Fork from the South. It was in the North Fork where the strength of community really started to show. Everyone we spoke to, whether at the Hyatt Place Hotel where we were staying, the restaurants we ate at, or the local sights we visited, spoke about their love for the place.

We saw it over a dinner of oysters and bay scallops at Buoy One, a seafood restaurant run by Lorraine, a local Long Islander. We saw it at the Riverhead Aquarium, where – far from being a circus show for tourists – the staff rescue injured sea creatures and nurse them back to health. We saw it at Wickham Farm, where we met Tom Wickham, whose family has been farming on this stretch of North Land for over ten generations.

In Greenport, it was clear to see the pride the locals take in their community, and the connections and light-hearted rivalries between each small town or hamlet.

I laughed out loud when a volunteer at the Seaport Museum told us it takes her forever to do her grocery shopping, because she has to stop to speak to everyone she knows; it reminded me of another island, my home of Lewis, and it made me smile.

There was a brief walk along the Greenport waterfront in the rain, where we watched as the ferry from Shelter Island docked to relieve itself of passengers. We warmed up with hot chocolate at Aldo’s, a North Fork institution (not to mention home of the best hot chocolate I’ve ever had in my life), and browsed the sweets and trinkets on offer at Sweet Indulgences, further down the main street. 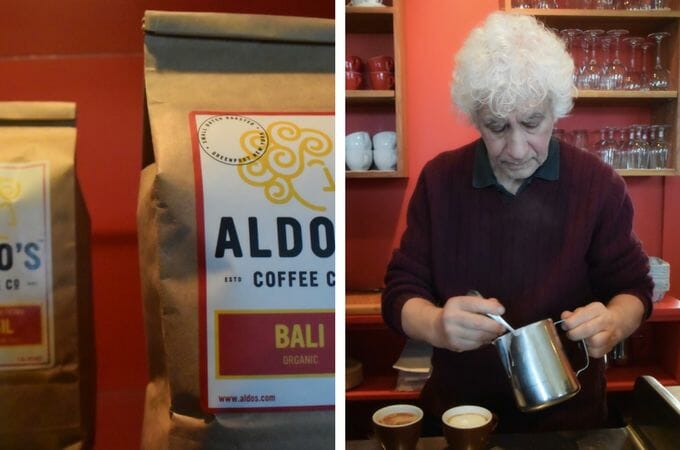 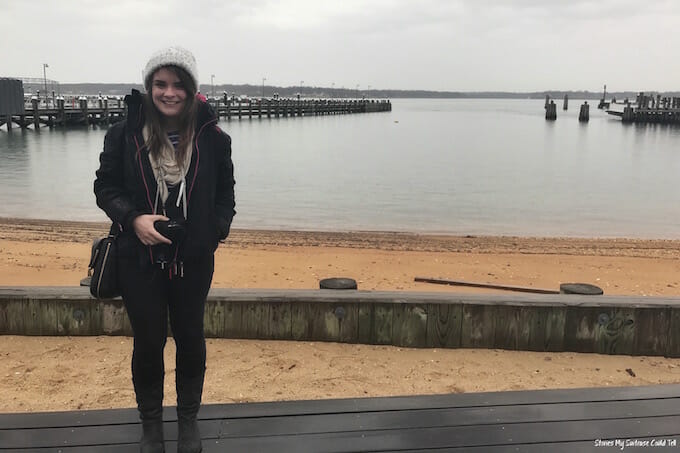 Lunch took place elsewhere, a short drive away in the hamlet of Mattiuck.

Lauren, the owner of Lombardi’s Love Market (on the delightfully named Love Lane), chatted with Abigail, our guide for the day, their conversation touching on colleagues and friends – even Aldo, who at this point we could tell was a local legend. Lauren told us that this was where she wanted to put down roots, and start her Italian food business; after a brief stroll along Love Lane, it was easy to see why.

Our two-day tour ended with a taste of the region’s speciality – a glass of wine. The family-run Castello di Borghese vineyard was the first one in Long Island, and like many of the 50 or so other vineyards here, it was a potato farm in a former life. A team of four run the entire operation, even bottling everything by hand. As the owner told us, they “do it a little bit the old school way” at Castello di Borghese. 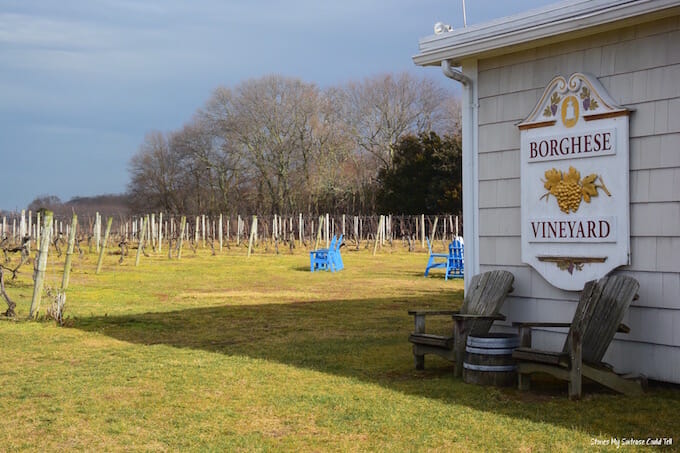 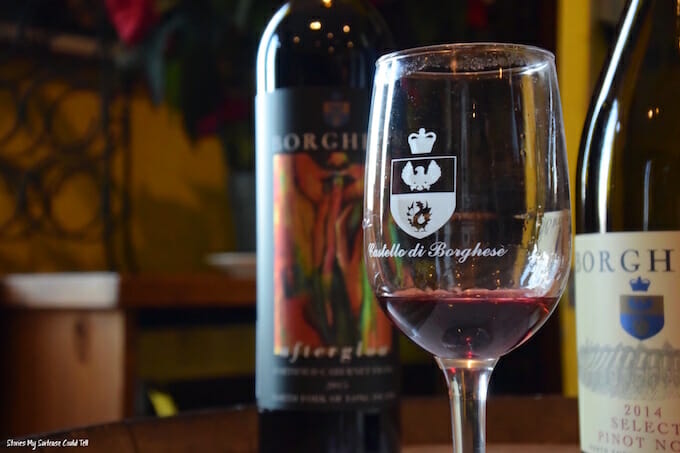 Subconsciously, I had imagined Long Island to be a suburban extension of New York City – but I couldn’t have been more wrong.

From our mini bus I watched farmland, vineyards, and New England-style architecture all speed past outside the window. We drove through little villages, and charming towns. And everywhere we went there was that lingering sense of pride and of place, and the presence of community and cooperation.

Back in NYC, the whirlwind of an itinerary over, it almost felt as if my two days in Long Island had been something of a dream (luckily for me, the bottle of Borghese wine in the fridge reminded me otherwise!).

I don’t think I can say I got to know Long Island in these two days – can we get to know anywhere in such a short space of time? – but the brief introduction was enough for me to know that I’ll be back.

It was enough for me to know that once the temperatures start rising I’ll be heading “out east” to the vineyards and the beaches, escaping the anonymity of the city for the comfort of community, the intrigue of history, and a breath of fresh air. 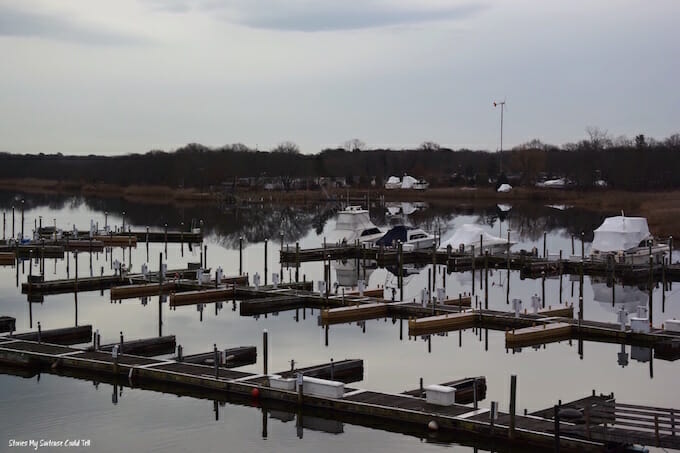 Have you ever been to Long Island, or would you like to visit? Do you have any tips for my return trip? Let me know in the comments – I’d love to hear from you!

Thanks to I Love NY for hosting me on this press trip! As always, all opinions (and history obsessions!) are my own.

« Valentine’s Day Escapes: 6 Romantic Hotels Around The World
Where to Find The Best Food in New Orleans »