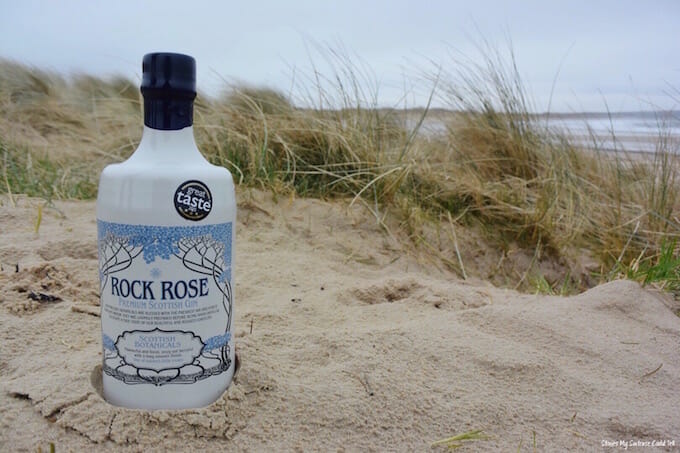 The distilling room at Dunnet Bay Distillery in Caithness feels like a cross between a chemistry lab and the potions cupboard at Hogwarts.

Clear glass bottles with percentages and numbers inked on the outside perch near a tiny vacuum still. The distinctive ceramic spirit bottles, decorated in delicate screen prints, sit ready to be filled. Well-loved books with cracked spines – the unofficial botanical library – line a nearby shelf. And the glowing copper pot still, where the magic happens, sits just inside the door.

Run by husband-and wife team Martin and Claire, Dunnet Bay Distillery opened in 2014, and is now home of Rock Rose Gin and Holy Grass Vodka. This is the most northerly distillery in the British mainland, and – my experience suggests – one of the most welcoming.

Elizabeth, as the distilling still is affectionately called, is warming up for some vodka distilling when my brother and I arrive during our winter tour of Caithness and the North Coast 500. The name is a quiet nod to a certain famous Elizabeth that used to live a few minutes along the road, in the Castle of Mey. 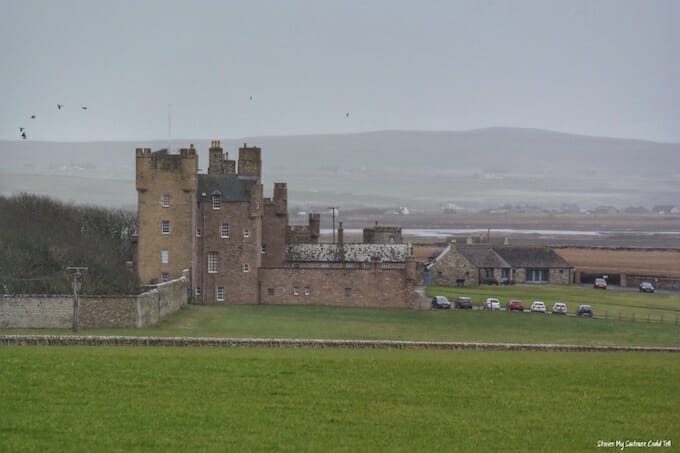 (The Elizabeth in question is Queen Elizabeth the Queen Mother, who bought the ramshackle building in 1952 and turned into a Royal holiday home. She loved this area, and is rumoured to have enjoyed a gin, too.)

It’s not the only local influence here, though – far from it.

Words like “craft”, “local”, and “authentic” are thrown around a lot these days, but at Dunnet Bay Distillery, the local area is an integral part of everything they do. I’ll be honest: I was impressed.

From the botanicals to the screen-printed bottle art, everything here has a connection to Caithness – and it’s clear to see how much the couple love their home. Claire is from this very village, and Martin grew up just a few miles away in Thurso.

“For us it was important to put a bit of our local area in this,” says Martin, who’s giving us the tour while ‘Elizabeth’ is warming up the day’s vodka (it will make enough to fill more than 800 bottles today alone). “It would blow your mind, the stuff you can get locally.”

Rhodiola rosea, which translates as “rose in the rocks”, is a botanical that grows between cracks in the distinctive cliffs of Caithness. The Vikings believed it would give them extra strength for their voyages, and it’s a key ingredient in the Dunnet Bay gin that shares its name, Rock Rose Gin. 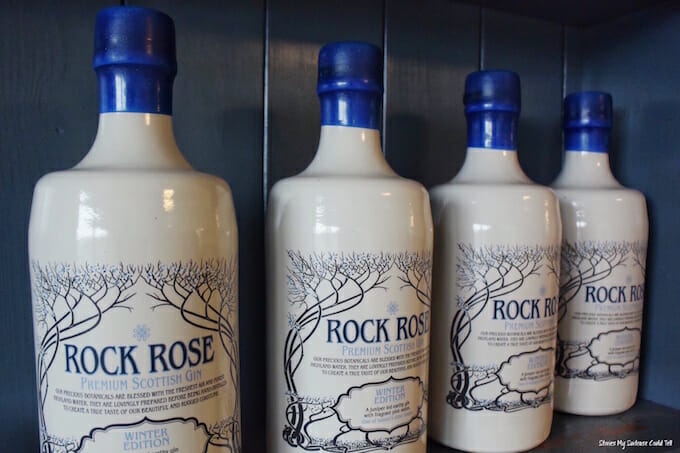 The couple harvest rowan and hawthorn from Dunnet Forest, at the other end of the beach, and forage nearby for sea buckthorn, which they hand-pick. The water used in the distilling process comes from the stream at the back of the building – Laura, who helps out with everything from marketing to bottling, points it out after giving us the tour of the purpose-built geodome, where the gardener tends to cuttings of essential ingredients.

I love a good story, and Martin shares so many fascinating local snippets of history and legend I can hardly keep up.

Their vanilla flavoured Holy Grass Vodka, for example, is partially the result of local lore. Holy grass used to grow on the banks of the Thurso River, and was discovered by local botanist (and baker) Robert Dick in the 19th century. Naturally, the botanical is a key ingredient in the vodka, giving it a smooth, creamy finish.

Then there’s the story of the local boy warned to stay away from the Thurso River because of the kelpie that lived there; he dipped his toe in and got pulled under by the water monster – the same mythical creature that adorns the front of the vodka bottle. Even the dainty blue butterflies on the bottle have a local background, representing the area’s Small Blue Butterfly project, which aims to protect the country’s most northerly colony of the insect, found on Dunnet Bay Beach. 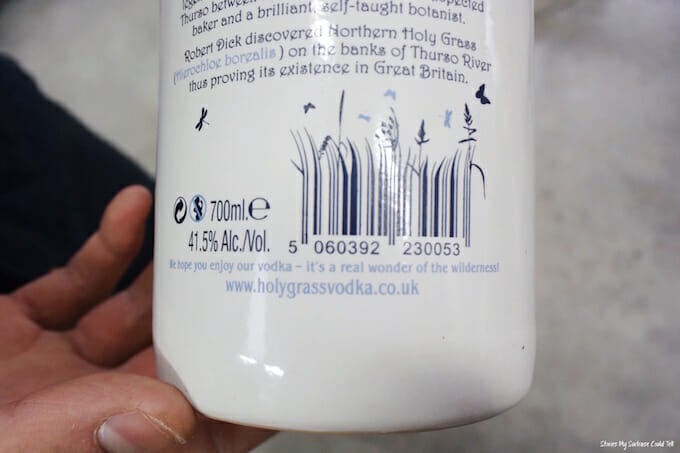 It’s stories like these that will provide the focus for the new Dunnet Bay Distillery visitor centre, which is being built as we speak. An example Martin offers up are the tales of the “rogues and characters” from the illicit distilling days during prohibition in 19th century Wick – something I’ve only ever associated with the USA, and certainly not Scotland. The women of the coastal town of Wick were so tired of their husbands spending their fishing money on alcohol that they put prohibition in place, only for a roaring illicit trade to bubble up in the town.

“We like to try and keep these things alive,” says Martin, referring to both the uses of local botanicals that many may have forgotten, and the local stories that can slip from the collective memory over time. The distillery lends its support to foraging events at local libraries, and is involved in local biodiversity projects, too. 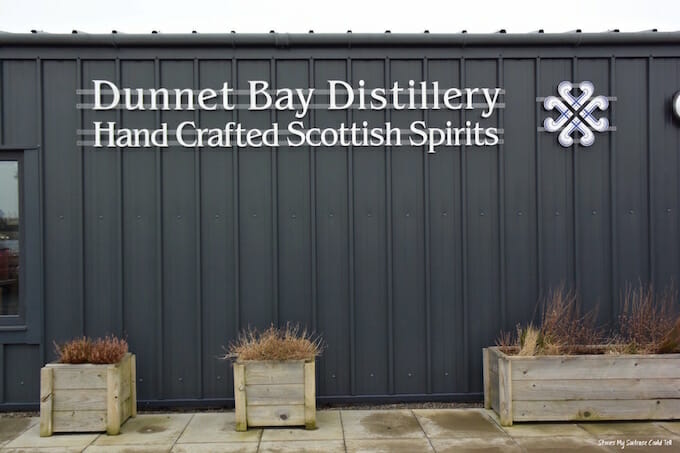 The ingredients here are local, and so is the distillation process itself.

“It’s a very hands on process,” says Martin, explaining that they now understand the still by touch and sound. Everything is done on site, from the distillation to the bottling, and even the hand-waxed seals.

When they began their distilling journey, Martin and Claire wanted to create their own secret recipes – those clear glass bottles with indecipherable numbers and markings we saw at the beginning of the tour hold the results – and they’ve broken the ‘rules’ (successfully) along the way.

Limited variations of Rock Rose are released each season, with seasonality reflected in the bottle design as well as the taste. The winter edition is distilled with spruce tips; the summer one has lemon balm from the geodome; the spring drink features dandelion; and the autumn gin gets its spice from the local nasturtium flower. 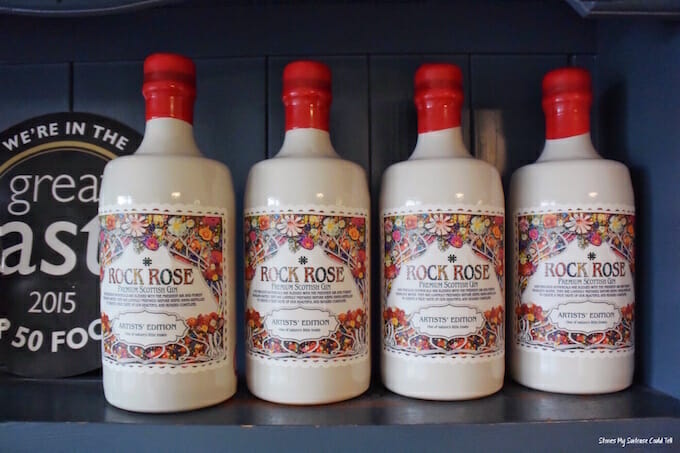 At Dunnet Bay Distillery, there are no directors or owners sitting at a decision-making table far away, as is the case with so many other distilleries. There is simply the family who live here, experimenting with what they love, and hoping others feel the same. “Our goal was to create our own favourite gin, one that we would buy,” remembers Martin.

The couple achieved that, and then some.

When Rock Rose Gin went on sale in August of 2014, they sold what they had projected to be a year’s worth of bottles in just 10 weeks. Martin, who had been working offshore as a chartered process engineer, had expected it would take a few years before he could leave the job, spending more time at home and focusing full-time on the distillery – but it happened almost immediately.

Both Rock Rose Gin and Holy Grass Vodka have won countless awards – too many to list – and can be found on bar shelves the length and breadth of the country. Their miniature bottles, too, have been particularly popular, sold in little “G&T” packages with the relevant bottle of tonic. (And yes, I can confirm that a dram of Rock Rose, complemented with Fever Tree tonic, and a sprig of rosemary, is the perfect night cap.)

My brother and I leave the distillery with our hands full of bottles and our heads full of local legends. At the most northerly mainland distillery in Britain, we’ve found not only spirits that defy expectation, but stories rooted (quite literally) in the land and the community of Caithness. At Dunnet Bay Distillery, “local” isn’t an advertising slogan – it’s a way of life. 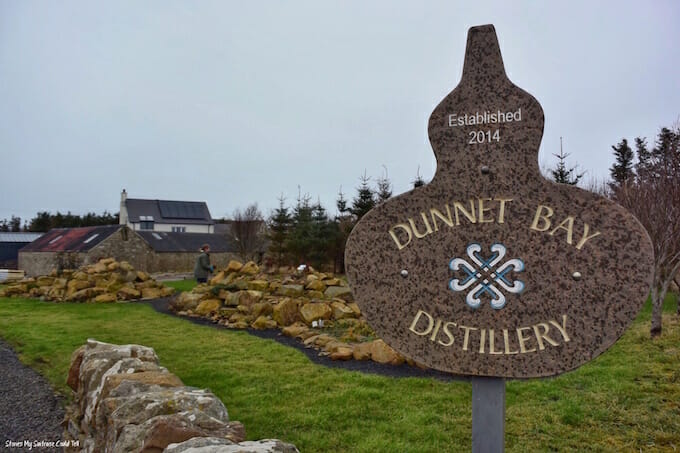 How do I get there? If you’re in Caithness (or driving the North Coast 500), you’ll find the distillery in the village of Dunnet, on the northern side of Dunnet Bay (the beautiful beach next door). The village is a 15 minute drive from the town of Thurso, and 30 minutes from Wick.

Where can I buy a bottle? At the distillery itself, you can buy the spirits from their “gin-filled bookshelf”; there’s a collection of bottles, big and small, for sale at the reception. You can also buy them online, direct from the distillery, and in local shops around the country. (I picked up some (more) miniatures at J A Mackay’s in nearby Thurso, as well as some delicious Rock Rose Gin Tablet!)

What do you think of the new popularity of craft spirits? Have you ever been to Dunnet Bay Distillery, or would you like to visit?

« My Weekend in the North of Scotland: Caithness, Sutherland, and the NC500
Driving the North Coast 500: A Travel Video »