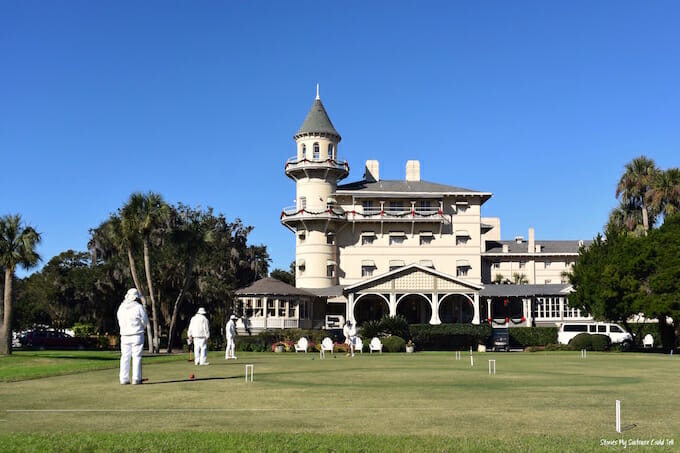 Hawks and pelicans fly determinedly overheard. Sunrise sees early risers walk along the water’s edge as the day comes to life. In the afternoon, locals – outfitted sharply in white – play croquet on trim green lawns in the bright winter sunshine.

Jekyll Island moves at a different pace to the mainland. But maybe that’s because the Georgia barrier island, separated from the south-east coast of the USA by tidal marshland and slow-moving waterways, has never really been like the mainland at all.

My husband and I were in the Golden Isles for two days, spending a relaxing winter weekend by the sea before we headed north to the charming Southern cities of Savannah and Charleston. And despite seemingly being the youngest people on the island by about 25 years, we eased into the rhythm of Jekyll Island and the luxury of our hotel, the Jekyll Ocean Club, without a backwards glance. 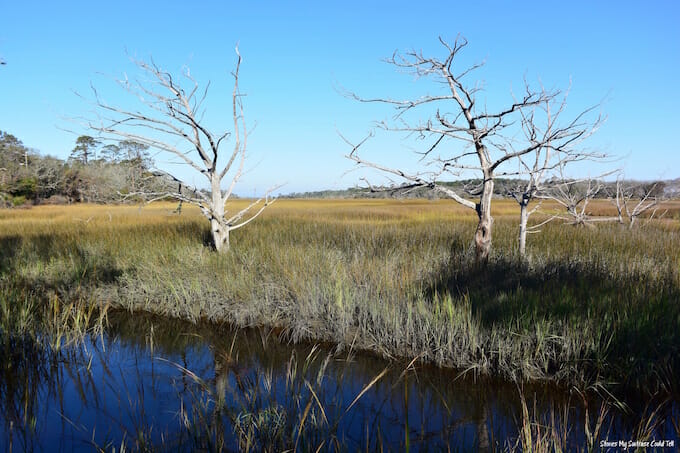 Before General James Edward Oglethorpe arrived from England to found the state of Georgia, the island was a popular hunting and fishing spot for the local Guale Indians.

In 1733, Oglethorpe named it “Jekyll Island” after a friend, but it was in the 1800s that the island’s storied history took an even more interesting turn, when it became home to one of the most exclusive clubs in the world.

It’s a story we learned first-hand on the ‘Passport to the Century’ tour at the Jekyll Island Museum, where a guided trolley tour transports you around the historic district. We were told that in 1886, the island was bought by the Jekyll Island Club, a holiday club whose members included families with names like J.P. Morgan, Pulitzer, Vanderbilt, and Rockefeller.

When all the members were in attendance – usually in the winter months of January to March – it was said that a sixth of the world’s wealth was represented on Jekyll. The island played host to a group of leading financial figures in 1910, where the precursor to the Federal Reserve was created, and in 1915 the first transcontinental telephone call in the country was made here. For such a small place, Jekyll Island was certainly making headlines.

When history wasn’t being made, the Club families were entertaining and relaxing in the Club house (now the Jekyll Club Resort) and in their “cottages.”

While it might seem a stretch – as it did to me! – to call elaborate two-storey homes with multiple bedrooms, kitchens, and living spaces “cottages,” they were apparently modest compared to the family’s regular homes. 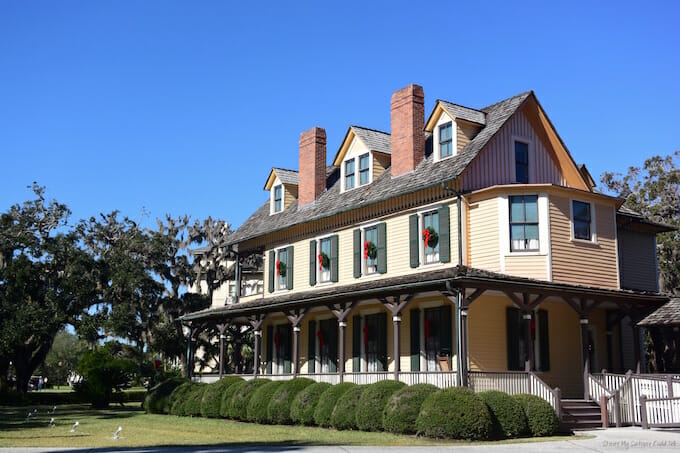 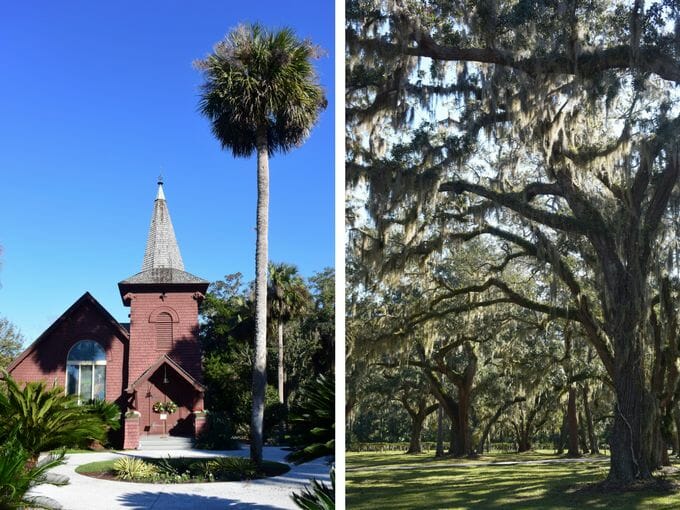 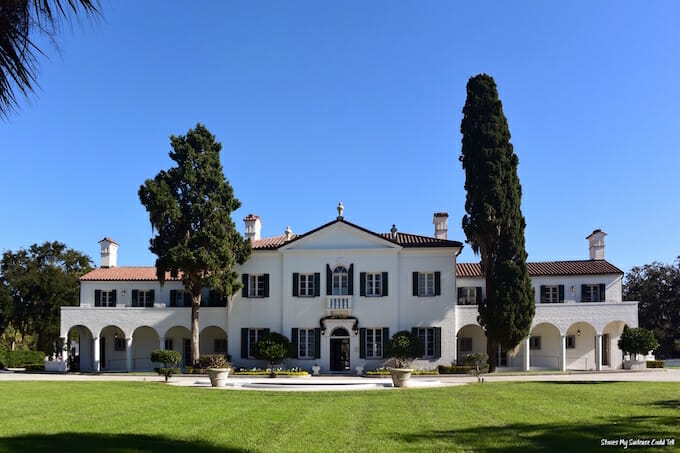 Our tour gave us a first-hand look inside the Victorian-style homes the families built for their retreats, and it was fascinating to see the buildings just as they were in their glory days, with decadent furniture, silk wallpaper, and, in one case, an inlaid ivory drinks cabinet for parties. By the end of World War II, though, the Club’s party days were over, and the island was bought by the State of Georgia in 1947.

But even outside its high-flying history, Jekyll Island still has plenty to offer.

We hired bikes from Jekyll Bikes and slowly pedalled under the stately live oaks. We had mounds of seafood for lunch at the Love Shack (which specialised in fried shrimp), and again the next day at The Wharf, complete with views of the marshland and live country music drifting in from the deck.

We strolled along the beaches, bundled up for protection against the wind. And when the cold got a bit too much to bear – it was early December, after all – we retreated to the Jekyll Ocean Club for some R&R (and a cocktail or two). 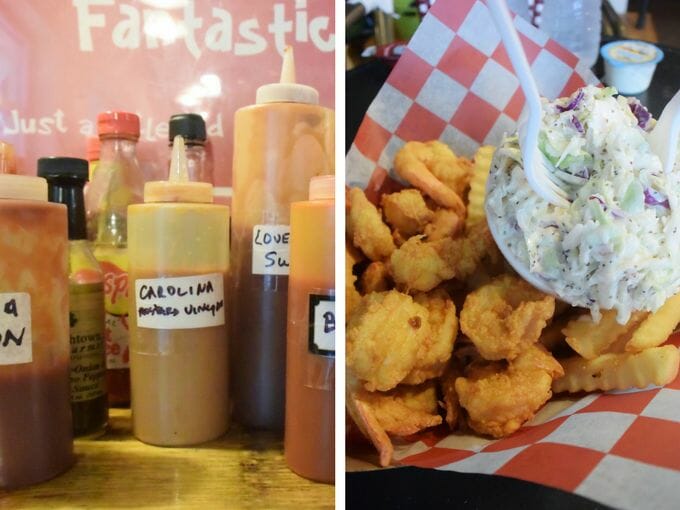 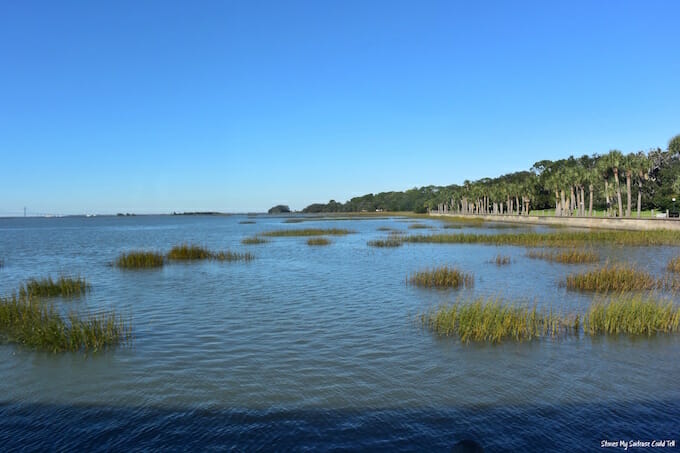 65 per cent of the seven-mile-long island is protected from development, and maybe because of that there’s a sense of calm, of peace and quiet, on Jekyll.

Nowhere was that more evident than at Driftwood Beach. The many photos we had seen online simply didn’t do the place justice. This, the island’s northernmost beach, is being slowly eroded – eroded at a rate fast enough to kill the trees at the water’s edge, but too slow to carry them back out to sea.

The result is ghostly but beautiful, with the weathered limbs of trees reaching and grasping skyward from the sand. We were expecting one or two trees in this natural graveyard, but they dominate the shoreline, so much so that you must climb under, over, and around them to navigate your way along the water’s edge. 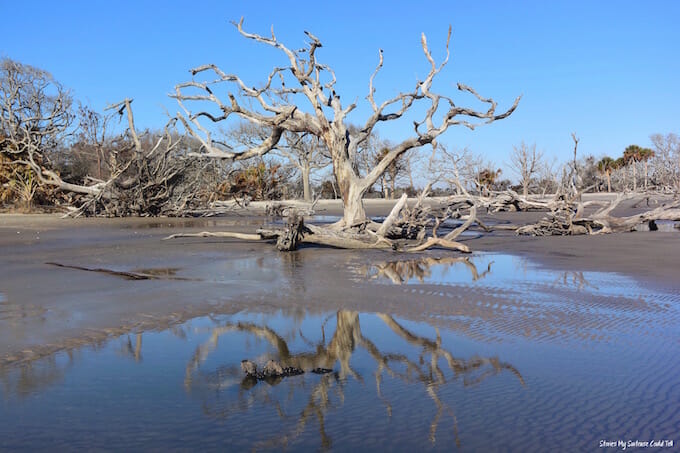 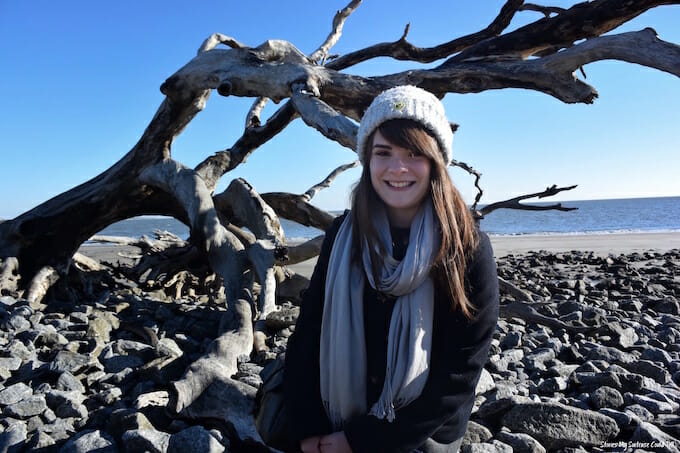 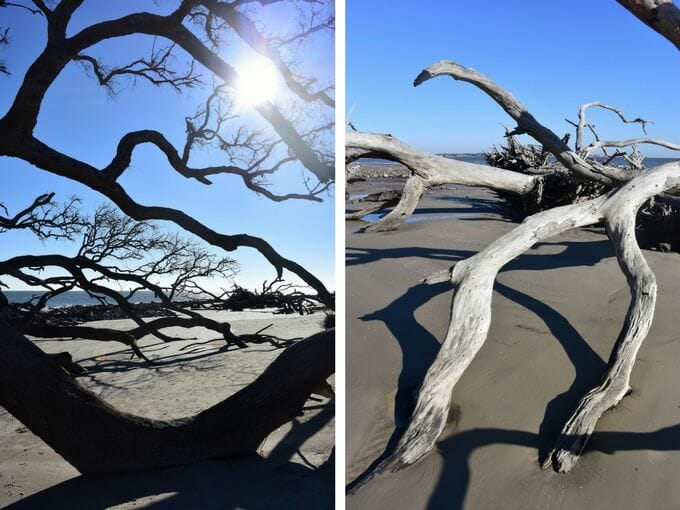 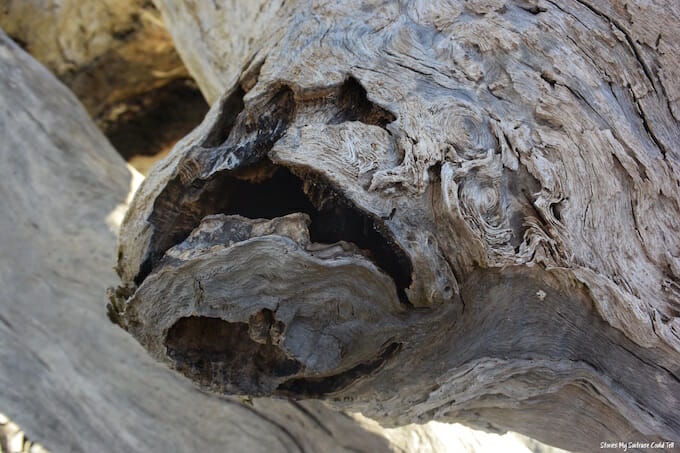 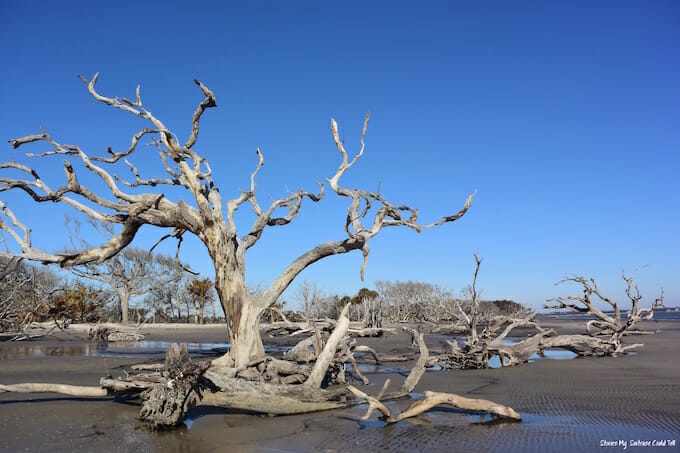 Jekyll Island, I learned over the course of our two days there, is both a natural and a historic treasure.

It’s there in the details, both big and small. It’s there in the meticulously restored carved wooden staircase at the Jekyll Club, and the Tiffany windows in Faith Chapel; it’s in the camera-shy heron I spied in the watery forest by the coast, and the pelicans we watched diving from our hotel balcony.

The sun was low in the sky as we left Jekyll Island and began to cross the causeway that was built in the 1950s. The last of the light was reflected in the watery marshland on either side of us, and flocks of unidentifiable birds flew past, as if saying goodbye, guiding us back to the mainland, and back to the reality awaiting at the road’s end. 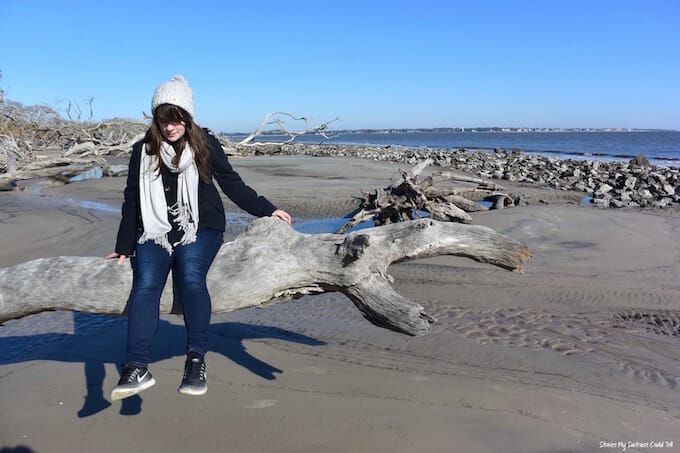 How can I join a guided tour?  Guided tours of the National Historic District run at various times throughout the day, and leave from the Jekyll Island Museum. For a self-guided tour, pick up a map and go for a bike ride; we rented our bikes from Jekyll Wheels, located just behind the Jekyll Club.

Where should I stay?  Jekyll Island is an easy day trip from the mainland, but it’s worth spending a night (or two) to really relax into the island’s rhythm. We stayed at the Jekyll Ocean Club, but there are also various other accommodation options from upscale hotels to motels and rental apartments.

Have you ever visited Jekyll Island, or would you like to? Do you like to visit places for the history, the nature, or the food? (Or all three, like me!).

Many thanks to the Jekyll Ocean Club for hosting us during our stay, and to the Jekyll Island Authority for complementary tickets to the history tour. As always, all opinions – and love of beaches, history, and extra-large plates of seafood – are entirely my own.

« A Coastal Retreat at Jekyll Ocean Club in Georgia
A Weekend in Ottawa, the City That Surprised Me »