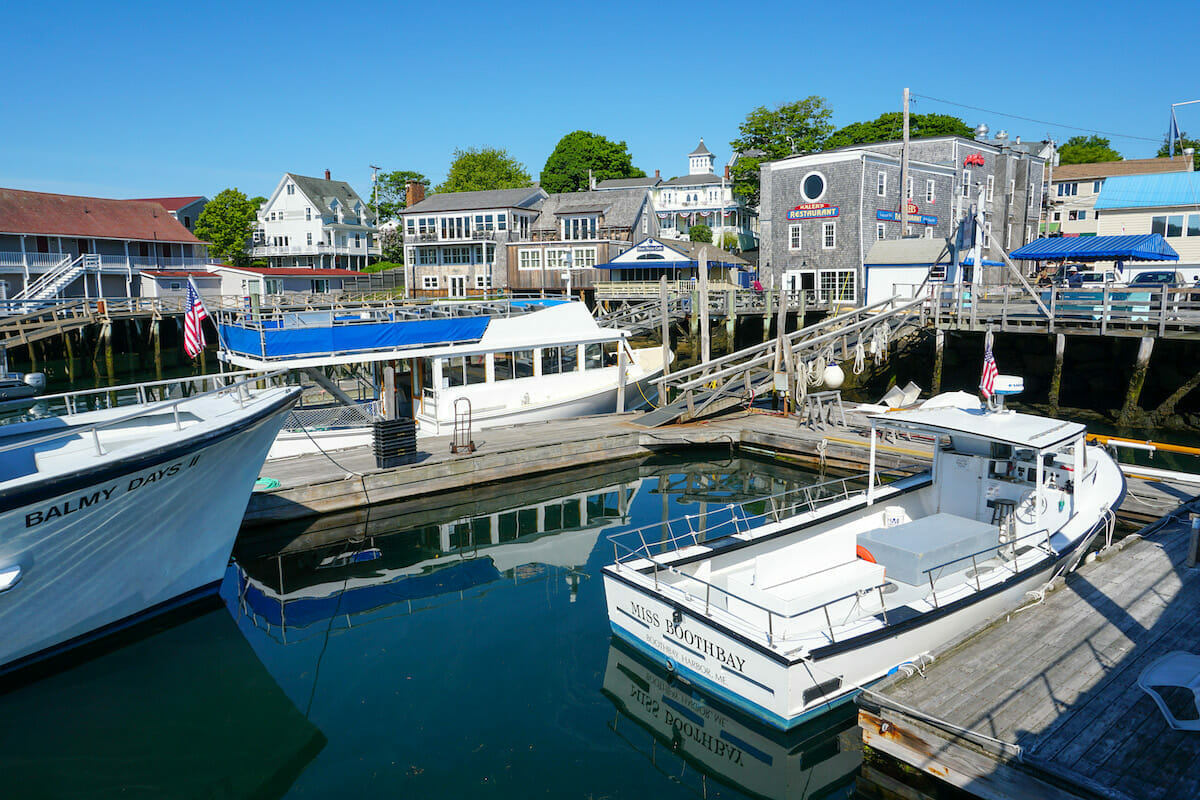 “Well, it’s certainly easier than going all the way to Scotland to see them.”

The open-air seating area on the top of the boat was full, and the solo traveller a few seats away – a grey-haired woman kitted out like she knew what to expect from the boat trip – was commenting on how flying from California to Maine was an easier journey in search of a puffin sighting than going to Scotland.

She was right, of course. Unless you’re lucky enough (like I have been) to live near puffin nesting sites in the likes of St Kilda, the Shiants, or Shetland, then a visit to coastal Maine is the easier option if you live in the USA. As it turned out, I was one of only two people on the Cap’n Fish’s Audubon Puffin Cruise that day who had actually seen a puffin before; everyone else was in for the delightful experience for the first time.

It was everything a visitor would expect from the New England coast, and it put me in mind of what Disney might come up with if they were tasked with creating a coastal Maine-themed town in one of their parks.

After a drive from Portland and a quick harbour-side breakfast from Red Cup cafe, my husband and I boarded the boat, securing prime spots on the open top deck. It left the dock at 10am sharp, slowly motoring out into the harbour as the captain pointed out local sights around the town: the Boothbay Harbor Footbridge, little islands in the bay, and lighthouses like Permaquid Point and Burnt Island. 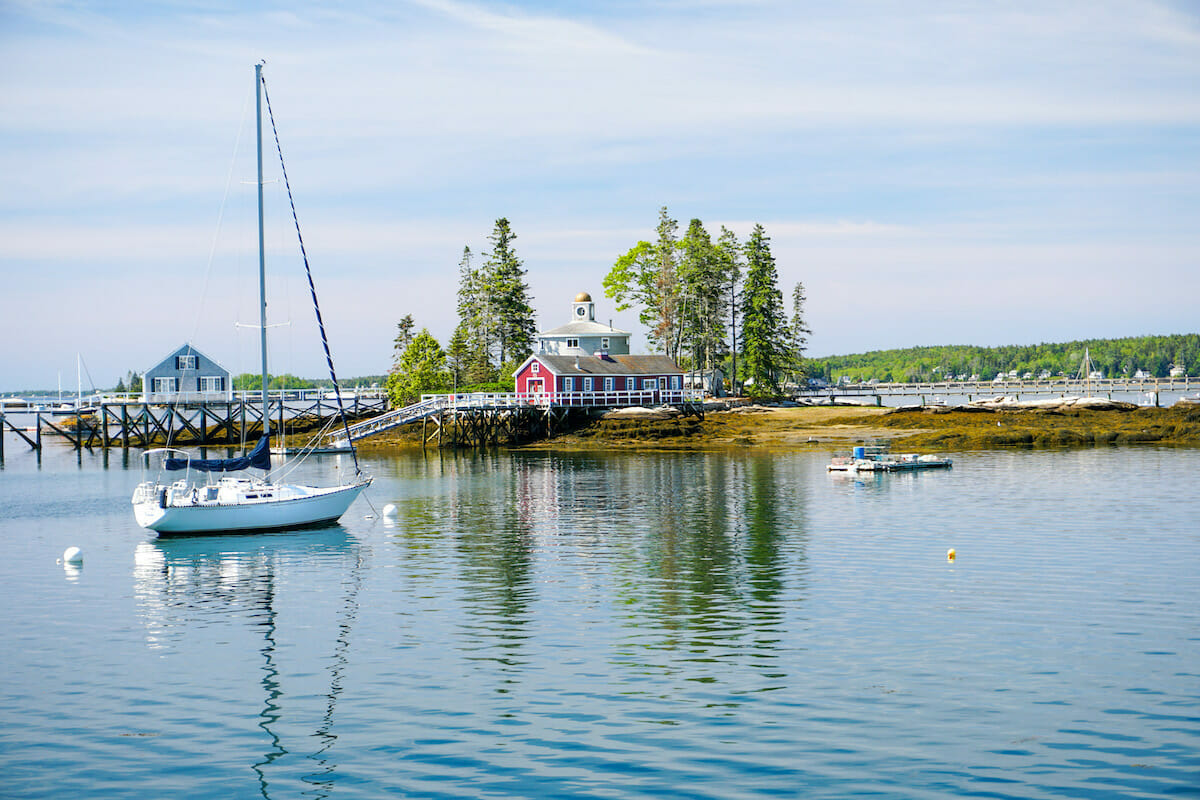 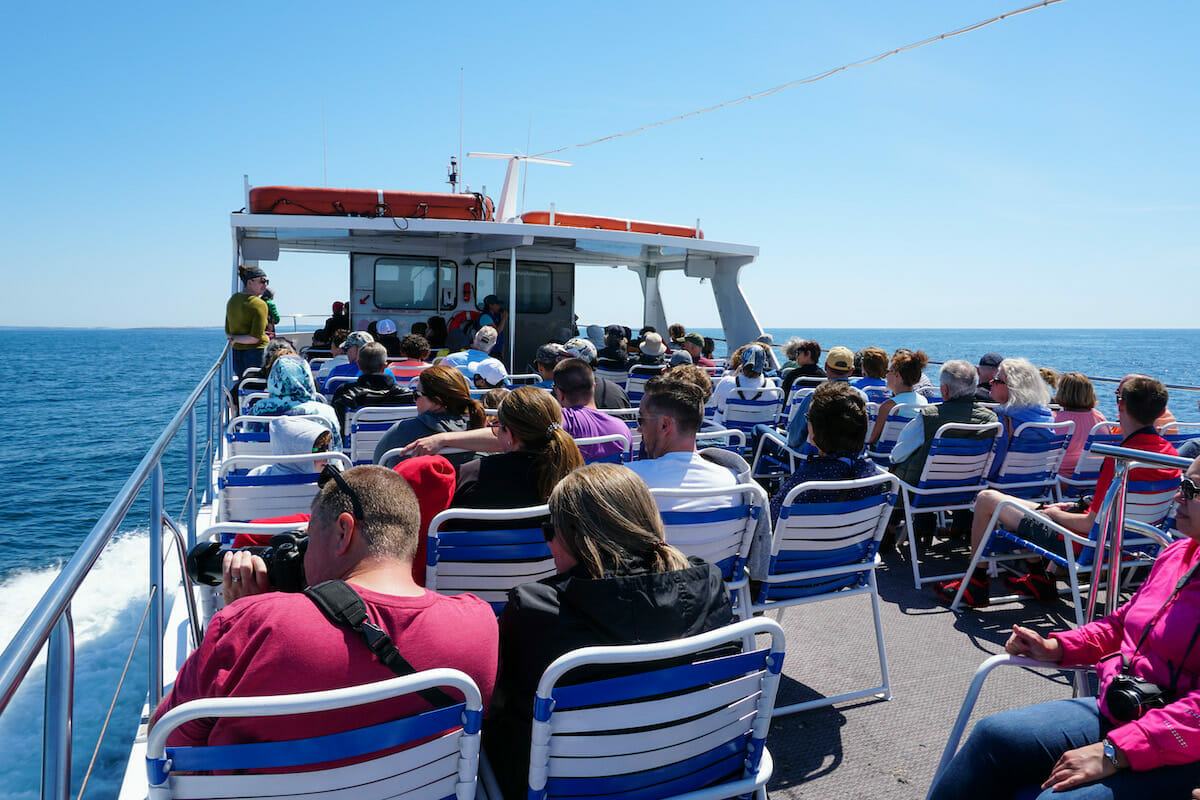 Further out at sea we spied the fin of a porpoise, and the captain even spotted the quick flash of a whale, but it didn’t resurface for the rest of us. Minke whales could be underwater for 30 minutes, he explained, and can travel quickly in any direction; there was no guarantee we’d see it again even if we stayed in that spot. So onward we sailed, towards the puffins.

With the coast receding behind us, our guide from the National Audubon Society’s Puffin Project took to the microphone to give us all a detailed explanation of the birds we would hopefully see in the next hour, and of course, the puffins we were all here for.

She explained that the puffins on Eastern Egg Rock, a seven-acre treeless island in Muscongus Bay, are part of the world’s first restored Atlantic puffin colony. By the late 1800s, puffins had disappeared from the island thanks to hunters. But in 1973, the Project Puffin team began relocating puffin chicks to the island, using techniques like wooden decoy puffins to encourage adult birds to return – and slowly but surely, they did just that. The first puffins began nesting on Eastern Egg Rock in 1981, and now the outcrop is home to around 172 pairs of puffins.

I have to admit to being a bit disappointed when we first spied Eastern Egg Rock: it looked so small!

After seeing puffins at St Kilda and the Shiants, I’d been expecting towering cliffs – but it was interesting to learn that puffins could nest and burrow in these low-lying rocks, too. As our boat got closer to the outcrop, puffins immediately took to the skies around us, their little wings flapping furiously as they sped by. But as they slowly got used to the new feature of the boat, they settled back in the water, bobbing on the surface quite contentedly.

One thing I had on this cruise that I didn’t have on any previous wildlife experience were binoculars – and they were a game changer. With binoculars in hand, I could see the birds in exquisite detail, like the lines of colour clearly delineated on the beak of the solo puffin I watched sitting on the surface of the water, his orange legs paddling hard behind him. 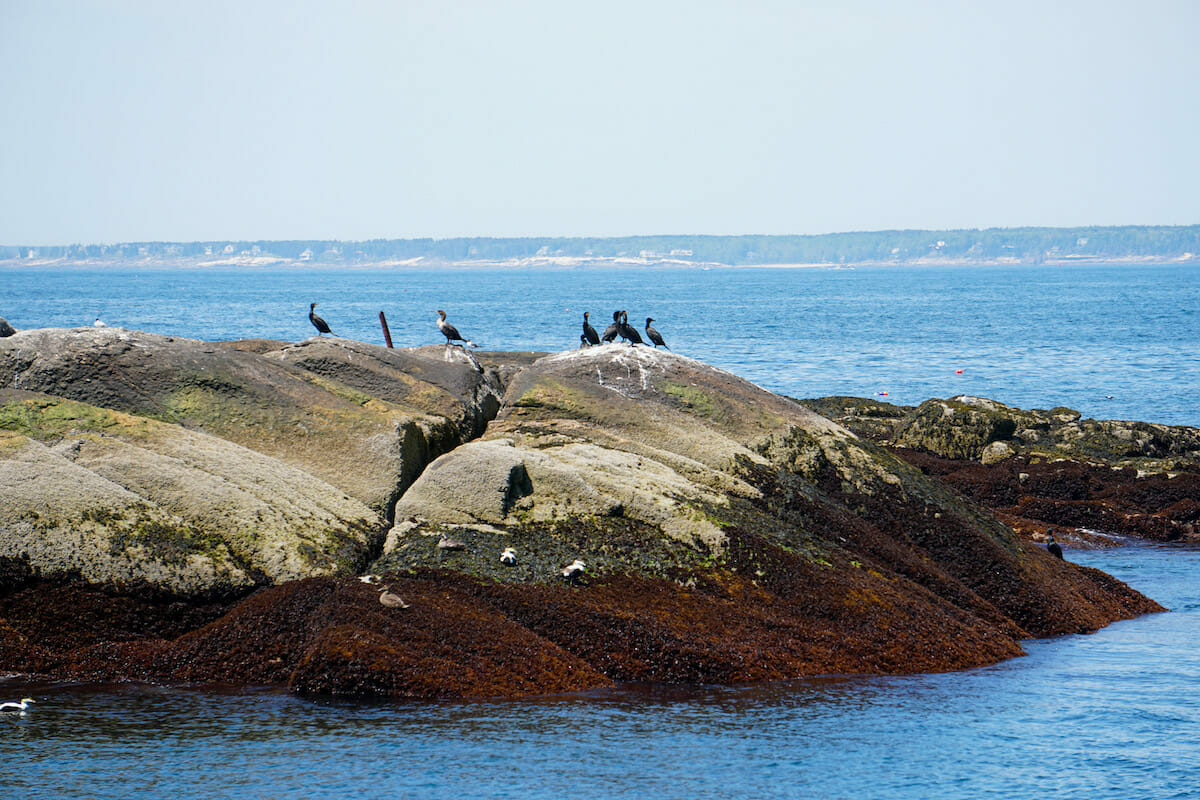 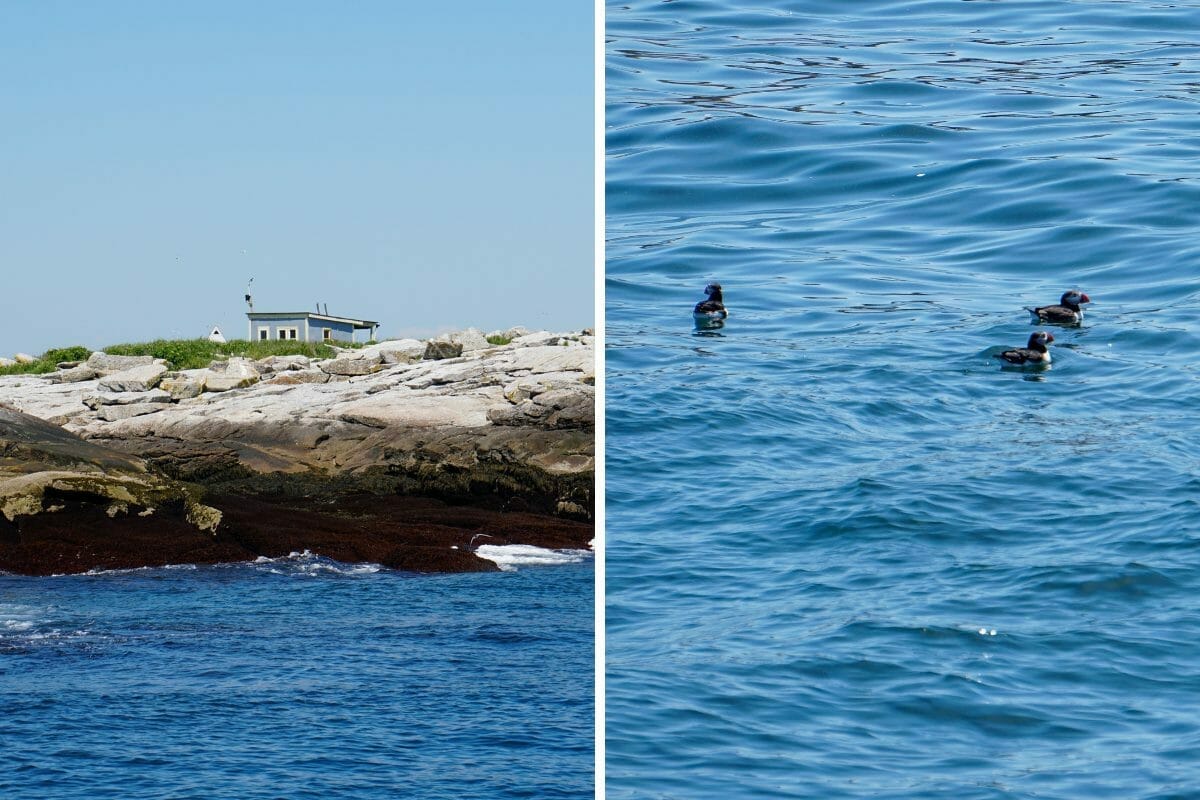 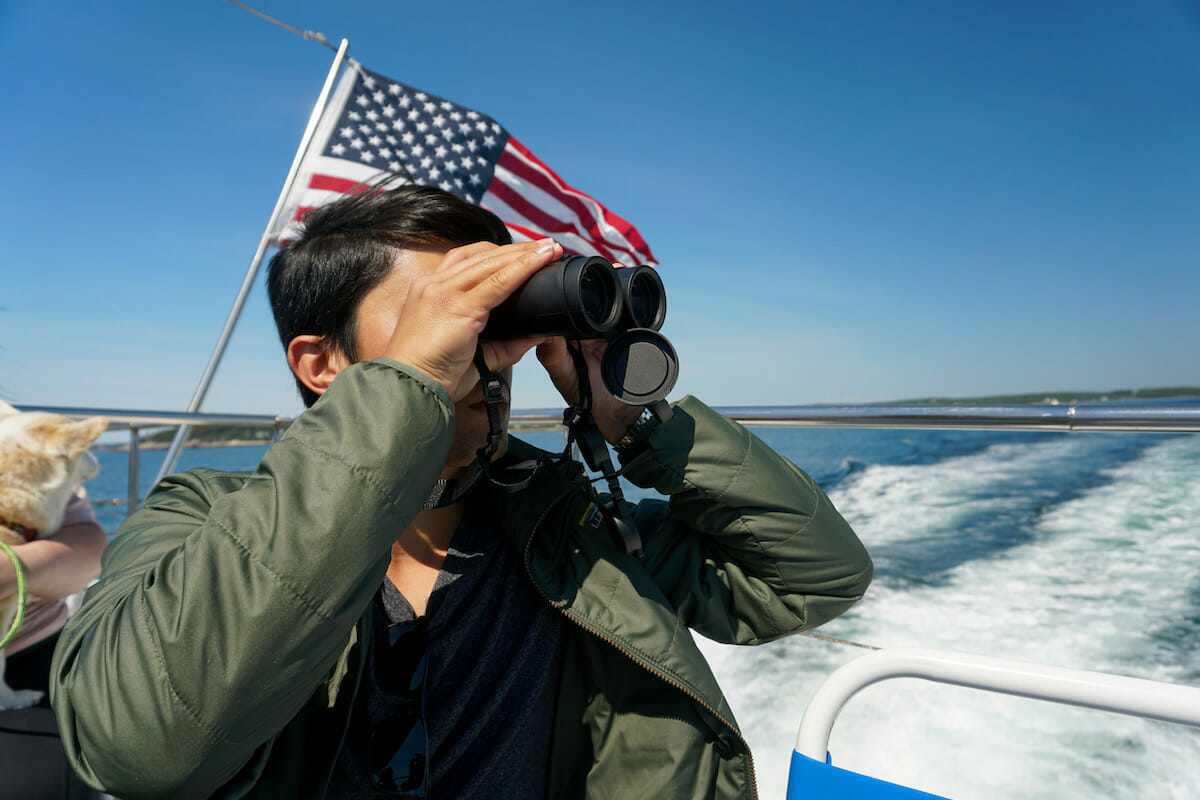 It wasn’t just puffins we saw, either. Cormorants and guillemots perched on the rocky edge of the island drying their wings. Black-and-white common eiders sat nesting on the seaweed-covered ledges. Two razorbills sped past the bow of the boat, which caused even our Audubon guide to exclaim in excitement over the microphone.

After about 45 minutes, the boat began its return journey, and picked up speed to get us back to town in time for the next sailing, only slowing down again as we approached Boothbay to allow us to take in the coastal sights a second time from a new vantage point.

I stepped off the boat with a huge grin on my face.

I had been in my element, thrilled by that invigorating feeling that comes with being out on the open water – and the addition of clouds of puffins was just icing on the cake. Our fellow passenger from the start of the cruise was right: for US-based wildlife enthusiasts, you can’t beat a Boothbay Harbor puffin boat tour in Maine. 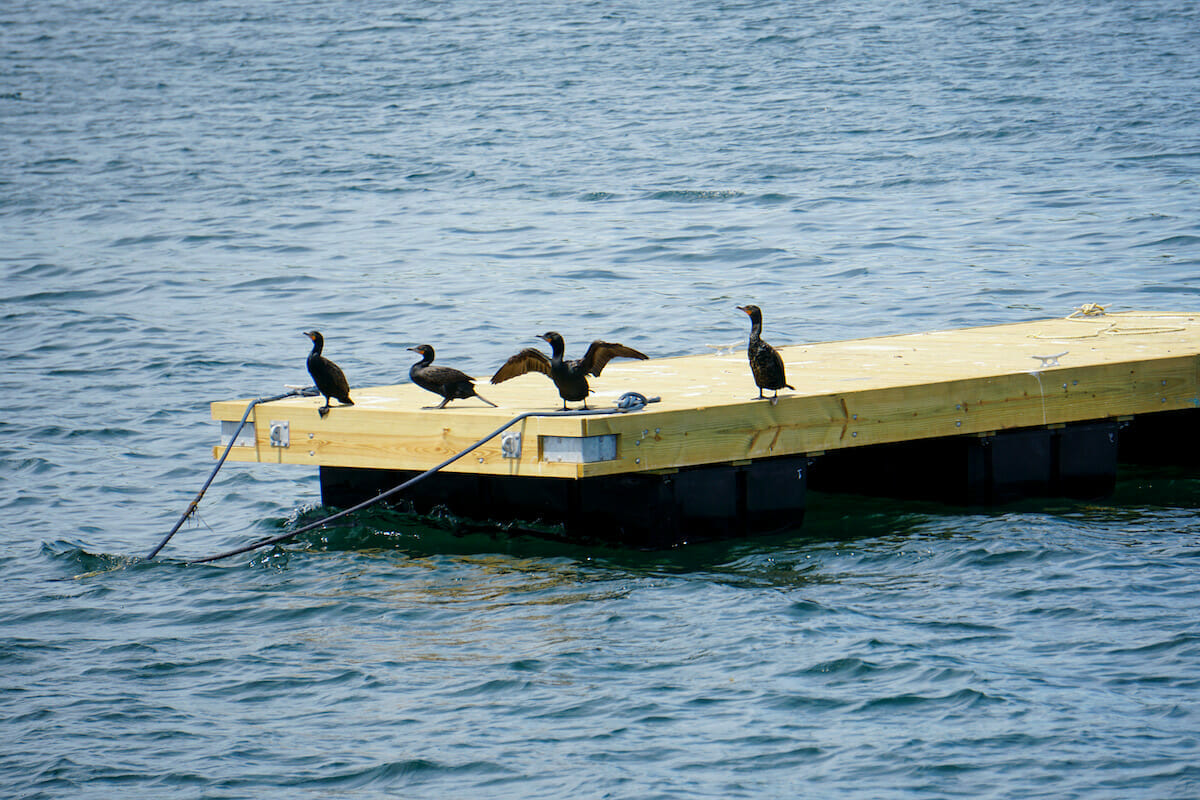 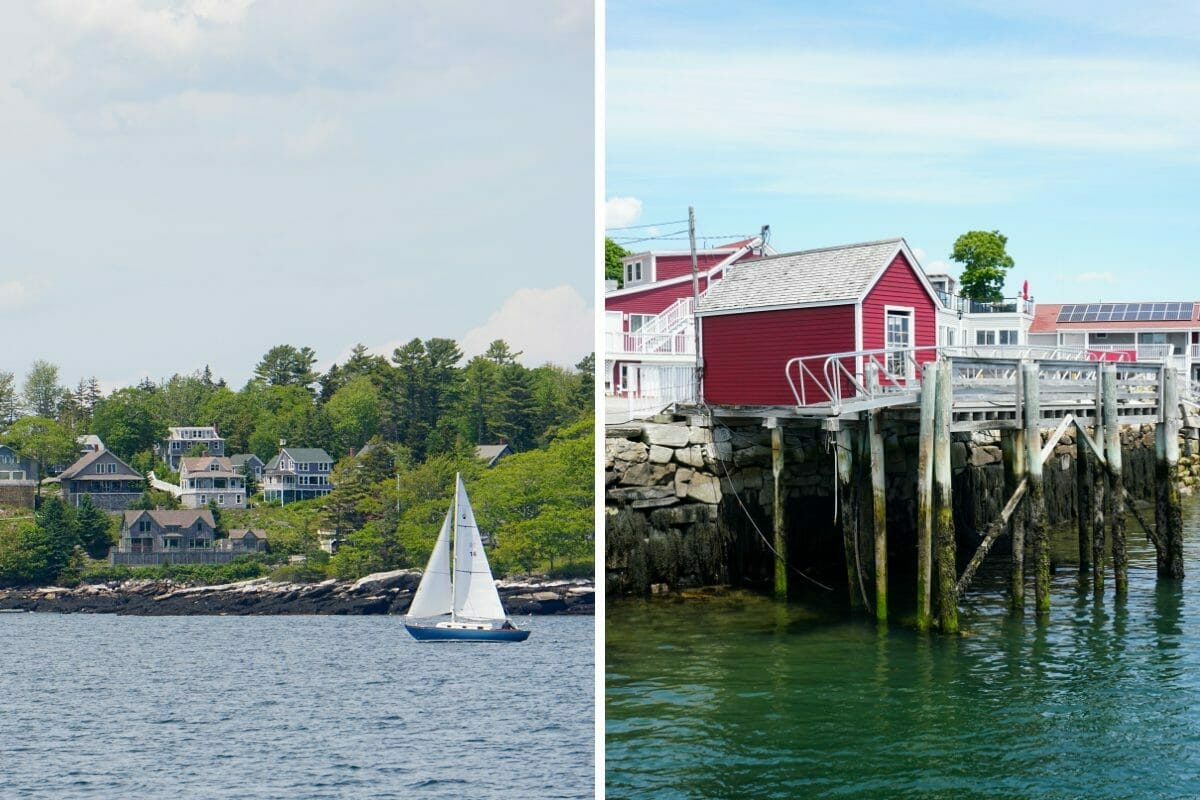 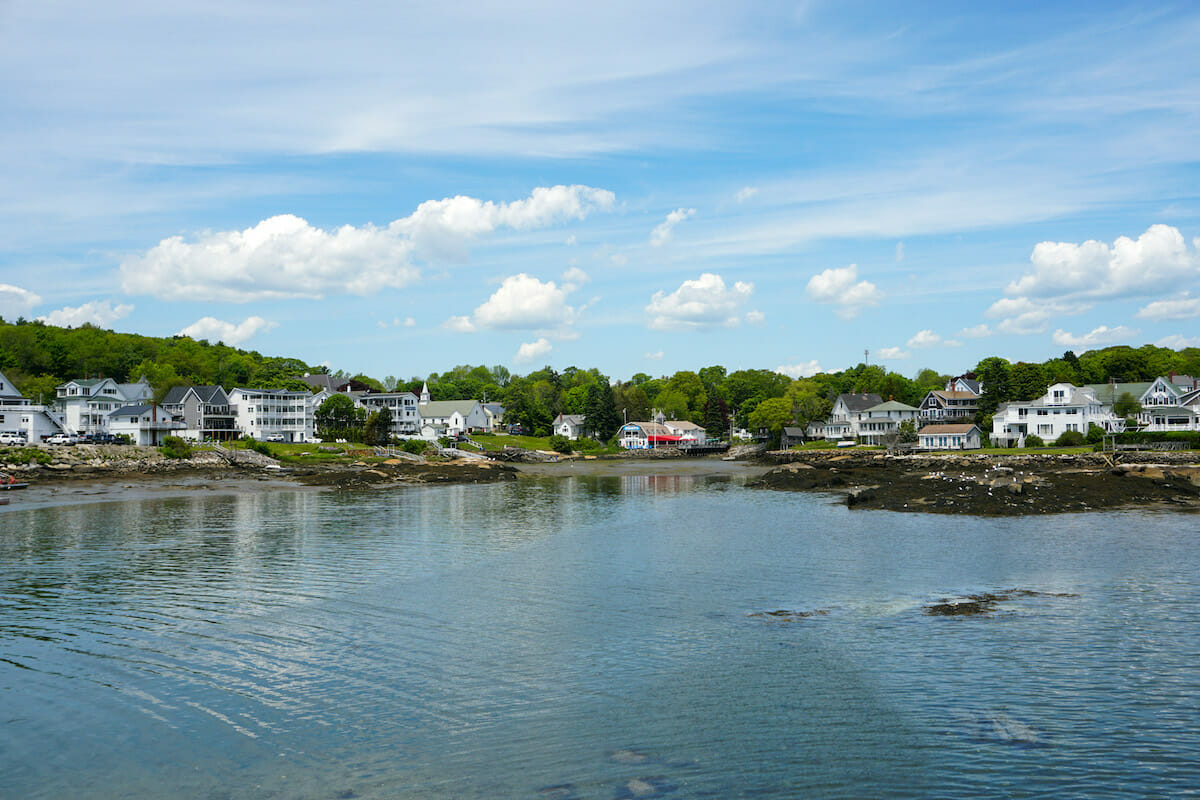 Where in Maine does the puffin boat tour leave from?  The Cap’n Fish’s Cruises leave from the pier in Boothbay Harbor, a small town about an hour’s drive north of Portland, Maine. And they don’t just have puffin cruises either: they also offer cruises for whale watching, lighthouse tours, and even sunset cocktail cruises!

When is the best time to go on a puffin boat tour in Maine?  The boat trip season runs from mid-May through to mid-October, and is weather dependent.

What should I bring with me?  Binoculars, a camera with a good zoom if you have one, and layers – even on a warm June morning, it got cold quickly once we were out at sea. The boats have a full bar with drinks and food for sale too, so if you forget snacks, you won’t be stuck.

Have you ever gone on a bird watching or wildlife tour, or would you like to? Let me know in the comments – I’d love to hear from you!

« An Afternoon at Carnish Beach, Isle of Lewis
Celebrating 11 Years of Stories My Suitcase Could Tell »