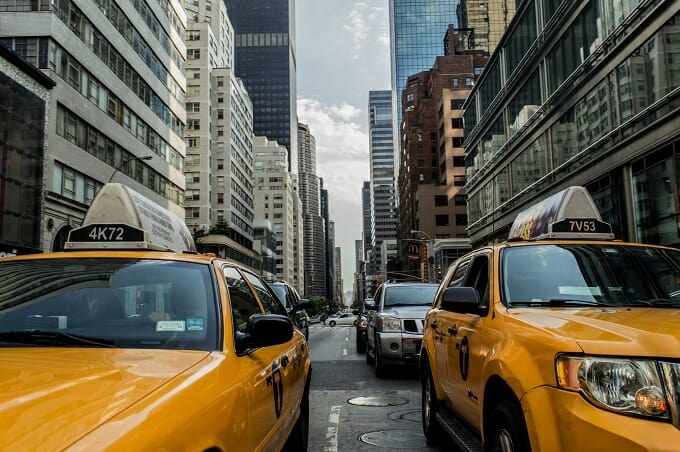 For me, New York City always emanates a sense of confidence, of dreams waiting to come true, goals to be achieved, and an endless list of places to see.  I had always wanted to visit the city Sinatra sang of, and in the summer of 2009 I found myself living in the thick of it.

There was the 29th floor apartment room with a view; the fast-paced foot commute to work, dodging tourists and Today show fans; not to mention bagels for breakfast, cupcakes for lunch, and cocktails on hotel rooftops.

On the first visit, everyone does the essentials.  Broadway.  Times Square.  The Empire State Building.  Lady Liberty.  For a bit of culture there are museums aplenty, from the Met to the MOMA and the kid-friendly American Museum of Natural History.

Don’t even get me started on the shops – as a tourist you’ll want to take in Macy’s, Bloomingdales, and the Fifth Avenue flagship stores – but, as I found out, New York is so much more than its tourist attractions.

A personal favourite is the High Line Park, a rejuvenated railway line that has been transformed into a floating garden of Eden that runs alongside rooftops from West 20th down to Gansevoort Street.  From here you can take a wander – just an aimless amble – through the pretty streets of Greenwich Village.

Sunday mornings are good for thrifting at the Brooklyn Flea Market; if you bag an early bargain and need a pick-me-up there are cute cafes just a riverside walk away in Brooklyn Heights.  After all this, at the end of my three months in Manhattan, I could navigate the city that never sleeps without even looking at my map.

So whether you lunch with the ladies on the Upper East Side or mingle with the students around Washington Square, New York has something for everyone – so much so, in fact, that you’ll want to return again and again.  I know I do! 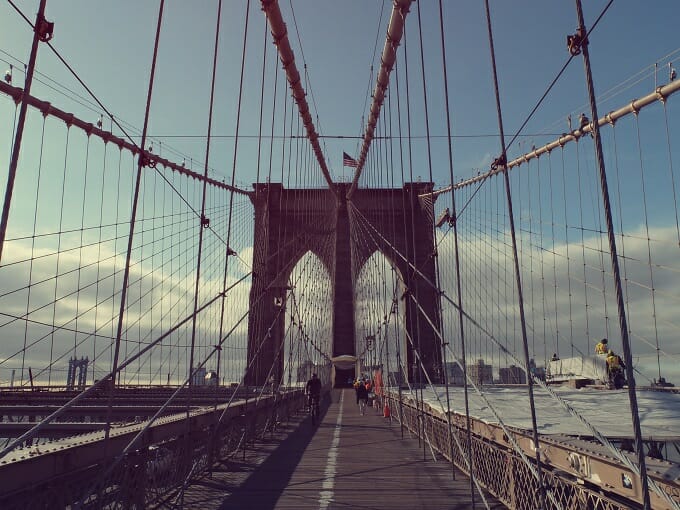 New York City travel tips from inside the suitcase:

Drink: In a city as crowded and cosmopolitan as New York, recommendations get old fast.  PJ Clarke’s, however, is a bar that withstands the test of time – Jackie O, Frank Sinatra, and even the fictional Holly Golightly have graced the place with their presence.  Hugging the corner of 55th and 3rd, the bar is the perfect place to pop in for an after work drink or to settle down for something more substantial in the adjoining restaurant.

Eat: There are too many to mention.  Those with a sweet tooth (or a love of Carrie Bradshaw) should make for Magnolia Bakery.  Other sweet delights can be found at Chinatown Ice Cream Factory (red velvet ice cream anyone?) and Alice’s Teacup.  My local breakfast stop was Ess A Bagel on 3rd Ave – but try to avoid the Saturday morning queues that snake through the store and out the door.

Visit: It may be known as the concrete jungle, but the Big Apple is home to some great green spaces.  Central Park is the most obvious – Bow Bridge and the Alice in Wonderland statue are good for photo ops – although if you have time there are other parks to peruse.  The aforementioned High Line Park is a must, as is Brooklyn Bridge Park, but an equally exquisite gem in the city’s crown is Governors Island.  Formerly owned by the military, this island is just minutes from the Financial District, yet you could easily be miles away.  Take a picnic, hire a bike, and make the most of it.