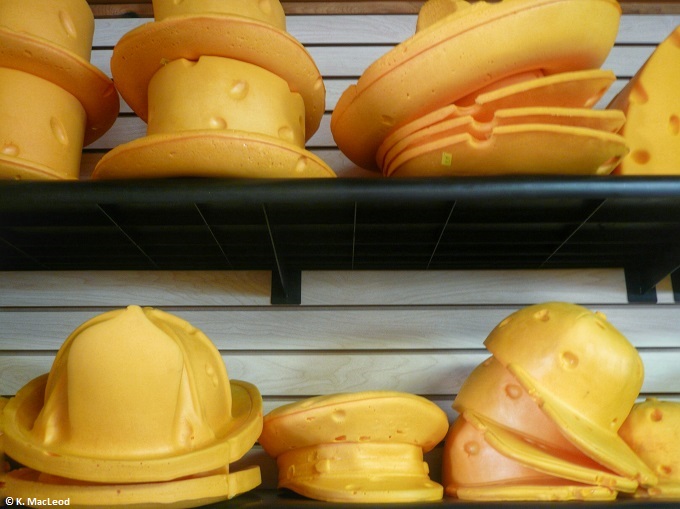 After a week of cycling the streets of Minneapolis, it was time to head to Chicago.  To reach the Windy City by road, you need to pass through Wisconsin, the 30th state and the one well-known as ‘America’s Dairyland.’

From my spot in the passenger seat, I woke up to witness a stunning sunrise. Soon we were speeding past row after row of corn stalks standing tall, and through forests of every imaginable autumn hue.  I couldn’t get enough of the round-roofed, red-door barns, dotted across the countryside as if they had been drawn in from the pages of an American animation.

Equally as plentiful as farm barns, corn fields, and colourful trees were the tall road-side signs advertising cheese, cheese and more cheese.  Wisconsin, wedged between Minnesota and Illinois and underneath Lake Superior, is the country’s leading dairy producer, famous for its dairy farming and cheese making.  It was a given that we would sample some of the state’s most famous export, and one of my favourite foods. 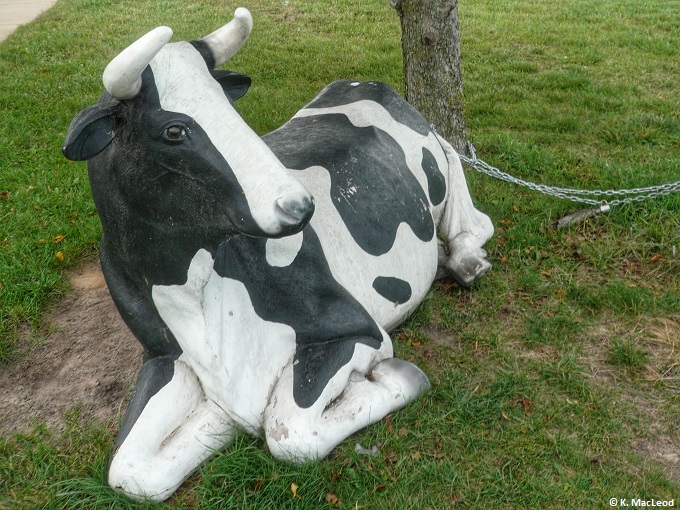 Just off the highway, amongst a cluster of hotels, motels and gas stations that would have been at home at any other rest stop in the country, we found Carr Valley Cheese.  I wasn’t sure what to expect from the small wooden building with two plastic cows and an oversized mouse statue outside, but I withheld judgement until I tasted what they had to offer.

The woman behind the counter was unbelievably friendly – everything you’ve heard about American customer service is true – and the cheese samples of the day were ours for the taking.  There was a vegetable pepper jack option (a friend later remarked it tasted not unlike a vegetable soup); a cardona cheese with cocoa dusted around the edge; and a wonderfully sharp, crumbly cheddar that we took away a block of.  Then there were the cheese curds.

Cheese curds are a by-product of the cheese making process, separated from the whey but not yet pressed into moulds, and are extremely popular in America’s Midwest.  I, having never heard of them until that week, hated them instantly, and their chewy, squishy texture that made them squeak against my teeth as I ate.  Still, I can now say I have tried a unique Wisconsin delicacy. 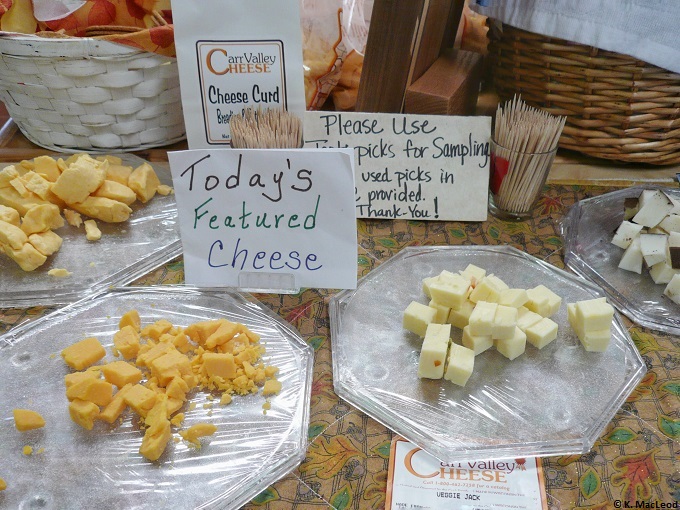 Having left with cheddar, pepper jack and what turned out to be a wonderfully delicious goat feta, we crossed the car park to grab some breakfast at the requisite roadside diner.  They’re not kidding when they say everything is bigger in America: pork chops, sirloin, and rib eye were at the top of the breakfast menu.  I opted for the more sedate scrambled eggs and toast, but others around me were making the most of the mountainous meals on offer.

My road trip experience with America’s dairy epicentre was short, sweet and full of what it should be: lots of cheese!