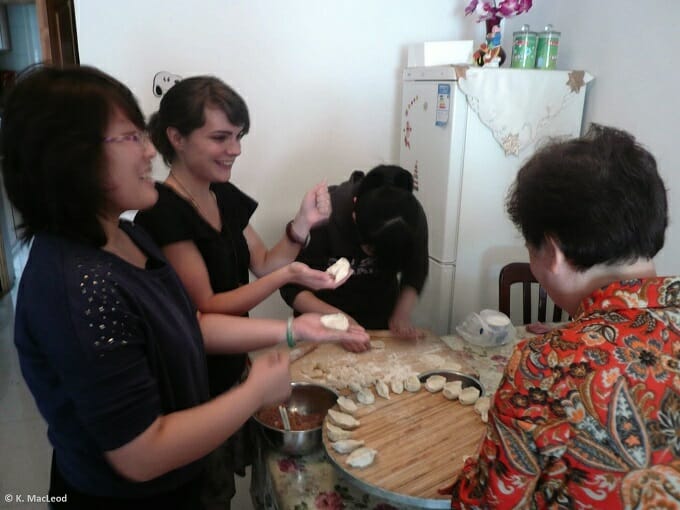 My first Moon Festival celebration was a mix of east and west, traditional and modern – much like my ex-pat experience in China as a whole.  Falling in September 2010, a month into life as a teacher in Tianjin, the Moon Festival was my first (and very welcome) Chinese national holiday.

The Moon Festival, also known as the Mid-Autumn Festival, is one of China’s most important celebrations, taking place at the autumn equinox when the moon is at its fullest.  After a day feasting on dumplings and mooncakes (small round pastries filled with everything from red bean paste to egg yolk), families gather to watch the full moon together, or light lanterns.

These celebrations of harvest are linked to the legend of Houyi and Chang’e, one which has lingered throughout more than 3000 years of Chinese history.  The story goes that Chang’e flew to the moon after taking a pill of immortality, leaving her separated forever from her husband Houyi.  However, at this time of year when the moon is at its fullest and brightest, Houyi is able to visit her for one day only.

To celebrate that September, Chen Xin, one of the cooks in the school canteen, invited us foreign English teachers to her house for lunch.  My mid-autumn morning was spent making dumplings by hand, then eating them.  Lots of them.  Having already developed something of an addiction for Chinese dumplings, in my mind this was a superb start to the day.

Accompanying the jiaozi were prawns (I realised belatedly that my hosts expected me to eat them shell and all), fish, tea eggs, salami, apples, edamame, and salad, all washed down with hot water.  In China, drinking cold drinks with food is considered bad for digestion, a habit I eventually got used to in my new ‘home.’

The rest of the day was decidedly Western, comprising a girly Starbucks-and-shopping afternoon with friends.  Like Boxing Day in the UK or Black Friday in the US, the shops had special sales on, which made the busy Binjiang Dao shopping area in the centre of Tianjin even more crowded than usual.

As the autumn clouds that had been gathering earlier in the week disappeared, we got started on the real celebrations: Tianjin’s first-ever Full Moon Party.  Hosted by the Tianjin Project and held in an open-air courtyard square in what felt like an area of urban wasteland, it was a long night of electro beats and manic moves.

We hadn’t been too sure what to expect – especially since most of us weren’t dance fans, and had classes of 60 children to teach the next morning – but it turned into quite the night.  Devouring dumplings before dancing under the full moon on a cool autumn evening in one of China’s up-and-coming cities?  The Full Moon Festival received full marks from me. 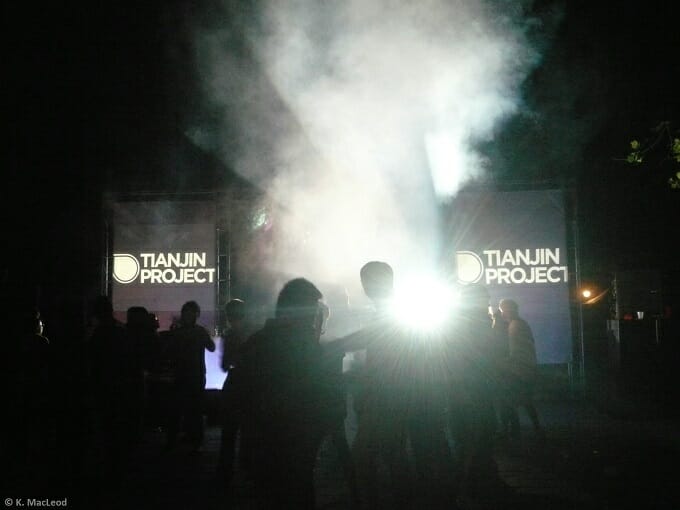 Have you ever experienced the Moon Festival in China, or would you like to? Let me know in the comments – I’d love to hear from you!

« Down at Dalston Yard: Street Feast London
Drinking in the Sunset at Aqua Shard »