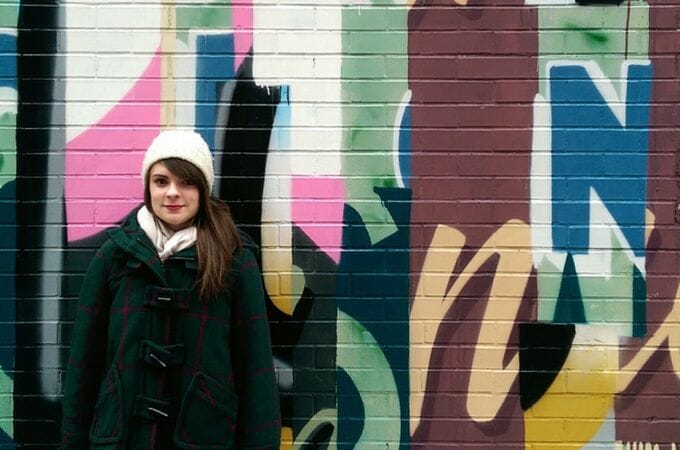 As many of you know, I’ve recently relocated from Scotland to the States, leaving the sandy shores of home, the Outer Hebrides, for the skyscraper-lined banks of the Hudson River.  While there are many things I love about my newly adopted country – the positivity of the people, the good food, the convenience of just about every shop being open at all times, and the mix of cultures, to name a few – there are still some cultural differences and random occurrences that I am yet to come to terms with, so here’s a (mostly) light-hearted look at six of them.

1. Gaps in the doors of public toilets.

I’m not just talking about a gap between the floor and the bottom of the door: I’m talking nearly inch-wide spaces around the door frame too, allowing anyone and everyone in the toilet to see what’s going on inside each stall with an accidental glance in the wrong direction.  Is this normal for Americans?  I’m not sure.  It’s slightly uncomfortable for a Brit like myself, but after living in China where most public toilets had no doors at all, I suppose I can’t really complain.

Where are the evening headlines? And the international news stories?  As an International Relations graduate, journalist, and self-confessed news junkie, this one is hard to adjust to.  I find the news channels here to be very insular, focusing almost solely on domestic issues, and often offering sensationalist coverage.  CNN and Fox News just don’t match up to the Beeb or Channel  4 News.  Thank goodness for newspapers and Radio 4, is all I can say.

Until you’ve stepped foot on American soil, it’s impossible to imagine the quantities that are served on plates in this country.  The amount of food offered as a main dish or ‘entree’ at a restaurant is more than enough to feed two people; starters here are akin to main meals in the UK.  America is also home to portion sizes that don’t even exist in Europe, and the recent advert I saw at McDonalds is a case in point: 50 chicken nuggets for $9.99.  Yes, 50!  On the plus side: what you don’t eat in a restaurant here, you are more than welcome to take home with you – the waiter will box it up nicely, and your lunch for tomorrow is sorted.  I tried to do this once in the U.K. and received a rather strange look from the waitress…

While we’re on the theme of restaurants, the manners and etiquette on display in restaurants here are in stark contrast to that of the U.K.  Back in Britain, you receive a clean knife and fork with each course; here, my dirty cutlery from the first course is often taken off my plate by a waiter and placed back on the table.  This would be considered unhygienic and rather rude on my native side of the Atlantic.

Another restaurant faux pas in the UK is removing a plate from the table before all diners are finished eating.  Here your dinner plate is whisked away the moment you taste your last mouthful, regardless of what stage of their meal your fellow diners are at.  To me it feels rushed and impolite, as if the customer’s enjoyment of the meal is secondary to getting the next lot of fee-paying diners in through the door and into the recently vacated seats.

This is perhaps the most controversial of cultural divisions between Britain and America.  Contrary to what some Americans have been led to believe, we do tip in the UK.   In restaurants and bars, if you receive good service, it’s expected (not to mention good manners) to leave at least a few pounds for your waiter or bartender.

Here, tipping feels like a minefield, and is practically mandatory regardless of the quality of service, (something I strongly disagree with).  Not only that, but tipping extends far beyond restaurants and bars to hair stylists, nail technicians, delivery boys, taxi drivers – the list goes on.  As far as I’m concerned, a tip should not be given simply for doing the job you are already paid to do, but for going above and beyond its basic requirements.

Last, but not least – and certainly not surprisingly, coming from a travel blogger – is the ‘vacation’ culture here (or should I say, lack of it).  Let this sink in: there are no nationwide legally mandated holidays in the U.S.  In fact, the U.S. is the only advanced economy in the world that does not guarantee its workers paid vacation. Of those people that do get paid holidays (a meagre 10 days a year, on average), many are genuinely too concerned that it will affect their career to take all – if any – of those allotted days.

For someone brought up in Europe, this practice is mind-boggling.  In the UK, the mere idea that you might not use all your annual leave is unheard of.   It’s considered important to live as well as work, and to rest, mentally and physically, during your time off, which for most workers adds up to four to five weeks a year – minimum.

In fact, one of my biggest concerns about this new all-American life was that my travelling days would be limited, but a quick glance at other American-based travellers assures me that a life well-lived (and well-travelled) is possible on this side of the Atlantic.  Just look at Christine Amarose of C’est Christine, who last year visited three new countries and countless new domestic destinations from her base in Brooklyn; or New York-based journalist Caitlin Kelly, who has travelled to 39 countries and counting, and recently returned from an extended winter break in London and Paris.  For someone who feels restless without an upcoming trip planned, it’s inspiration indeed!

Of course, encountering new customs and ideas is all part of the adventure of the expat experience, and I’m sure there are many British peculiarities that would befuddle my American friends and family, just as these intrigue me.

What do you think of these expat encounters? Have you ever experienced cultural differences in a new home?

« Exploring Point, the Eye Peninsula
An Introduction to Brunch in NYC »