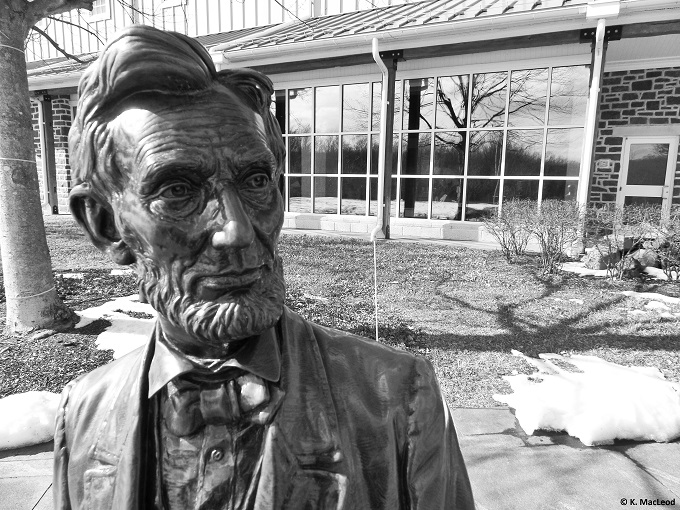 The site of the Battle of Gettysburg, on the edge of the Pennsylvanian town of the same name, is one of America’s most-visited destinations.

Attracting 1.2 million visitors every year, it’s home to summer scenes of bumper-to-bumper traffic. How can you avoid the crowds and get a real feel for this historic location, the Civil War’s most famous battlefield?  Do what my family and I did, and visit on a blustery February afternoon when the skies are blue and the temperatures are below freezing – you’re almost guaranteed to have the wide open fields all to yourself.

Coming from Scotland, my knowledge of the Civil War has always been hazy, gleaned from old films and snippets of news.  That all changed when I visited the Gettysburg National Military Park and discovered the role the battle played not only as a turning point for the Civil War, but in the ensuing fight for civil rights in America through the generations that followed.

The museum, which underwent a state-of-the-art renovation a few years ago, is the best place to start, especially if the battle is new to you.

An introductory video, narrated by Morgan Freeman, gave an interesting and informative overview of the Civil War and its causes, while the museum exhibits and Cyclorama painting from the 1880s added in details of where, when, and how the soldiers fought, on top of the ‘why.’

I learned that it was the election of Abraham Lincoln, who was in favour of the abolition of slavery, that ignited the spark that started the war; that South Carolina was the first state to secede from the Union; that the battle here in Pennsylvania was the bloodiest of all, and that it inspired Abraham Lincoln’s famous Gettysburg Address at the dedication of the National Cemetery in 1863, where he called for “a new birth of freedom.”

But the real highlight was the Gettysburg battlefields themselves, the acres of grass stretching under blue skies, dotted with snow banks and memorial monuments to the 51,000 soldiers who were killed, wounded, or captured on these fields. 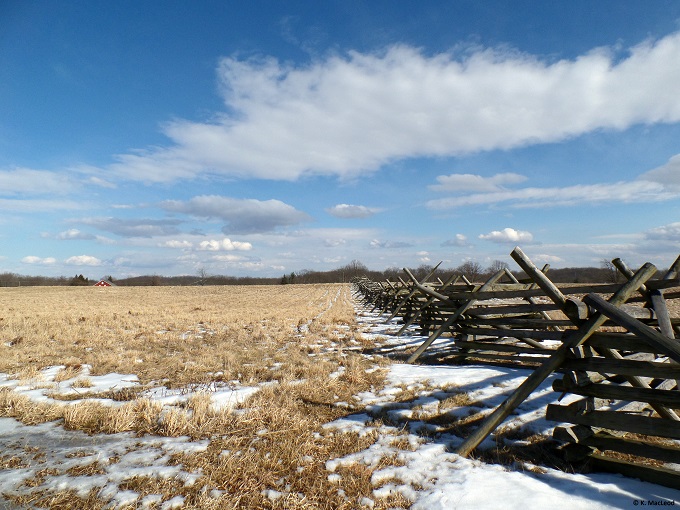 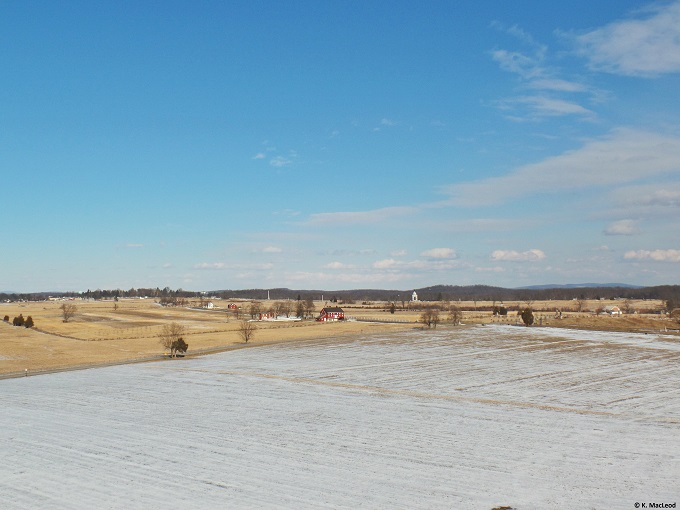 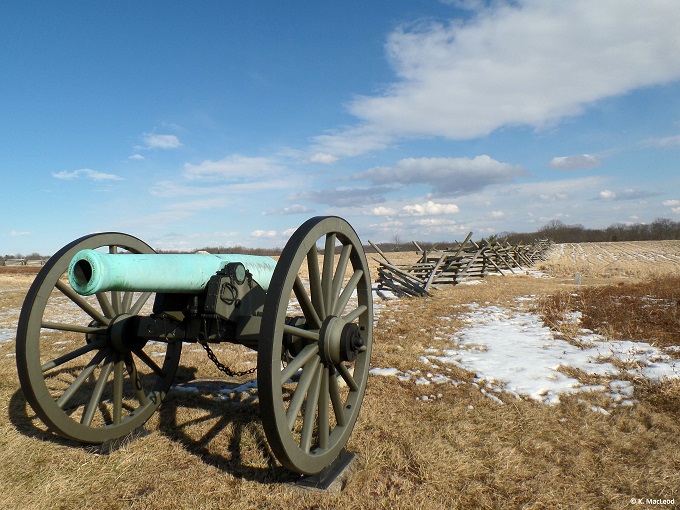 We climbed the observation tower near Eisenhower Farm, bracing ourselves against the cold for a panoramic view of the battlefields.

We drove up to Little Round Top, the site of a crucial battle and a defensive point for the Unionists.  The view was beautiful, and the location poignant.  No-one could have climbed this hill and survived while under a charged bayonet attack; I could almost imagine soldiers hiding behind the boulders by my feet, attacking the Confederate men that had risked the climb.

For someone like me, always in search of a story, it’s not necessarily the battle times and minute movements that intrigue, but the bigger historical picture.  As I stood in the cold wind at Little Round Top, it made me wonder what America would look today if the Unionists had lost, and made me ponder the lasting legacy of the war.

It’s incredible to think that battles took place on these fields not in some distant past, but (considering the grand scheme of history) in quite recent times.

It’s strange to imagine that a country which today is considered one of the most powerful on earth was so recently violently divided.  As one of the museum exhibits put it, “The Civil War decided what the nation would not be – a loose confederation of states and a land of slavery… the war changed what it meant to be an American.”

For those with even a passing interest in history, a visit to Gettysburg will leave you inspired and informed.  And even if history’s not your thing, the 60 acres of charming countryside dotted with monuments that make up the National Military Park are more than worth making the pilgrimage to Pennsylvania for. 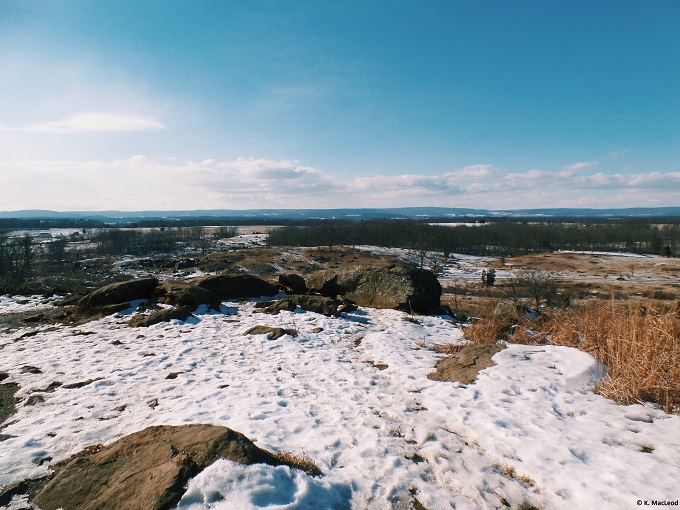 How do I get to Gettysburg?  Gettysburg Military National Park is located in Adams County, Pennsylvania. The nearest major city is Harrisburg, and the best way to reach the park – unless you’re going on an organised tour of some kind – is by car. Detailed driving directions can be found on the park website.

How much does it cost?  Entry to the National Park itself is free, and so is entry to the visitor centre – but you’ll pay an additional fee to experience the film, cyclorama, and exhibit.

Have you ever visited Gettysburg, or would you like to? Let me know in the comments below – I’d love to hear from you!

« What It’s Really Like To Climb The Great Wall Of China
Suitcase Stories: February 2015 »