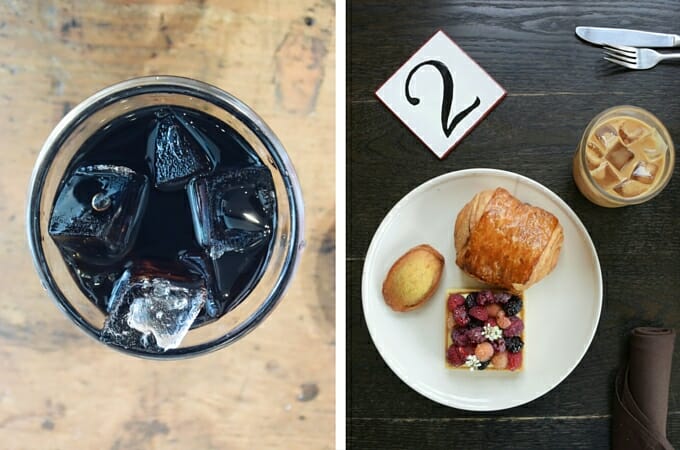 If you’ve never actually touched down in the Windy City, then you could be forgiven for thinking that Chicago’s cuisine revolves around deep dish pizza and quirky hot dogs. Despite the fact that I prefer my pizzas thin crust and Italian-style, my experiences of Chicago are still inextricably linked to food – and it’s all thanks to an up-and-coming local chef.

Betsy Grzywa is a trained pastry chef whose culinary expertise extends far beyond the intricacies of sweet treats, and through her I’ve been introduced on numerous occasions to the innovative (and surprisingly affordable) Chicago food scene. In a city where real estate is much less expensive than its counterparts in New York and San Francisco, and where chefs are accumulating awards faster than you can keep count, it’s hardly a surprise that culinary creativity is flourishing.

I’ve never again fitted into the skinny jeans I wore when I first visited Betsy in Chicago back in 2012, but in all honesty it’s more than worth it for the journey my taste buds are taken on.  In the past we’ve feasted at Big Star, indulged in high-end sparkling cider and ice cream at Mindy’s Hot Chocolate, and snacked on a sampling of appetizers at Red Door.  But this summer’s long weekend of eating might just beat them all.

Our suitcases had barely touched the floor before my husband and I were whisked out the door and down the street to Wasabi. The Bucktown restaurant serves a selection of Japanese dishes, but the one we were being introduced to was ramen.

Ramen has never been one of my favourite Asian dishes: I’ve always found it a bit flat and flavourless, so it was my husband, more than I, who was excited about our initial evening meal.  Well, I soon found myself eating my words, as well as each piece of tender pork belly, all the vegetables, every noodle, and slurping up every last drop of the broth. It’s safe to say that Wasabi single-handedly revolutionised my view of ramen. 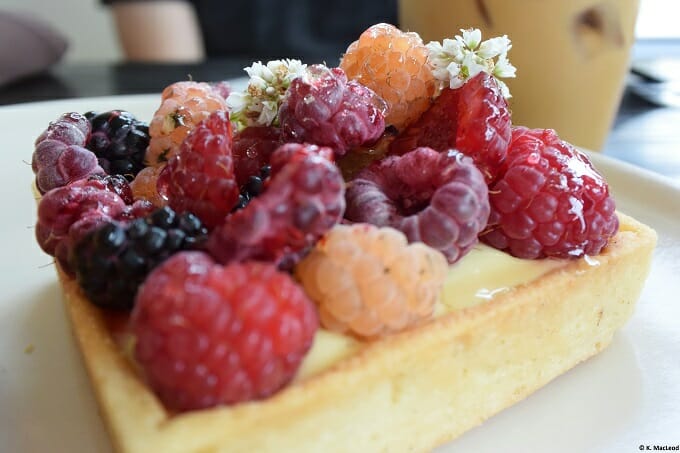 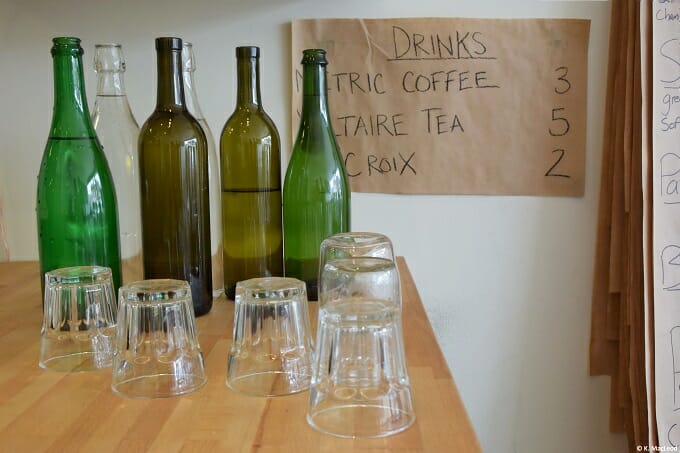 The next morning we started early at Cellar Door Provisions in the Logan Square neighbourhood, and did things the wrong (right?) way round by indulging in dessert first:  a light-as-air, moist madeleine; a crispy chocolate croissant; and a sweet, creamy raspberry tart, all accompanied by freshly brewed coffee from Chicago-based Metric Coffee Roasters.

This local focus is part of Cellar Door’s central ethos, a stringent adherence to the ‘farm to table’ policy.  Every ingredient at this corner restaurant, with its bustling open kitchen, must come from Chicago or the surrounding areas.  You’ll rarely find lemon in any recipes, for example – just where would you find a locally grown lemon in northern Illinois?

The result is that the dishes are unbelievably fresh, and full of interesting textures and flavours.  At Cellar Door, even something as simple as bread and butter is incredible.  It probably helps that it’s all handmade, with large chunks of sea salt glittering on top of a hearty dollop of hand churned butter, which I gleefully slathered across the bread.  While I was obsessing over the carbs, my husband and brother-in-law were tucking into a plate of pork belly, and all three of us took turns in tasting the potato quiche.

Dinner that night was pizza – but not the pizza Chicago is known for.   Spacca Napoli, situated in the Ravenswood neighbourhood, supplies Chicagoans with true Neapolitan-style pizzas: light and crusty, with fresh mozzarella, a light layer of tomato sauce and whatever traditional toppings are on the menu that night.  Mine was a ‘white pie’ – no sauce – with fresh mozzarella and castelvetrano olives, which have a smoother, more buttery taste than your regular olives from the supermarket. 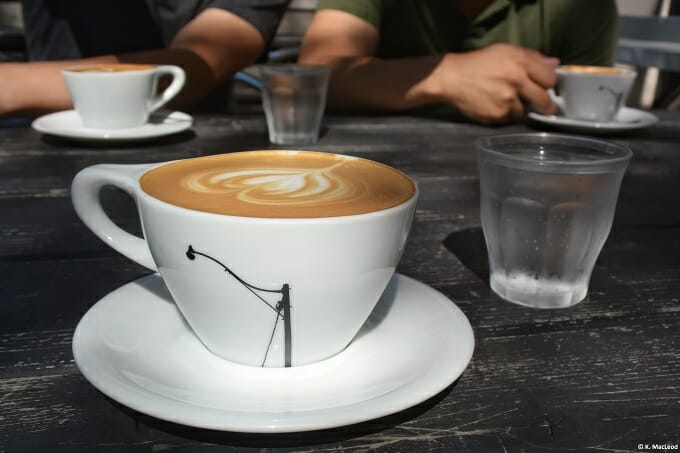 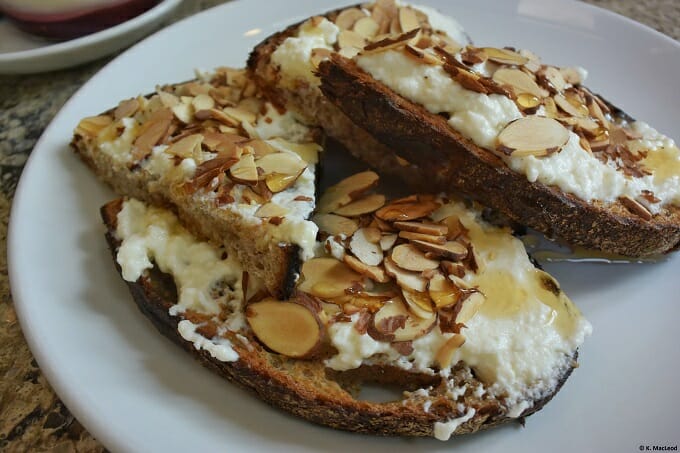 My only stipulation for our weekend itinerary was that it included a coffee shop, and Betsy delivered in style. Sunday morning began the way every Sunday should – with a smooth, creamy latte.  Caffe Streets is located in Wicker Park, and the interior design is every bit as on point as its coffee beans; giant street lamps dominate the space behind the counter, and quirky woodwork can be found with a glance up at the ceiling.

Floriole, the award-winning bakery in Lincoln Park which opened in 2010 after five years as a farmer’s market favourite, is where Betsy first started out after her pastry school training, so naturally we needed to pay it a visit after our caffeinated wake-up call.  There were crispy cheese and ham croissants, a peanut butter and jelly cookie, avocado on seeded toast with a helping of radishes, and the gateau basque, the moist almond butter cake which Floriole is famous for.

With my notorious sweet tooth, I was expecting to favour the pastries, but what I really couldn’t get enough of was the ricotta cheese on sourdough toast, with a drizzle of honey and crisp pistachios sprinkled on top. I also managed to sneak upstairs briefly for a peek at their rooftop garden, where the edible flower that garnished my avocado toast was grown. Talk about local! 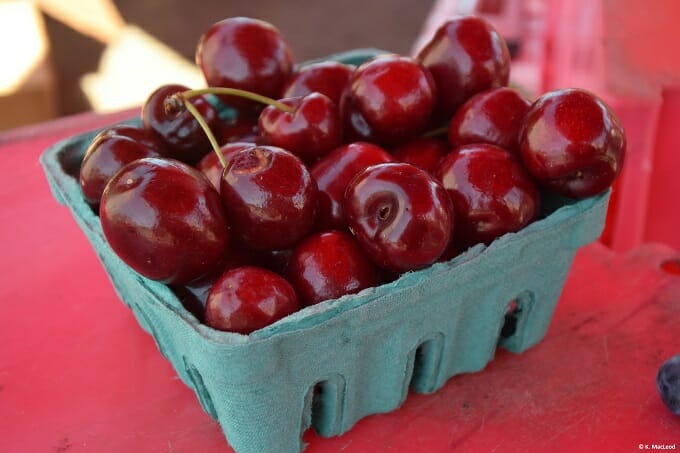 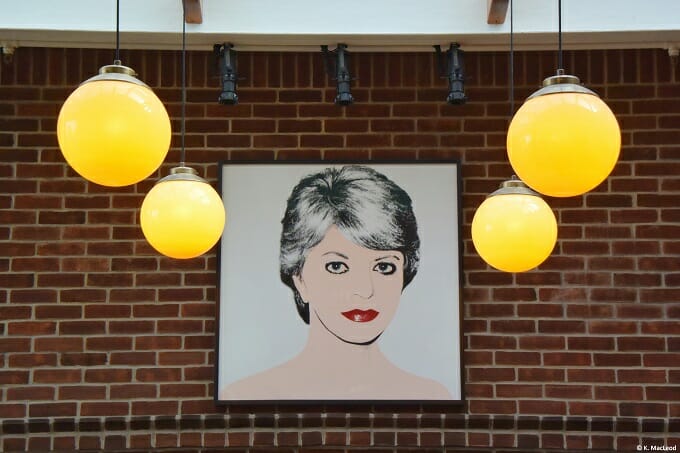 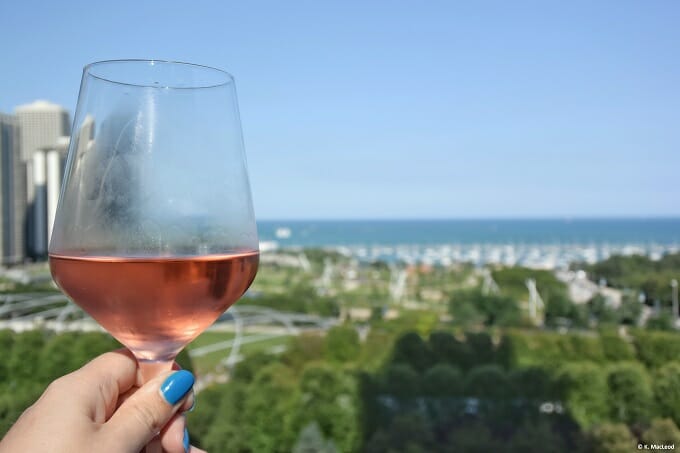 Frankly, the entire weekend was a blur of fabulous food.  We spent an hour strolling through the Logan Square Farmer’s Market, a colourful feast for the eyes (and the stomach).  We had ice cream at Jeni’s Splendid Ice Creams, where I felt like a five-year-old as the hot butterscotch sauce dripped down the fresh waffle cone and all over my fingers.

We indulged in a rather large brunch at The Bristol (I went all-American, and had fried chicken and waffles at 11am. Yes, really.).  We spent a leisurely afternoon at Cindy’s, the rooftop bar of the newly opened Chicago Athletic Association Hotel, where the food is matched only by the views over Millennium Park and Lake Michigan.

But despite it all, the standout meal of our stay wasn’t from a cafe, a restaurant, or a bar, but from Betsy’s own kitchen. We enjoyed our meal alfresco on the balcony, with chilled rose wine, the spires of the Willis Tower twinkling in the distance, and plenty of belly laughs and good conversation.

The homemade menu began with stuffed zucchini flowers, fresh from the aforementioned farmer’s market.  As an islander brought up on the Scottish staples of quality meat, potatoes, and fresh sturdy vegetables, I was sceptical: Betsy and my brother-in-law were feeding us flowers? I was soon shown the error of my ways, and I had to reign myself in from eating more than my fair share. Stuffed with mozzarella and anchovies, then dipped in batter and fried, the zucchini flowers were incredible. 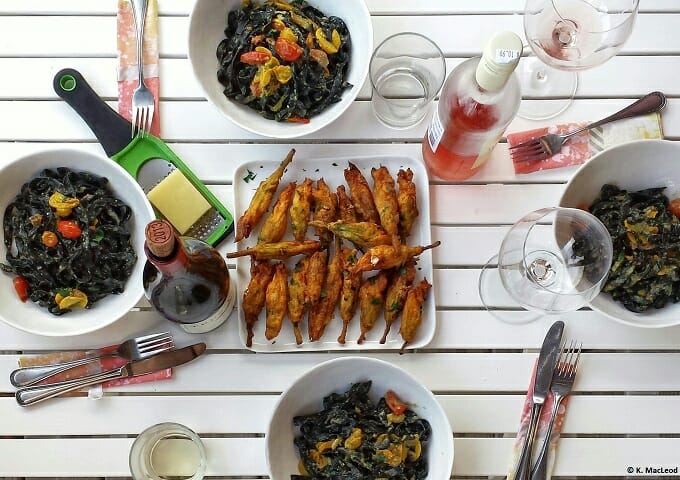 Bowls of fresh pasta followed, something of a speciality for a chef who’s half Italian.  I watched as Betsy made the pasta dough from scratch at the kitchen island, infusing it with squid ink and then stretching it out again and again to achieve the perfect finish.

The fettuccine was put aside while the rest of the ingredients were prepared: spicy n’duja, an Italian sausage, mixed with the tomatoes and squash picked fresh from the farmer’s market.  It wasn’t just the best meal of the trip – it was easily one of the best meals I’ve had in a long time (and this is coming from someone who used to hate pasta with a passion).

While I can’t guarantee you a table at Betsy’s kitchen (yet – watch this space), I can guarantee you that the food at each and every stop she introduced me to will be worth your time.  Get out there and discover Chicago’s food scene.  Trust me, your taste buds will thank you, even if your waistline won’t!

Have you ever been to Chicago? Do you like to try new foods while on holiday? What’s the most interesting food you’ve discovered on your travels?

To keep up with Betsy’s culinary adventures in Chicago restaurants and beyond, make sure you follow her on Instagram!

« Meet Traveller Collective: Memories That Make A Difference
10 of the Best Places to See the New York City Skyline »