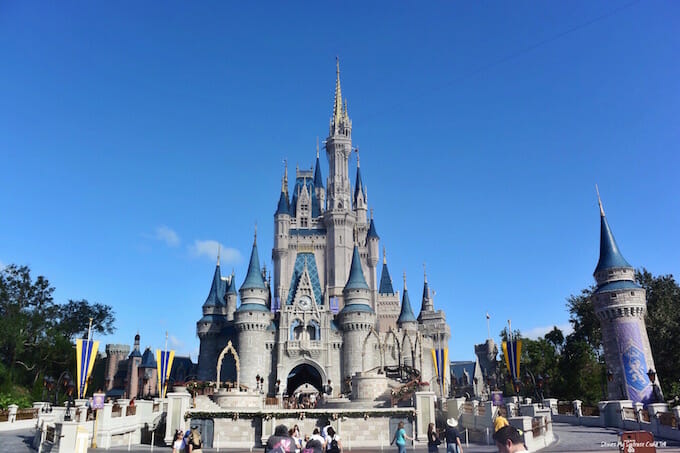 Walt Disney World is marketed as “the happiest place on Earth.”

While I can’t say if that superlative is true or not, what I can say is that during my time in Walt Disney World, Florida, I smiled so much that my cheeks hurt.

Visiting Disney World had been a dream of mine for years, since I first became obsessed with Disney films as a toddler. I was about four years old when I first discovered that Disney World existed, thanks to the advert for the Florida theme park that played at the end of my VHS tape of The Little Mermaid. I can distinctly remember fast-forwarding through the credits to get to it, then sitting on the living room floor, staring in awe at the screen, at this place on the other side of the world where my beloved Disney films came to life.

Fast forward 25 years, and my dream was about to come true.

In reality, my dream of visiting Walt Disney World in Florida had worn off somewhat (as you might expect when approaching 30). So when I found out that Mr. Stories My Suitcase Could Tell was going there on a work trip for four days – and that I was invited – I was looking forward to it, but wasn’t expecting too much. I was busy with work and deadlines in the weeks leading up to our departure, and hadn’t really done any research on what awaited me.

But the magic began as soon as we entered our hotel, Disney’s Grand Floridian Resort and Spa, and my inner four-year-old, obsessed with all things Disney, was in her element. Located just across the lake from the Magic Kingdom, the Victorian-style hotel was impressive, catering to adults looking for relaxation – think multiple pools, fine dining, and a jazz band playing in the elegant lobby – as well as children (and big kids like me) looking for all things Disney. 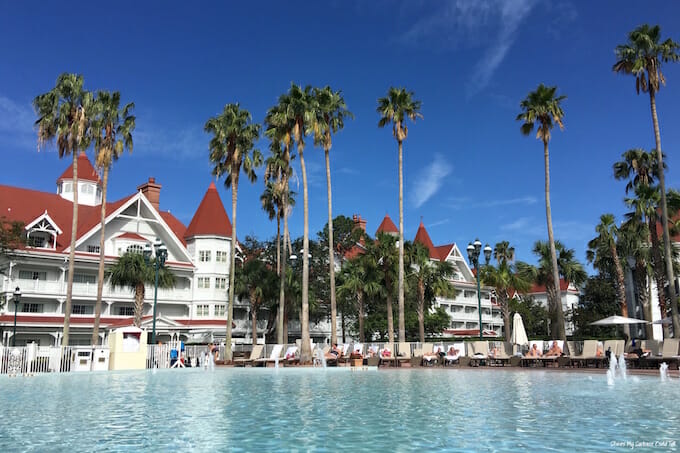 Mickey Mouse, Minnie Mouse, and Donald Duck were there to greet us as we arrived (well, they were there to greet the children, but as a Disney newbie with my “First Visit” badge proudly displayed, I joined the queue to have my photos taken with the characters too). This meant I was already buzzing with excitement by the time we entered our room, where the excitement turned up another notch thanks to the classic Disney songs playing from the TV, the Beauty and the Beast-esque décor, and the fact that if you leaned over our balcony, you could see Cinderella’s castle across the lake.

This was going to be even better than four-year-old me could have imagined!

I soon learned that Disney are experts at immersive world building. At more than 27,000 acres, Walt Disney World in Florida – which opened in 1965 – is twice the size of Manhattan, and each of the four parks has been created with unbelievable attention to detail.

I saw it in World Fair-themed Epcot, where I was initially sceptical of the British area after seeing a Tudor-style building with the word “Shoppe” above the doorway; yet I was soon drawn in to a space where shelves were filled with Cadbury chocolates and Twinings tea, and fellow Brits worked behind the counter. It was a similar story at every pavilion, from China to Mexico – the construction of the Moroccan one was even overseen by architects sent by the King of Morocco.

In Animal Kingdom, the iconic 145ft ‘Tree of Life’ could have jumped straight from a scene in The Lion King, and features more than 300 animal carvings. The Asia section has a 200ft mountain ride called Everest, and there were tiny details in the “port town” of Harambe that reminded me of the market in Mombasa. 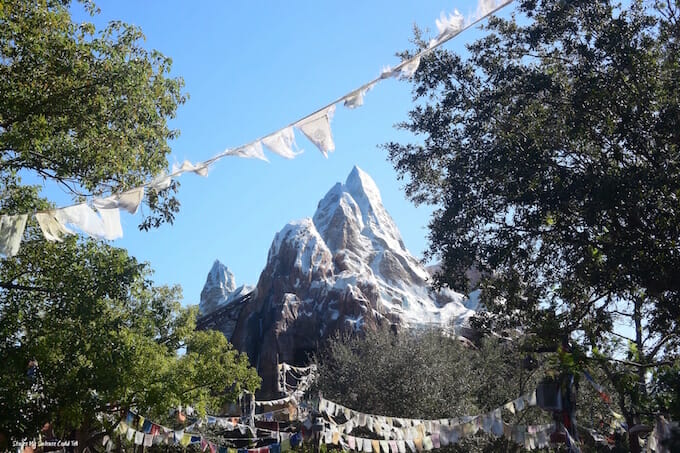 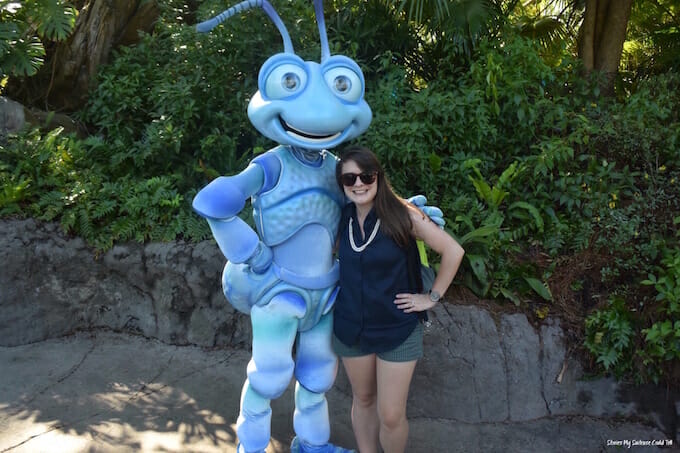 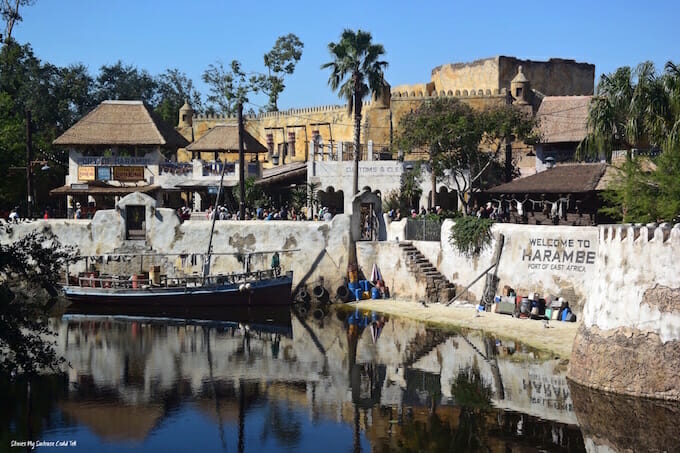 Pandora, one of the newest areas in Animal Kingdom, is so well designed that it plays havoc with your sense of reality. Our group was one of the first to have exclusive access to Pandora, and at a night, it really does feel like another planet. There was no-one else around, eerie sounds travelled through the trees, and fluorescent plants swayed in the shadow of the waterfalls that flowed from seemingly free-floating mountains.

With no queues for the rides, we were free to go on them again, and again, and again – which of course, we did. The 3D simulator ride Flight of Passage is so realistic it’s intoxicating; riding it genuinely feels as if you’re flying over the most beautiful place on Earth.

And then of course, there was the heart of it all: Disney’s Magic Kingdom, the place I had been waiting a lifetime to visit.

The Magic Kingdom lived up to all my expectations and then some. While it doesn’t have the thrill-seeking rides you can find in other parks, everything there is “classic” Disney, and that was enough for me.

With my Minnie Mouse ears firmly planted on my head, I soaked it all up as if I was a child again. I marvelled at Cinderella’s Castle, sang along with the music on the Little Mermaid ride, ate lunch at the Pinocchio Village, danced to the beat of the live lunchtime show, got dizzy on the Alice in Wonderland teacups, and posed in front of the statue of Gaston in the Beauty and the Beast Village. 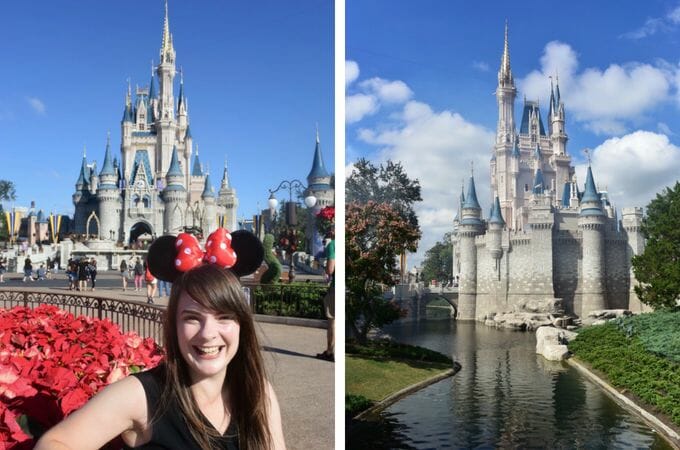 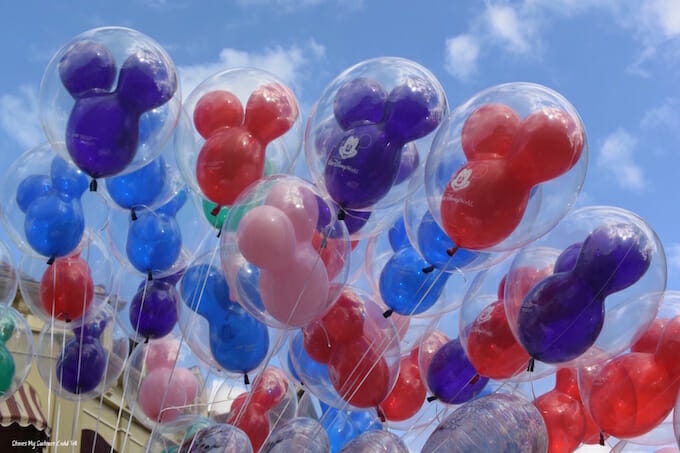 When we returned at night – an hour before the park was due to close – it was even more magical. With the castle sparkling, and the crowds gone, we rushed to squeeze in every last minute of Disney magic we could, riding the carousel in the shadow of the glittering castle, and catching the last departure of the Seven Dwarfs Mine Train. As we made our way to the exit on Main Street, though, we were in for one last surprise: Disney’s Kiss Goodnight.

Half hour after the park has officially closed, the last remaining visitors receive a special farewell. As the castle glitters and glows, ‘When You Wish Upon A Star’ begins to play, and a quote from the original dedication to the park is played out over the loudspeakers.

“Walt Disney said that the Magic Kingdom is a world of imagination, hopes, and dreams,” says the voice. “In this timeless land of enchantment, magic and make believe are reborn, and fairy tales come true. The Magic Kingdom is a place for the young and the young at heart. A special place where when you wish upon a star, your dreams can come true.” It may just be a way for Disney to tell its visitors to go home, but after a few days of Disney immersion, it honestly felt a little bit magical. 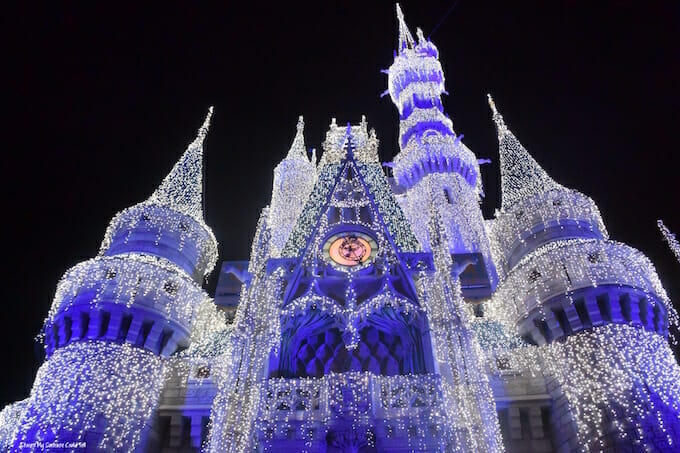 As a group, we’d enjoyed private access to Pandora and Hollywood Studios, and had front-row seats to the light shows at Epcot and Animal Kingdom. In between all the excitement I had even managed to squeeze in a few hours of relaxation at one of the Grand Floridian’s many pools. The icing on the cake came as we ate breakfast on our final morning, when the Disney Princesses came to greet us before we left. (Mr. Stories My Suitcase Could Tell says he’s never seen me wake up so fast without coffee!)

My Disney experience reminded me that as children we embrace what we love with abandon, and enjoy ourselves unashamedly.

As adults, though, the notion of what we “should” do often holds us back from showing our true strength of feeling. For me at least, visiting Walt Disney World as an adult brought back that feeling of boundless childhood enthusiasm. At Disney, I fully embraced my inner four-year-old and love of all things Disney, and in the end, had one of the best holidays of my life. I still can’t say for certain if it’s one of the happiest places on Earth, but I’m pretty sure I was one of the happiest people there! 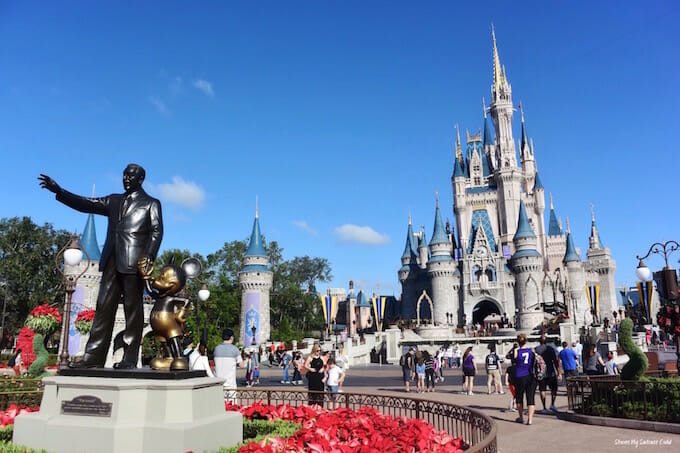 Have you ever visited Walt Disney World in Florida, or would you like to? Have you ever rediscovered a place you loved (or dreamt of) as a child?