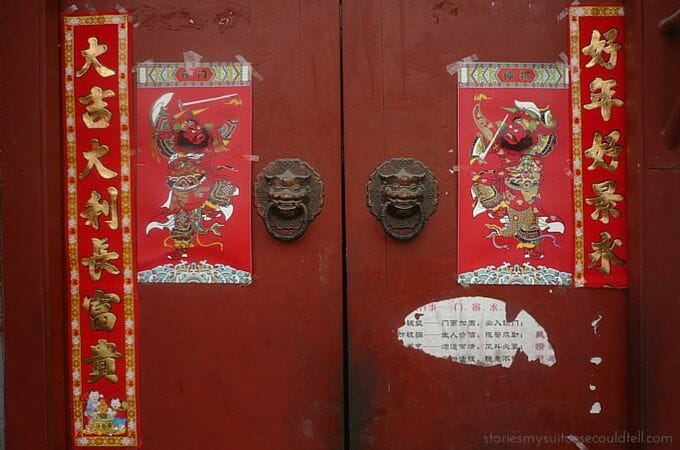 As I mentioned a few months ago, I’m quite the nostalgic traveller.  It has been just over a year since I left China, and my mind has been returning to memories of the Middle Kingdom.  In between last year’s finalities of packing, partying on the Great Wall, planning lessons and downing dumplings, I wrote this.  Here’s my Chinese suitcase story…

China. Zhongguo. The People’s Republic. The Middle Kingdom. The Motherland.

Whatever name you want to give this sprawling entity that spans thousands of years, millions of miles and one billion people – to me, for the past ten months, it’s been home. China is everything you think it will be – the chopsticks, the Chinese characters, the temples and red paper lanterns – but it is also so much more than its stereotypes.

Last August I boarded a plane destined for Beijing carrying overweight baggage and plenty of preconceptions.  Possibly the biggest surprise for me on arrival was the relative freedom allowed (at least on the surface) in everyday life. China’s rise and domestic authoritarianism is constantly making headlines in the West; I expected no news, patchy communications and limited email access.

Aside from news blackouts at times of high international interest – conflict between the Koreas, the Nobel Peace Prize, the Arab Spring – information has not been hard to come by, at least as a foreigner.  As sad as it sounds, while you are infinitely more aware of what you say, when you say it, and who you say it to, one could easily go through life in China without worrying or caring about government activity. 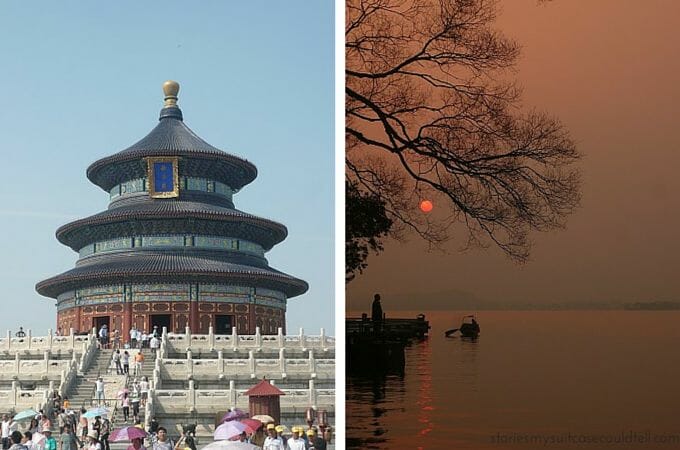 Politics, however, played only a small background part in this somewhat schizophrenic cultural experience.  I had come to China to teach English, full of ideas on how to engage Confucius-come-Communist classrooms in speaking, learning and liking English.

My naivety may have taken a blow in the face of 500 teenagers born of the one-child policy (read: plenty examples of the spoilt ‘little emperor’ syndrome) but when you’re thrown in at the deep end into a career and country completely alien to you, you learn to cope.

You grow fond of the characters in each class: the ones who listen and the ones who don’t; the cool kids and the geeks.  They have the same obsessions as kids everywhere: movies, music and computer games, with a particular penchant for Lady GaGa and Justin Bieber.

My year of teaching provided me with a window onto the culture and customs of China that studying or travelling never could have.

I saw patriotism verging on nationalism; a no-questioning attitude to almost everything; fierce loyalty between friends; and no barriers regarding privacy.  “Teacher, are you married? Teacher, how old are you?  Teacher, how much do you earn?”

I didn’t tell them, but my teacher’s salary put me far below them and the iPads some of them used when they thought I wasn’t looking.  This did not create barriers to my year in China; in a way it opened them.

My friends and I were forced to search out eateries and experiences regular tourists or expats might never discover.  From delicious hole-in-the-wall lunches for thirty pence to horrible 20 hour hard-seat train journeys for less than £20, we lived day-to-day life in China like the locals. 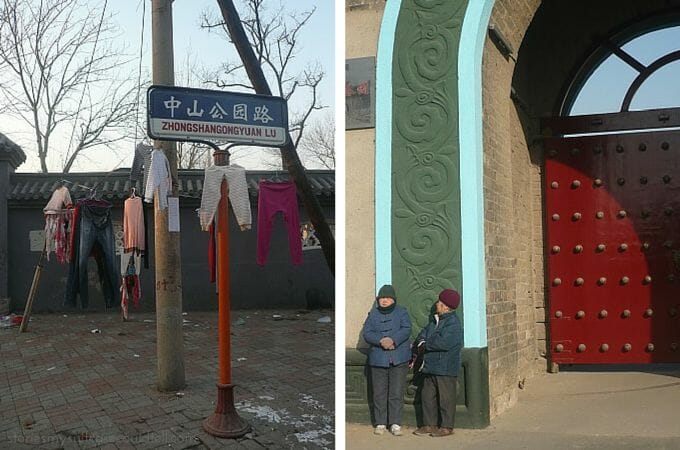 From the Terracotta Warriors to the Great Wall of China, there are plenty of sights to see, but it is everyday life that makes the experience.  Ten months on I can bargain in the markets with the best of them and empty a bowl of rice with chopsticks in no time (they no longer feel like unwieldy pieces of wood).  I have even become an expert at queue-jumping, a necessary skill for survival here.

All this has taken place in Tianjin – my home for the year, along with 12 million others.

Tianjin is a sprawling city of copycat Communist high rises, without the history of Beijing or the glamour of Shanghai.  It might not be top of the tourist’s list, but precisely because of this Tianjin seems to me to be a more authentic everyday Chinese experience. Spitting on the streets, staring, competitive chess games by the side of the road, fan-dancing outside the local supermarket in the smoggy evenings, mystical looking exercises in those precious few green areas: this is the Tianjin I see each day.

Aside from local life, the most striking impression here is one of a city that’s growing fast.

It’s not surprising that CNN recently featured a programme on Tianjin as one of the world’s “future cities.” Construction is a staple sight not only in Tianjin but wherever you go in China, where you see cranes slicing into the skyline every few blocks.  In every sense of the word, China is rising, but it still retains touches of its past.  It is this sense of “old versus new”, perhaps one of my favourite contradictions in a country full of them, that makes China such an interesting place to be.

You might see a Gucci store around the corner from the Chinese equivalent of a pound shop, or two elderly friends taking an evening walk in their pyjamas and slippers in the centre of the city.  I can travel on the fastest train in the world to Beijing in the morning, and hold on for dear life in a tuk-tuk tin taxi in the afternoon.  No matter where I went in China – the quiet classic lakes of Hangzhou or the buzzing streets of Hong Kong – these contrasts were present, adding to the country’s character just that little bit more.

China is immense, both in landscape and life.

Words simply cannot do justice to the assault on the senses, good and bad, that comes from living here.  I’m not sure I will miss life in China; but I do think I will always have an attachment to what the old guard call the ‘motherland.’

« Food, Glorious Food: Eating in NYC
Back In The New York Groove »