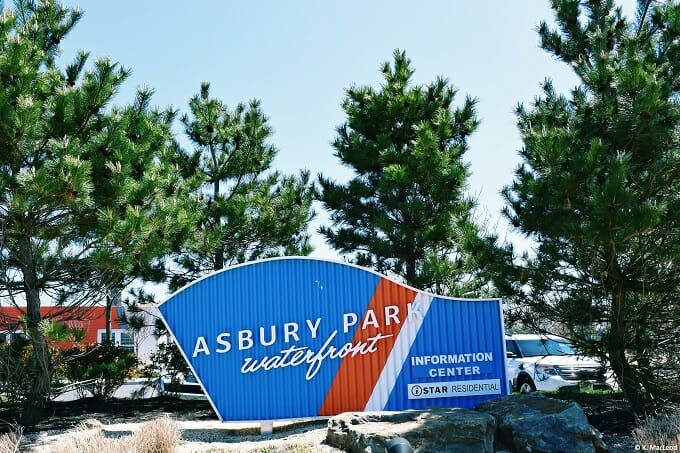 As an islander, it’s perhaps unsurprising that I love the sea.

I grew up on Lewis, that lovely rock in the Outer Hebrides, and studied in St Andrews, a small Scottish seaside town. I love being by the sea when it’s calm, smooth as ice on a summer’s night; I love watching the sea when it’s wild, roaring over sea roads in winter; and I love it when the air is damp and the scent of sea salt carries far and wide.

By the time early May rolled around, I hadn’t seen the sea since I left Scotland five months before (and no, the polluted New York harbour does not count). So one Saturday morning, without any planning – not even a beach towel! – my husband and I bundled into the car and headed in the direction of the Jersey Shore to reunite with the sea.

Now, the Jersey Shore has something of a reputation here in America: the words ‘tacky’ and ‘wild’ spring to mind, thanks to the popular MTV show ‘Jersey Shore’, which followed the hedonistic antics of a group of friends in Seaside Heights. Locals are fiercely proud of what they refer to simply as ‘the Shore’, and the rest of the country are sceptical. As a result, I wasn’t quite sure what to expect – although given my experiences of travel stereotypes, I had a hunch the Shore was going to be much better than these views suggested.

On arrival in Asbury Park, I realised I had forgotten something crucial about coastal living: it’s always colder by the sea than it is inland, thanks to that refreshing sea breeze.

So while New York was basking in 20 degree temperatures, we were shivering slightly on the boardwalk. But no matter – we were by the sea!

We didn’t set off for the shore immediately, but parked on the up-and-coming Cookman Avenue in downtown Asbury Park and set out to explore the shops and restaurants. Our first stop was for coffee, of course, and Cafe Volan, a block away on Bangs Avenue, did not disappoint. Iced lattes in mason jars and copies of National Geographic to peruse? The bookworm and caffeine addict in me were catered to in one go. 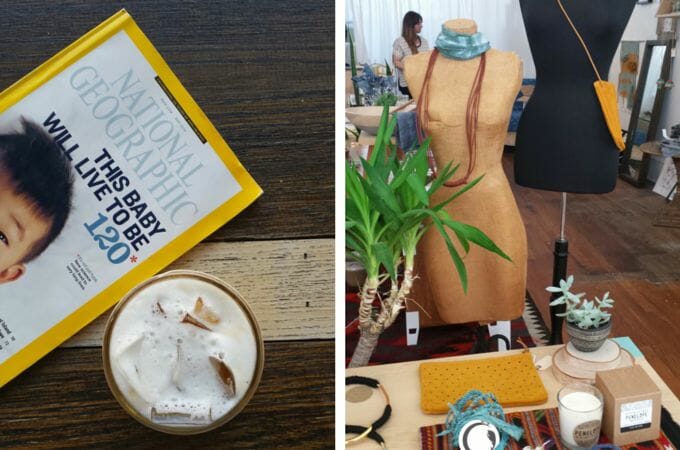 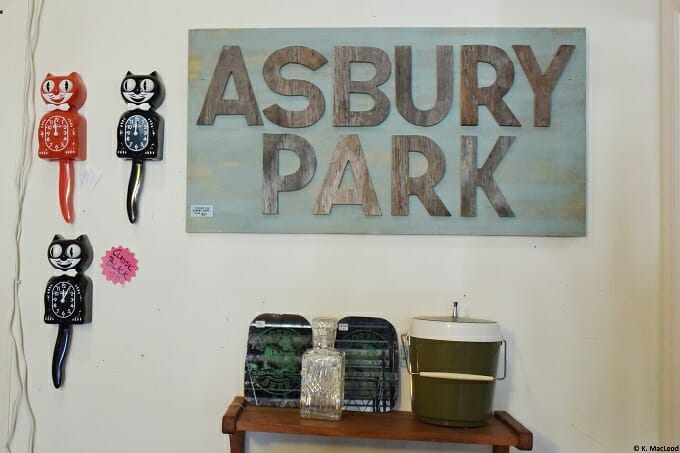 All the outposts had a distinctly unique feel.

Take the Red Moon boutique, filled with gorgeous handmade jewellery and quirky home accessories; or the Antique Emporium, which had absolutely everything you could possibly imagine cluttered on its shelves: jewellery, furniture, art – even taxidermied animals. Another vintage store brought back childhood memories (remember the children’s View Master camera?) and landed us a new item for our apartment – a globe dating back to the 1970s.

After a quick lunch in Toast, a popular brunch spot, we finally saw what I had been waiting for – the sea. Hurrying off the boardwalk – what we Brits would call the promenade –  I took off my socks and shoes, dug my toes into the sand, and got as close to the waves as I could (Asbury Park, it turns out, is a hot spot for surfers). I was giddy with excitement, delighting in the sight, sound, and smell of the ocean. (And don’t tell anyone, but I may have even ‘waved’ across the Atlantic to the Isle of Lewis…). 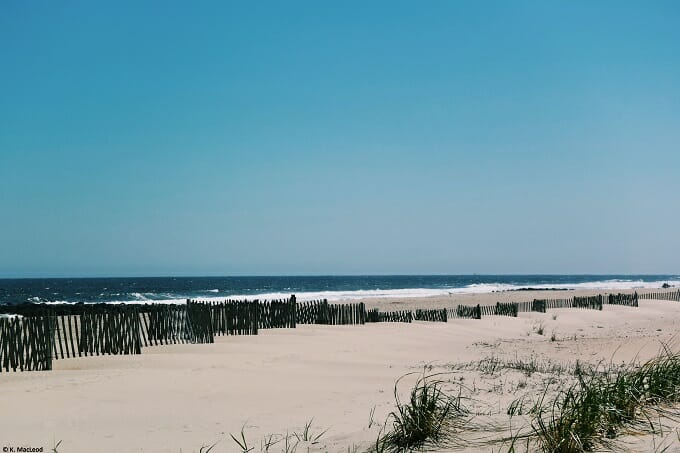 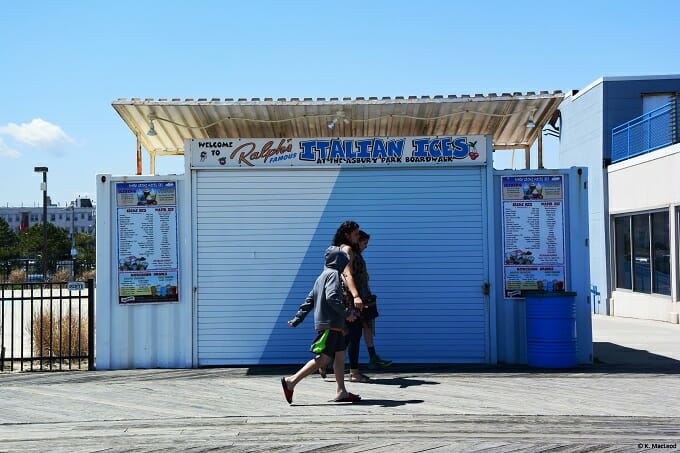 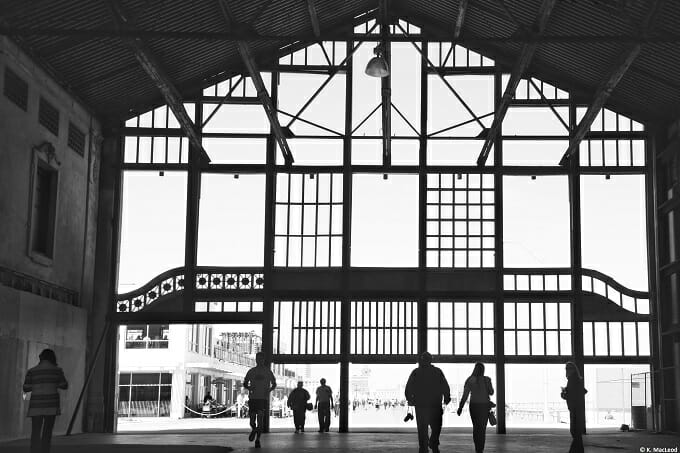 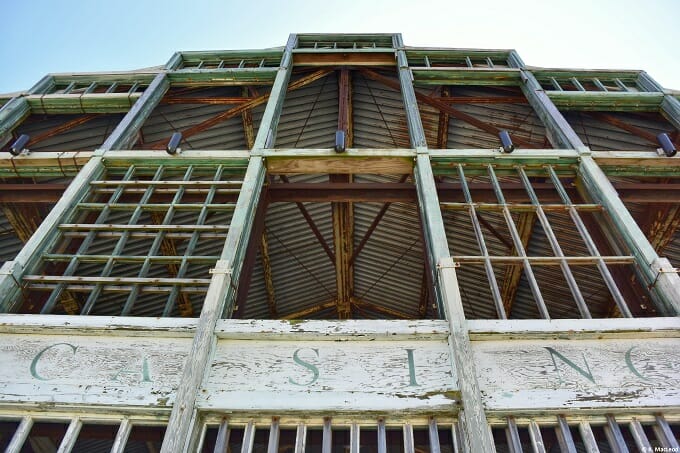 The town is perhaps best known for being a ‘launching pad’ for the music careers of the likes of Bruce Springsteen and Bon Jovi, and is still home to a thriving music scene.

It was also one of the towns badly damaged by Hurricane Sandy in 2012, and while the boardwalk has been completely renovated, the signs of the storm are still there; one large building is still a shell, now acting as a covered walkway between the dividing line of Asbury Park and Ocean Grove.

Asbury Park struck me as young and cool, with Ocean Grove a more classic cousin – think Victorian-era homes and beach houses, lanes lined with cherry blossoms, and quaint churches on street corners. The difference in atmosphere between the two was quite striking; it seemed we were the youngest people in Ocean Grove by about 25 years.

We spent a pleasant half an hour wandering around the streets of Ocean Grove, and satisfied my always-sweet tooth with a stop at Nagle’s, a retro ice cream cafe with a line creeping around the corner. As an expat, it’s often the little things that make you stop and take notice: in this case, the star spangled banner wrapping on my very delicious ice cream.

It was a fitting all-American end to my first day ‘at the Shore.’

As the weather continues to warm up in the coming months, you can bet I’ll be satisfying those island-born cravings for the sea on the New Jersey coastline. 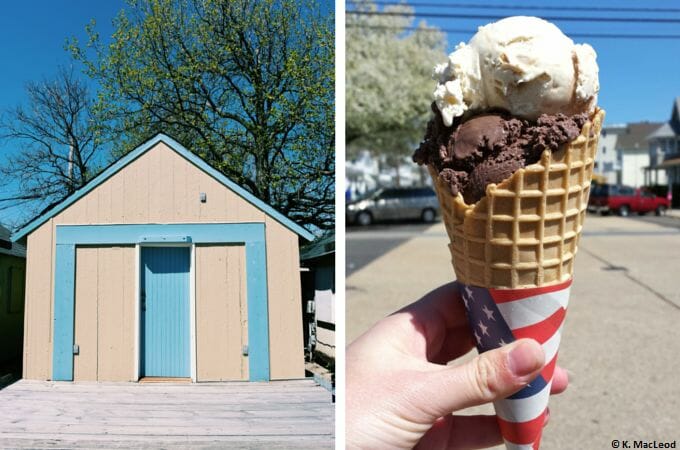 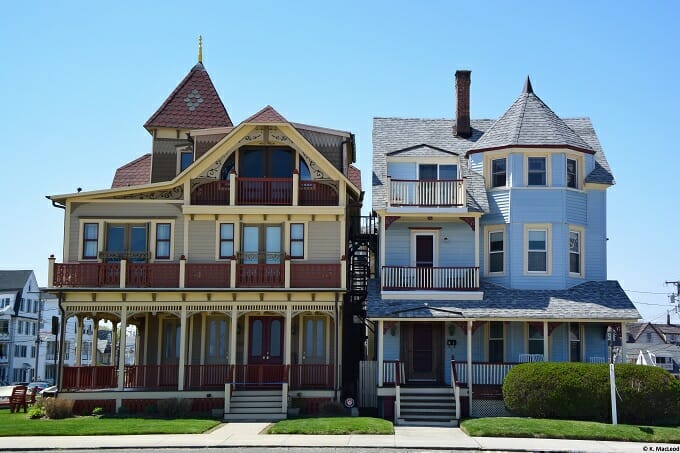 Have you ever been to Asbury Park, or would you like to visit? Is there somewhere you’re always drawn to, like I am to the sea?

« In My Father’s Words: Gaelic on Stage in NYC
Memorial Day Weekend in Washington, DC »