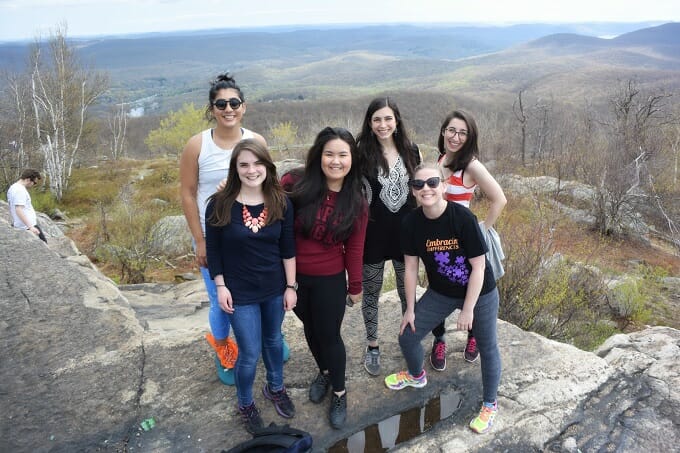 What happens when you decide to hike up a mountain with five strangers?

It was early morning in Grand Central Terminal, and I was about to find out.  Five other women and I had signed up for a day trip to Beacon through an online group called Travelistas United, and we were scheduled to meet below the station’s famous clock at 8.20am, sharp.

Somehow, the six of us found each other just in time, making quick introductions and shaking hands before hurrying towards the platform.  There was something almost romantic about catching a train at Grand Central, especially in a country where train travel is not the norm.

The Metro North train was old-fashioned, in a classic sort of way; the driver blew the train’s horn urgently before it departed each station, and the conductor wore a hat, punching each paper ticket in an official manner as he passed through the carriages.

Some of us slept, while the rest of us slowly became acquainted as the wide Hudson River slipped by outside the window.  Even the mere sight of blue skies and green trees from the train was enough to get us excited about escaping the city for a few hours. 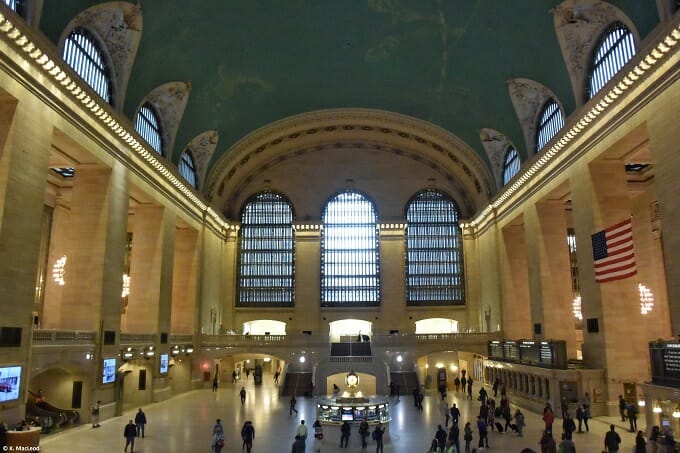 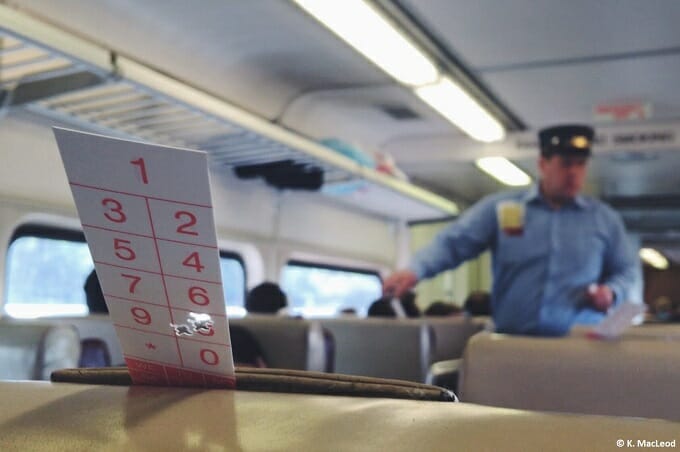 Beacon, a small, artsy town in the Hudson Valley, seemed like the perfect spot for a day out: good food, outdoor trails, and plenty of quirky shops and galleries to browse through.

But for us, the first plan of action was food – if you’re planning on scaling a mountain, then you need some energy.

Sierra, who had organised the trip, led us to Homespun Foods on Beacon’s Main Street, a small street that to me looked strikingly all-American with its flat-topped, red brick buildings.  We learned over an alfresco brunch that we were a pretty international bunch, hailing from around the world (Dubai, Malaysia, Scotland), and across the US (Georgia, Nebraska, and California).

By midday, we were grouped at the trail head at the base of Mt. Beacon.  I’ll be honest: I don’t really exercise. Needless to say, climbing 1561 feet was quite a challenge, especially for the first hour, where the path was rocky and steep, and swarms of flies followed us up the slope. (Unlike me, the children tackling the climb seemed completely fine.)

We stopped when we reached the first overlook, which in the early 20th century was the end-point of the world’s steepest funicular railway. It was destroyed by a fire in the 1980s, and its engine room ruins are now used as fodder for photographers (and bloggers!) and climbing frames for kids. 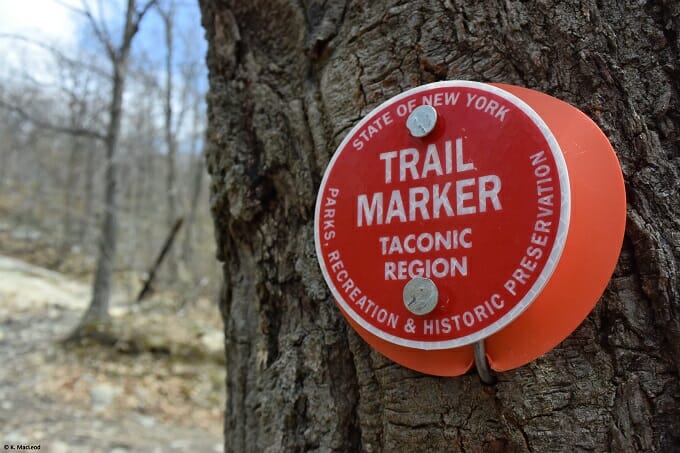 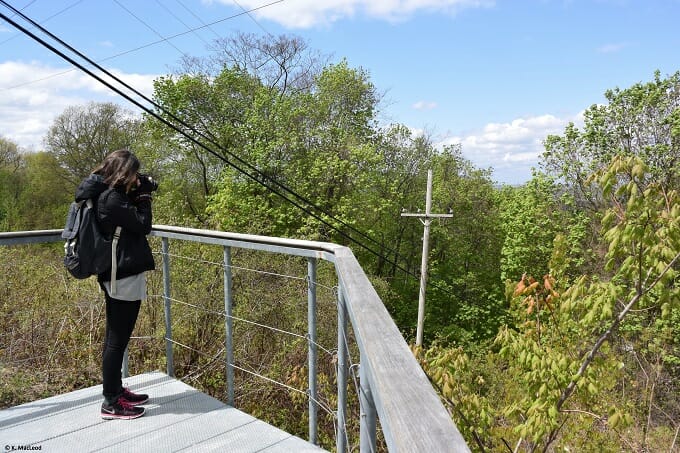 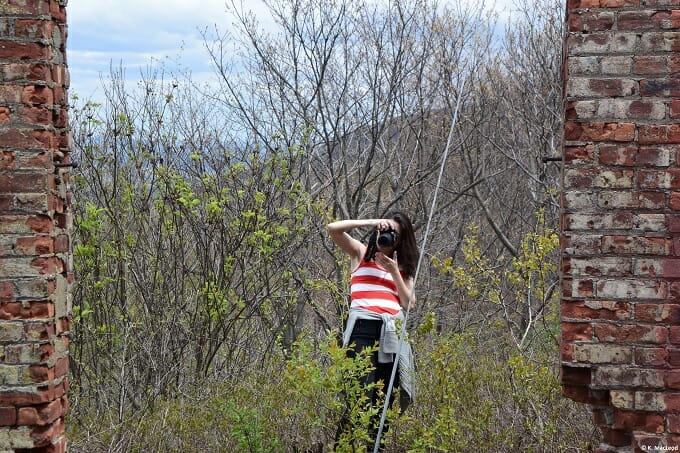 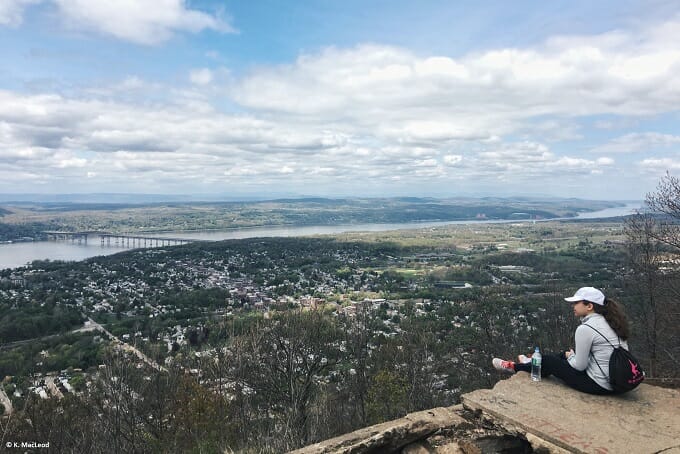 If we had been close friends, we might have been tempted to persuade each other to stop at that first rest point.

But we were new acquaintances, and so – encouraging each other and laughing along the way – we continued up to the top of Mt. Beacon and the base of the metal fire tower.

It’s no longer a fire tower, of course, but a monument commemorating a signal fire ‘beacon’ that warned of British movements during the Revolutionary War. (I wonder what the Beaconites of the past would have made of a Brit tackling their mountain?)

I’m sure the panoramas of the Hudson River and Catskill Mountains would have been even better from the top of the tower, but by that point my legs weren’t quite up to the task. 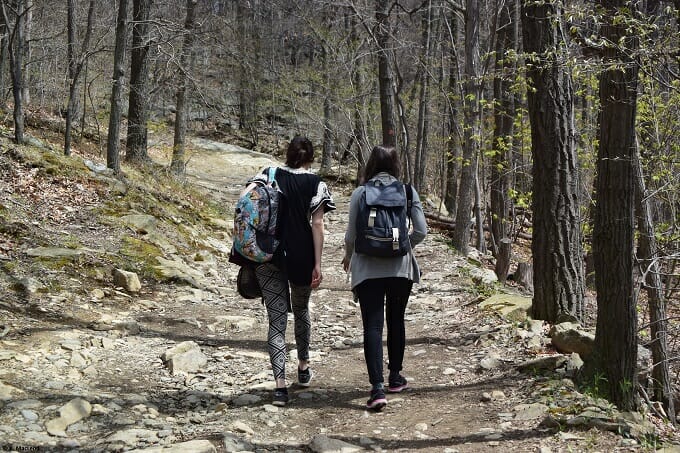 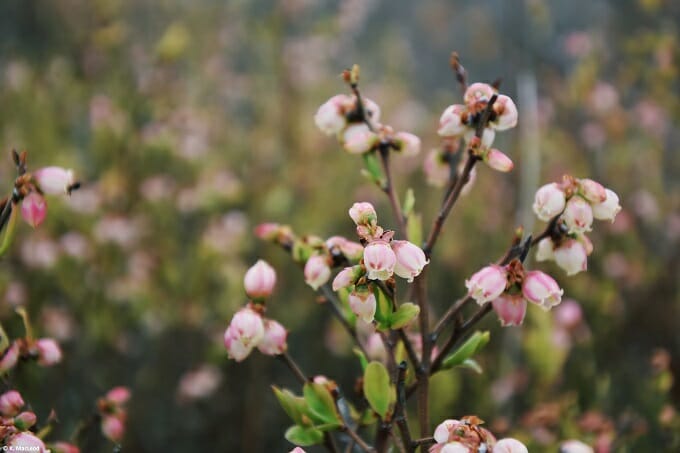 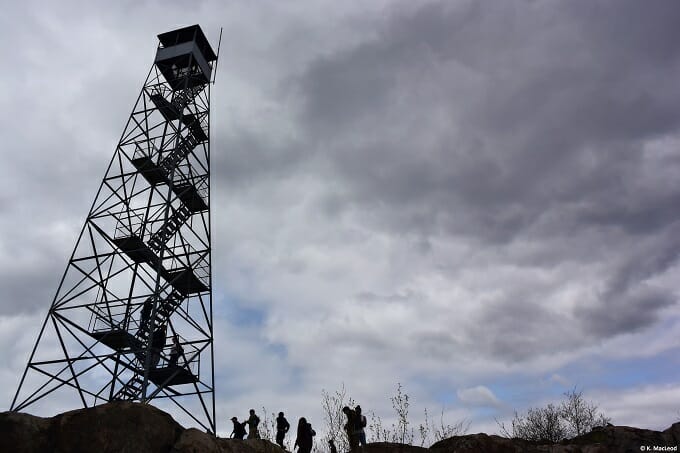 After our adventure, all of us were feeling accomplished, and more than ready for the next item on our itinerary: wine and cheese tasting at Beacon Pantry.

The owner, Stacey Penton, opened Beacon Pantry two years ago after leaving her job in finance, and her enthusiasm for gourmet food – and specifically gourmet cheese – is very clear.

Stacey wasn’t just knowledgeable about the cheese and the wine, but about the histories and stories behind them too.  It was fascinating, and I was expecting to learn that I liked some cheeses more than others (I love a sharp cheddar, for example, yet I never want to see a piece of stinky St Nectaire again).  What I wasn’t expecting was to pick up cultural tid-bits alongside the cheese samples.

We learned that cheddar is not just a cheese, but a process too.  We discovered that brie and other ‘bloomy rind’ cheeses are so-called because as they’re aged, the rind ‘blooms’ up in the cheese caves, and has to be patted back down by the staff watching over it.

We found out that there is a difference between traditional mozzarella made from water buffalo milk, and the type you find in the US, which is actually ‘flior di latte’, and made from cow’s milk.  (I’ll never look at mozzarella in the same way again, now that I know Italians started making the cow’s milk version at the end of World War II, because the German army had been killing the water buffalo as they retreated.) 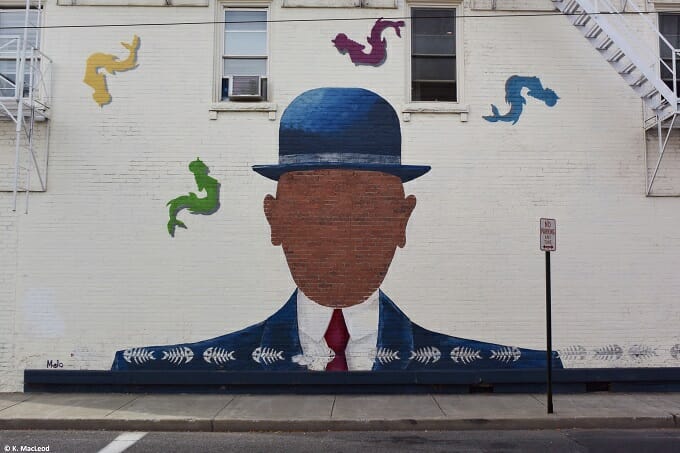 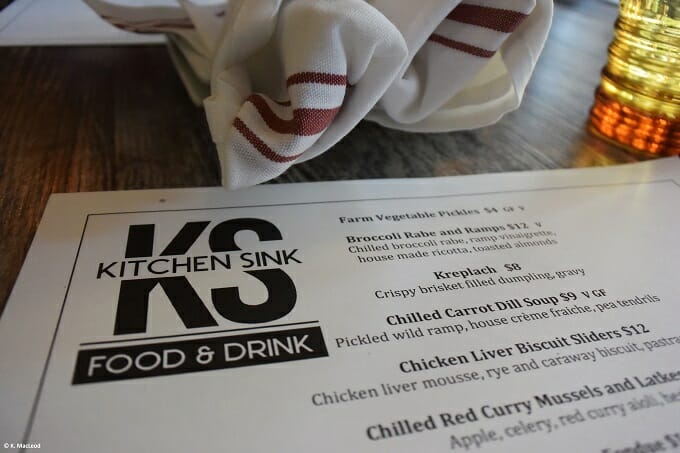 Filled with cheese and wine, and armed with all sorts of new information – don’t suffocate your cheese in plastic! – we ambled back down Main Street for more food, and dinner at Kitchen Sink.

Despite tiredness kicking in, we chatted, and laughed, and got to know each other some more as we tucked into the farm-to-table dishes that the restaurant is famous for.

And after what felt simultaneously like no time at all, and a good few days, we found ourselves back on the train once again, speeding alongside a moonlit Hudson River. Our day trip to Beacon was over.

So what happens when you climb a mountain with five strangers?

The ice gets broken immediately – it has to, when you’re all making your way to the top together, sweaty and out of breath – and then the fun starts.  It was an exhausting but exhilarating day: you really can’t beat being out in the fresh air with good company!

Have you ever travelled with people you didn’t know? What was it like?

A Spring Day at Duke Farms in New Jersey

« The Road to Huisinis, Isle of Harris
21 Must-Have Travel Experiences in the Outer Hebrides »