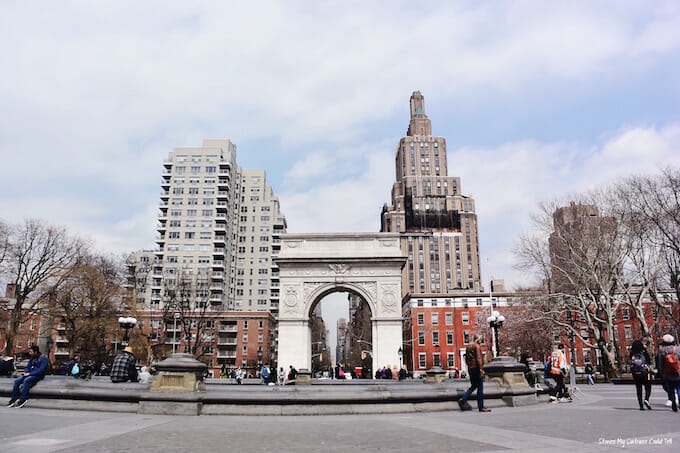 In many ways, New York City has defined my adult life.

I may have only lived here for four years, but New York City has been my constant companion now for a decade. It was a crisp autumn day in 2008 when I first arrived off the bus in Chinatown, slightly hungover from a night of partying with my new friends at the University of Pennsylvania.

We did a lot on that first, fleeting visit from Philadelphia: queued for bagels in what I now know is Greenwich Village; grabbed a famous NY slice of pizza; shivered at the top of the Empire State Building; wandered through the Metropolitan Museum of Art; and marvelled at the lights and crowds in Times Square.

That first night feels like yesterday. With five of us squashed into a friend-of-a-friend’s NYU dorm room, I looked out the window at the city lights in the dark and thought: “I want to live here.” I never actually thought it would come true – how could it? – and yet here I am, a decade later, having spent time here, in one way or another, every single year since.

That city I visited briefly as a 20-year-old feels out of context, almost nostalgic – certainly distant to the one I know now, the one I can navigate without thinking (except for on those occasions when the subway inexplicably runs on a completely different line and goes in a different direction).

Now, New York only rarely feels magical. And I don’t think that’s a bad thing – I think that means it’s familiar, that I have a routine here, and that I’m comfortable. There are still moments when I stop and think “Wow, I’m really here!” but they are less frequent, and I think that’s because over the past four years, New York City has come to feel like a second home.

It’s a realisation that snuck up on me without warning. The first year was hard, harder than I expected, and harder than I was willing to admit – to myself or anyone else. The second year felt like progress, as acquaintances slowly became friends, and work started to trickle in. By year three, the friendships had deepened, my career began to grow again, and I’d got back into the swing of travelling. 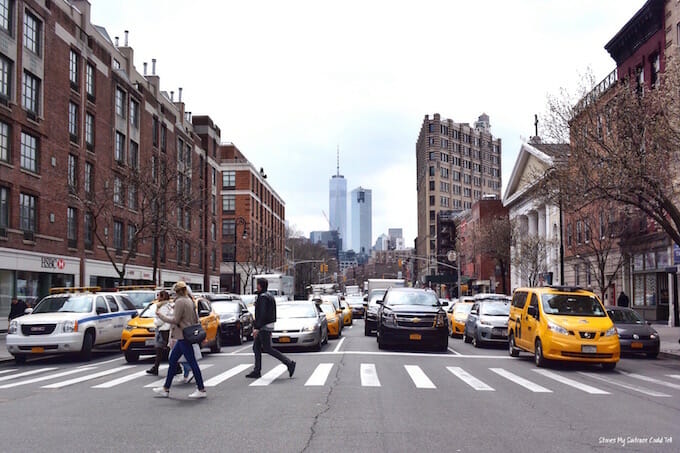 And this year? This year I finally feel settled, or as much as you can in a country that is not your own.

My husband and I have made our apartment a proper home: framed prints, patterned cushions, and my beloved bookshelf (aka my pride and joy). Friends come over for dinner, or drinks on a Saturday night. We have regular haunts, now, favourite restaurants, bars, and a supermarket routine – the hallmarks of an ordinary life.

I have friends in the city who I talk to every day, and one of my best friends from my uni days in St Andrews has moved practically down the road. I’ve finally joined a book club, which has become one of the highlights of my month. My career, which was abruptly stalled when I emigrated – no work or travel allowed – is slowly recuperating: I have regular writing work, and fulfilled a career dream this summer by studying at the Columbia Journalism School, and then interning at Penguin Random House. I have a hairdresser I like, a favourite coffee shop to write in, and that library card, the one that felt like a first small step towards belonging, still gets good use.

This is also the year that I finally received my official “permanent resident alien” card, my Green Card. After a scare in the summer – the government sent us a letter saying my husband and I had sent “insufficient” evidence to prove we were married, and that we had to start the renewal process from scratch – the card finally showed up in late October. It’s a relief to know I can now go in and out of the country (or even to the local government buildings) and not be treated like a would-be criminal. 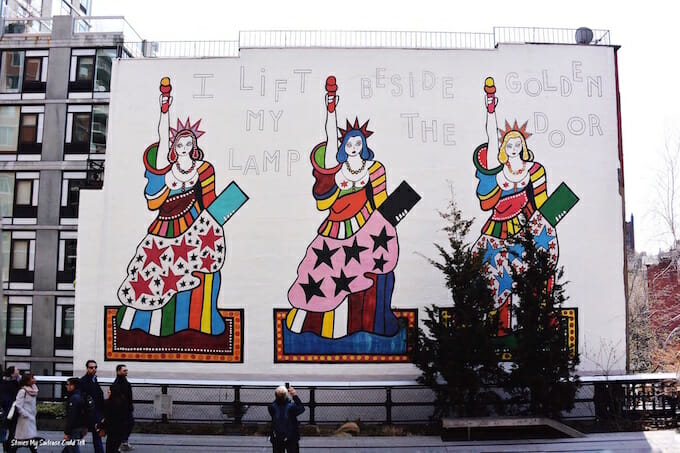 And the cianalas, or homesickness, is occasional these days, rather than constant.

It still raises its head at Christmas, when I’m feeling sick, or on those missed-milestone moments like birthdays, weddings, and births. (It creeps in when I  listen to certain Scottish songs, too – Iolaire by Skippinish gets me every time!) I’m lucky that I have friends and family willing to travel to visit us here, and that I have the ability to get back to my beloved Outer Hebrides once or twice a year. In that way – and with the miracle that is WhatsApp – I’m able to link my two lives together.

I don’t think the cianalas, that curse of the islanders, will ever truly go away, or that I will ever not think of the Isle of Lewis as “home.” (As I’ve said before, for those of us born and brought up in the Outer Hebrides, home can never really be anywhere else.)

But in year four of expat life, I’ve come to realise that it’s okay for me to have two homes. Settling into life in New York City doesn’t take away from the life I have across the pond, and vice versa. Instead – like most immigrants – I balance between the two, one foot on each side of the Atlantic, trying to keep both boats afloat. I’ll always be a Leodhasach, but maybe one day I’ll be considered a New Yorker, too. 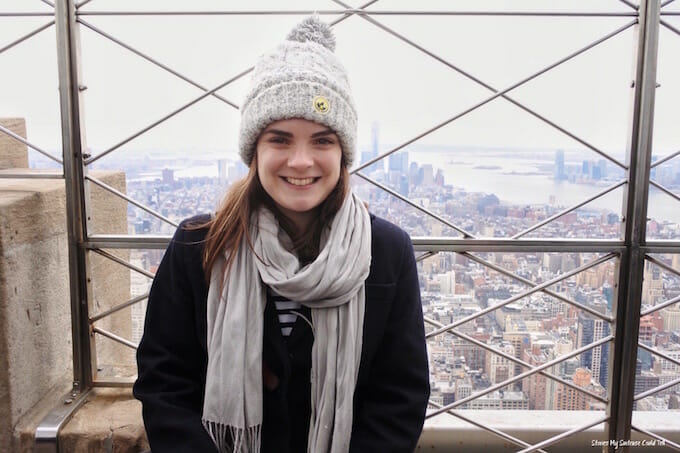 Have you ever missed home while living or travelling abroad, or had to adjust to living in a new culture?

Let me know in the comments – I’d love to hear from you?

« Stories My Suitcase Could Tell Turns 7!
Wind Farms, Land Rights, and the Isle of Lewis »