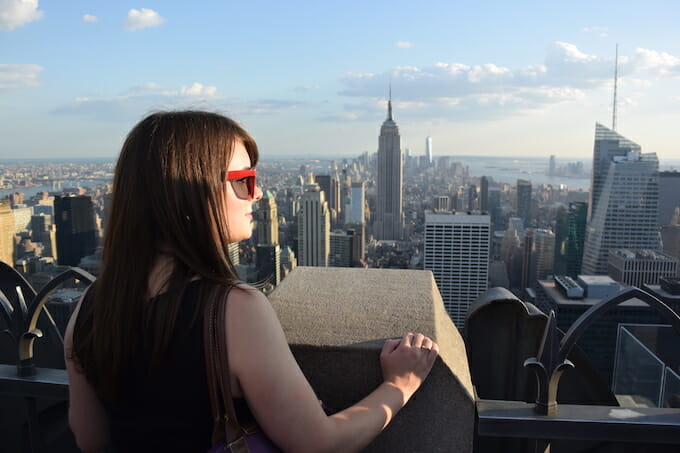 The question inevitably arises when someone first discovers I’m not American, but Scottish.  My answer is always immediate, always the same – but it wasn’t always true.

You see, I thought loving New York would come easily.  I thought I already loved it, but I soon learned that living in a city for three months at 21, and visiting multiple times a year, is a different beast entirely from moving there permanently as you near 30.

As a life has grown up around me, I’ve started answering honestly.  Of course, Mr. Stories My Suitcase Could Tell has been there from the beginning – and long before – but friends, work, and familiarity have come in starts and fits.

In those early days, as homesickness crept up on me at the most unexpected of times, I felt like a fraud. How to explain to people that you are both happy and sad at once, and the source of both is the same? Homesickness, or cianalas as it is called in Scottish Gaelic, is a funny, slippery thing. It’s only now that it’s long gone that I realise other expats experienced similar emotions when they relocated across the world, too.

Of course, the homesickness eventually abated.  I was allowed a library card, a work permit, a state ID, the Green Card that enabled me to travel.  I attended event after event, introduced myself over and over and over again.  Friendships formed, and networks strengthened; people showed kindness in putting in a good word for me there, extending an invitation here.  In an environment where most of us are not born-and-bred, friends fill in for far away family. 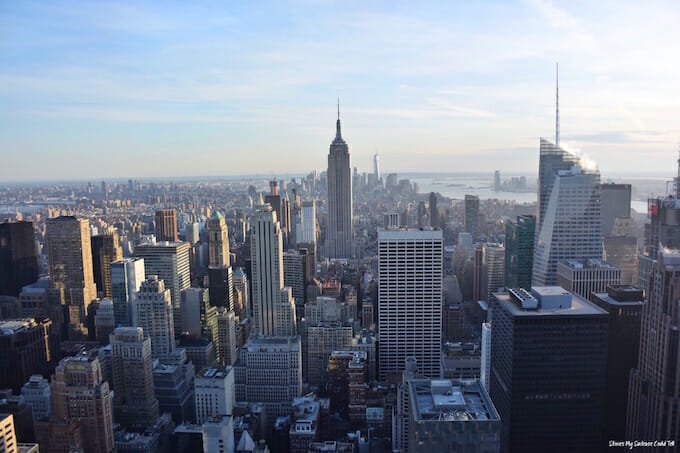 A resounding yes.  New York City can be exhausting, dirty, and brash – like any city – but just when the concrete jungle has stretched your patience to the limit, something happens to swing the pendulum right back to the other side again.

A fleet of trademark yellow cabs.  The sight of the city skyline at sunset, watched with friends by your side. A picnic with card games in Central Park.  Turning up to an event where you expect to know no-one, and being pleasantly surprised to see at least half of the people there are smiling, familiar faces. Sitting on a balcony discussing books with a crowd of journalists as the stars come out (Caitlin’s dinner parties are a highlight of the summer!).

I love the opportunities, in every sense, that come from living here: the work opportunities, the cultural opportunities – and let’s not forget the culinary ones, either!  Thanks to what still feels like this “new” life in New York, I’ve stood in a press line on 5th Avenue to interview Scottish celebrities, and listened enraptured to some of my writing idols discuss their work.

I’ve found my favourite food from northern China in Flushing, and sipped weird and wonderful gin cocktails in the East Village.  I can admire art in the Met Museum one day, and watch a thought-provoking piece of theatre on another.  I’ve made friends who understand the fast-changing media world of blogging, and who share the never-satisifed itch of travel.

It’s been two years, but it feels simultaneously as if I’ve been here forever, and for no time at all.  On one hand, I can’t envision living in this hectic city forever; on the other, I can’t imagine ever leaving.  But that’s not something I need to think about – not yet.  For now, I’m simply making the most of this magical New York City life, and continuing to build a cosy little home for two in the city that never sleeps. 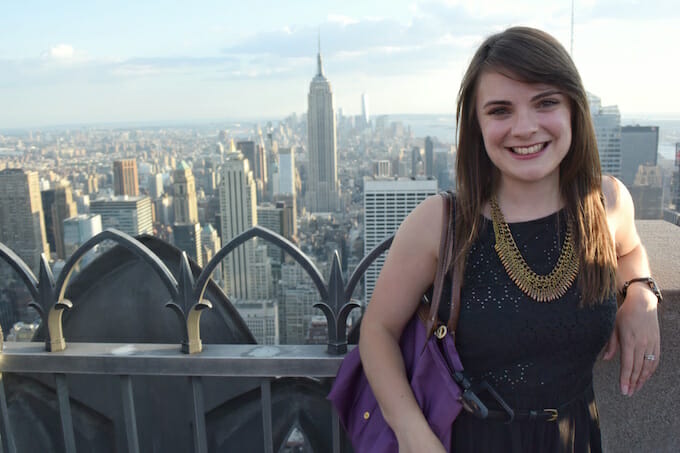 Have you ever lived in another country, or felt homesick far from home? What was it like?

Let me know in the comments – I’d love to hear if it’s been anything like my ‘NYC expat life’!

On Leaving Home, And Loving the Hebrides

What Does It Mean To Get A US Green Card?

« When In Rome: My First Impressions of the Eternal City
Stepping Back in Time at the Colosseum »