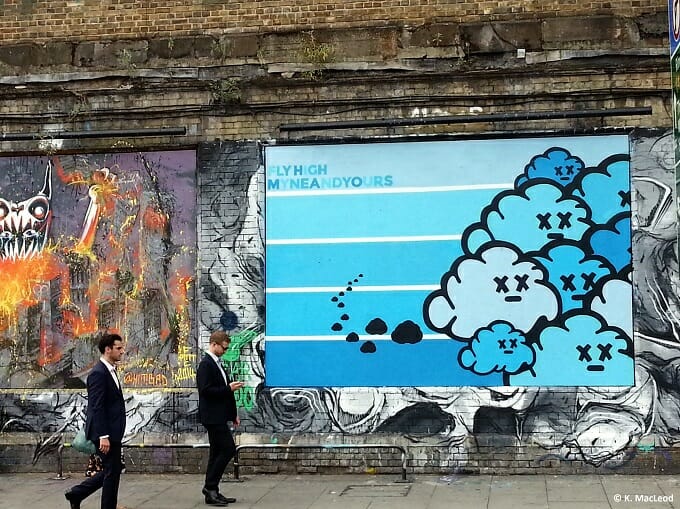 From the fashionable hipsters who call it home, to those who decry the district’s changes, it seems that, good or bad, everyone has something to say about Shoreditch.

This area of London’s East End divides opinion, and I fell on the positive side of the pendulum.  Craft coffee shops, cool restaurants, and pop-up boutiques, brought back down to earth by kebab shops and old-school ‘cafs’ – what’s not to love?  Yes, it was hipster, but it felt real too, unlike some other trendy parts of London.

While I didn’t have as much time as I had hoped to explore Shoreditch, in between coffee at Ozone Coffee Roasters and a browse of the shops at Box Park I was able to admire what seemed like an unending and unofficial gallery of street art.

A lot of creative industries call Shoreditch home, so the heavy presence of street art isn’t surprising.  There are entire tours dedicated to the street art of the area – which even features the (in)famous Banksy – but without any experts to guide me, I simply followed what caught my eye, or appeared as I walked from one street to another. 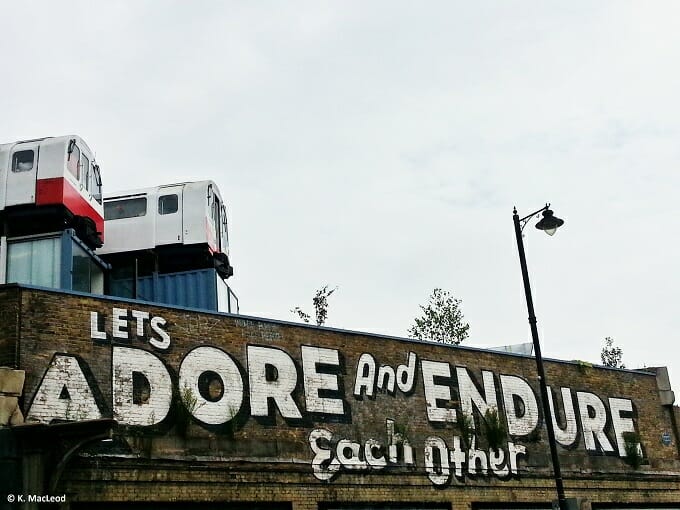 Let’s Adore and Endure Each Other was painted by artist Steven Powers, well known for his Love Letter project in one of my favourite cities, Philadelphia. 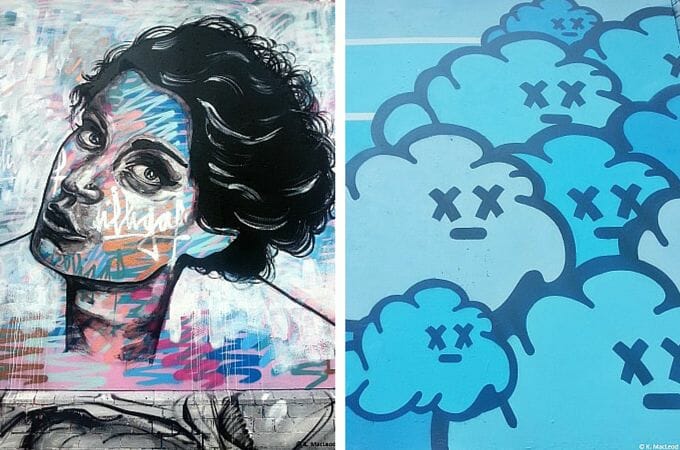 Murals adorn the walls of Great Easter Street, which almost feels like an open-air gallery. 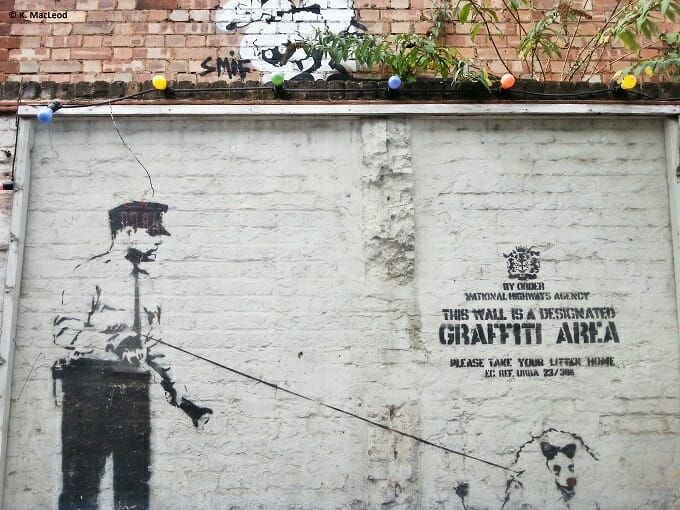 Yes, this is a Banksy – and preserved behind protective glass. 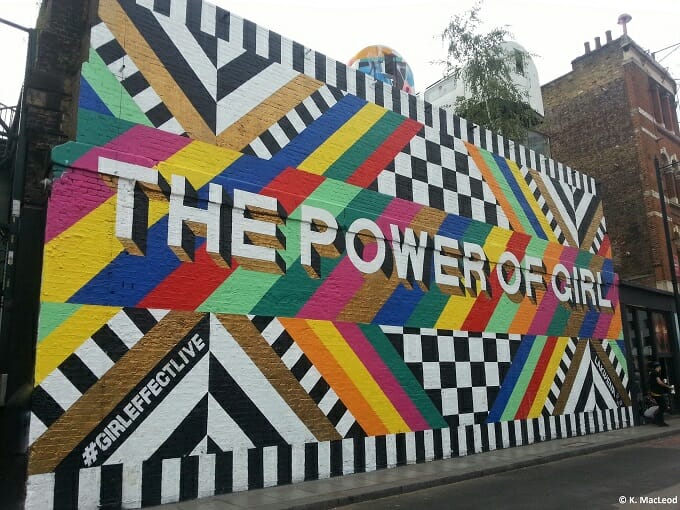 Street art can be used for advertising too, like this bright mural promoting Girl Effect.

What’s so interesting about street art is that you never know how long it will last.

With such an ephemeral quality, it’s impossible to say if these murals will still be on show next month, or even next week.  I think it’s safe to say, however, that art will be a fixture on the walls and streets of Shoreditch for quite some time to come.

Have you ever been to Shoreditch? What are your thoughts on street art? Do you love it (like me) or hate it?

Drinking in the Sunset at Aqua Shard

The Hoxton Holborn: More Than A Mere Hotel

« Discovering Borough Market, One Bite at a Time
Down at Dalston Yard: Street Feast London »