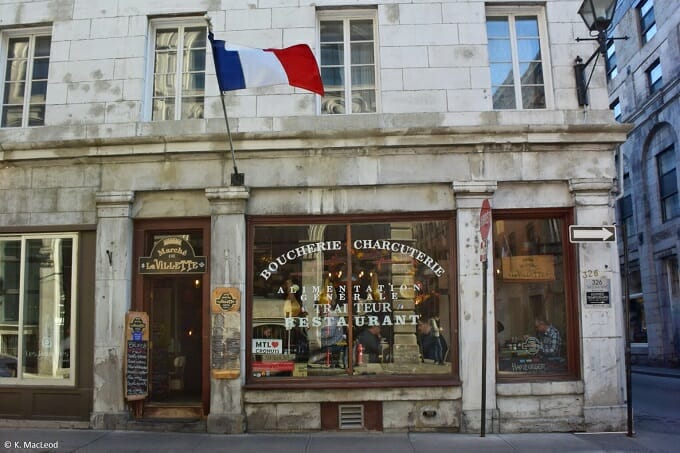 The Saint Lawrence River roared beneath us, before disappearing from view as the plane swept over the skyscrapers of downtown Montreal towards the airport.

And just like that, I had crossed my first international border in almost a year.

It felt freeing. If you thrive on seeing and experiencing new places, being confined to one location can start to feel claustrophobic. Canada’s second largest city couldn’t have been a better choice for my first foreign foray since leaving home and moving to the USA. Not only is it a quick 50 minute flight from New York, but arriving in Montreal felt very much like landing in France.

I knew French was spoken in Quebec, but I was unprepared for its prominence, for the fact that French is the first language of this Province. French is everywhere. It’s on street signs, written in menus, spoken in conversations, ringing out loud and clear in metro announcements. It felt glorious, to be surrounded by a language other than English, to tentatively practice my rusty high school French skills, to delight in the thrill of the unfamiliar. 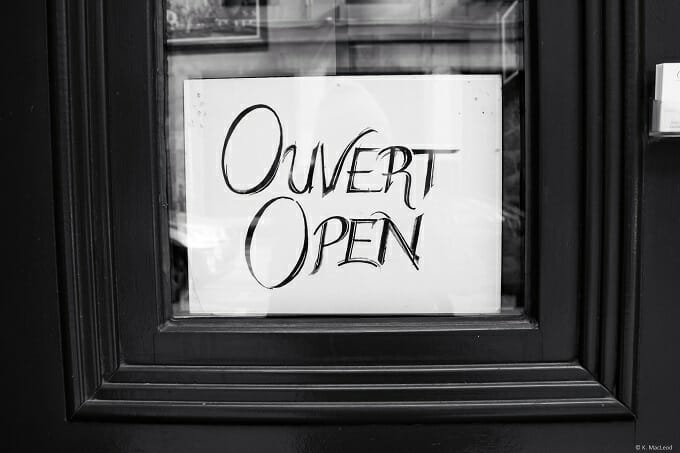 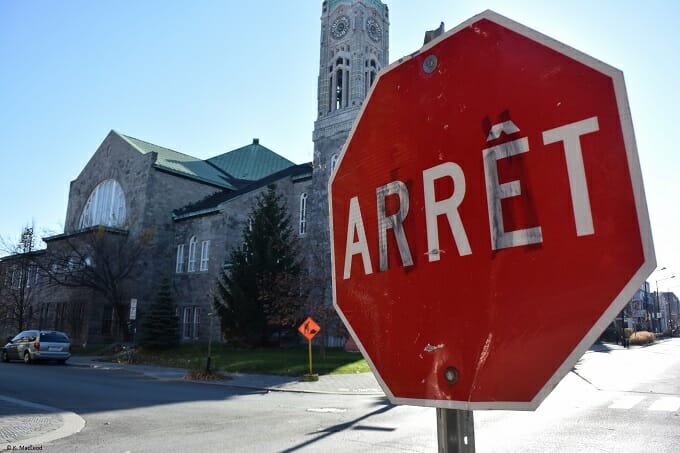 With almost four days in Montreal, there was plenty of time for my Mum and I to explore the city slowly.

I was told by multiple people that while Montreal has no real ‘tourist’ sights, it’s a city that’s best encountered on foot, in the streets of its unique neighbourhoods. With an old friend to guide us, we began with a walk through the Golden Square Mile and a climb up the 300 steps to the top of Mont Royal, the hill that sits in the middle of the city.

What is fascinating about Montreal is that the city’s history is evident in its architecture and avenues. The Golden Square Mile, and the streets leading up towards Mont Royal, are full of stately, British-style homes (often with addresses that hint at the area’s colonial British past, like Rue Mackay, Chelsea Place, and Trafalgar School for Girls).

It’s the same on Boulevard St Laurent, which we walked along later that night.

The street is so central to the city – cutting it right down the middle – that locals refer to it as simply ‘The Main.’ In a way it chronicles the history of immigration to the city, starting in Chinatown and taking in countless cuisines and cultures along the way before ending up in Little Italy. We were to cross this street many times throughout the next few days: at its origins in Chinatown; en route to eat Montreal’s famous bagels in the Mile End; for a Portuguese feast of chicken and rice.

But before we made it to Le Main, we found ourselves at the top of Mont Royal at sunset.

From the Chateau, you could see across the entire city, across the St Lawrence River to the Laurentian mountains in the distant, tinged pink by the last of the day’s golden light.  We weren’t the only ones there; the crowds that made the climb up 300 steps in the cold made me think that this is a regular occurrence in Montreal, and my local friend confirmed it was. 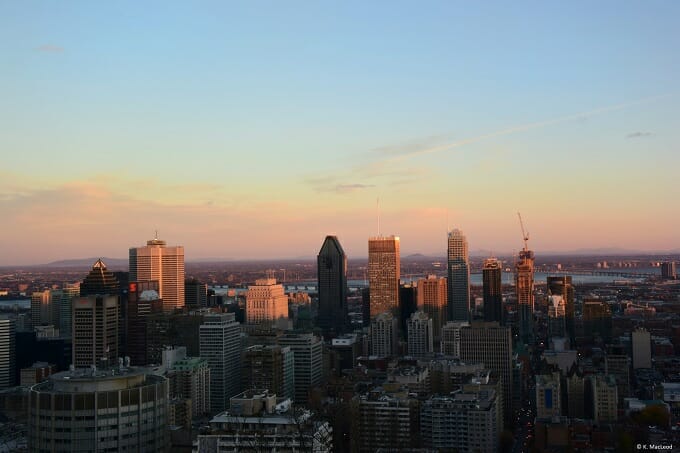 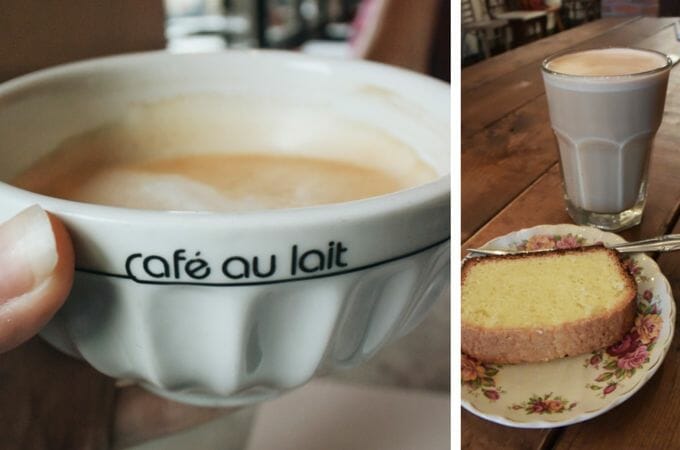 After the sun went down, we had our first taste of Montreal’s cafe culture, at Santropol Cafe in the Plateau.

Stopping for coffee, tea, and cake is a must for me in any city, and Montreal makes it easy to recharge over a warm drink and something sweet. Over the course of a few days, we found firm favourites (like Cafe Aunja in the Golden Square Mile) and tried plenty of others, from patisseries in the Old Town to bakeries in Little Italy. Cafe Santropol was warm and bustling, and the carrot cake was so large it took three of us to finish it off – there’s no thought of dinner when there’s cake to be eaten!

If I had thought I was in France before, I was in for a delightful surprise the following morning, when we arrived at Cafe Cherrier in the Plateau for breakfast. I took in the black and white tiles on the floor; the suited waiters; the chicly dressed woman in the corner sipping a black coffee and scanning the pages of Le Monde. Cafe Cherrier looked and felt so French that I half-expected to see the Eiffel Tower through the window.

From there, it was a glorious – if chilly – walk through the Plateau Mont-Royal to the Mile End.

The streets were beautiful, and the buildings full of character. Most of the homes were multi-level, but every home had a front door, most with wrought-iron staircases leading up to balconies. Apparently this architectural quirk is a marriage of influences from Scottish immigrants and French-Canadian settlers: Scottish immigrants were used to homes piled one on top of each other from the tenements of Edinburgh and Glasgow, and the French-Canadians had already used external staircases in their country homes. 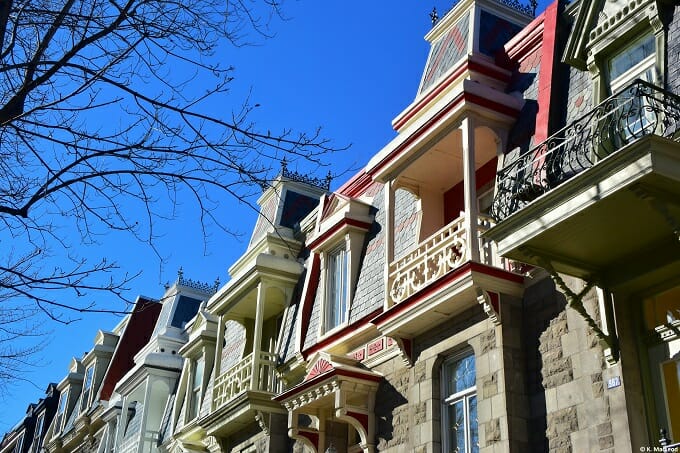 We could have wandered these lovely streets with their colourful staircases all day, but instead, we stopped for bagels at the famous St Viateur Bagel Shop in the Mile End.

The Montreal bagels were nothing like their New York counterparts – they are hand-rolled, wood-fired, and not toasted – and my friend and I had to agree to disagree on their respective merits.

There was more food to be had the next day at Jean Talon Market, at the edge of Little Italy, which was a riot of colour. Stalls sold maple syrup (how had I not tried it before?!), Canada’s famous Macintosh apples, fresh eggs, vegetables, and even the stereotypical braids of garlic.

We chatted with the stall owners and sampled their offerings, before winding our way through the neighbourhood. It was before noon and most shops were yet to open; it was refreshing to be in a city where the pace of life was that little bit more relaxed.

Down in the Old Port, the atmosphere changed again.

Here the buildings are older, more classical – and none can beat the Notre-Dame Basilica. I wasn’t overly excited about visiting the Gothic Revival basilica, which dates from the mid 1800s, but I can honestly say that my jaw dropped when we stepped through the doors: the interior of this building is stunning, a kaleidoscope of blues and golds, and intricate details that reveal themselves with a second glance.

The Basilica was a highlight of our four days in Montreal, but it’s the details here that make the difference: the details of the unique neighbourhoods and Quebec culture that threaded together, make this city one-of-a-kind. I couldn’t have asked for a better location for my re-introduction to post-Green Card global travel. 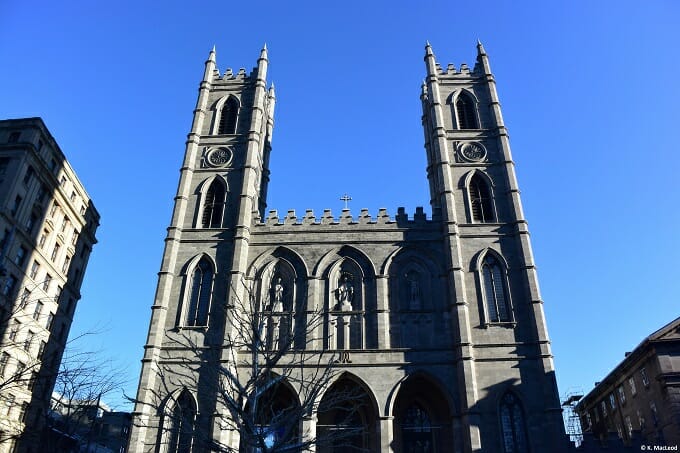 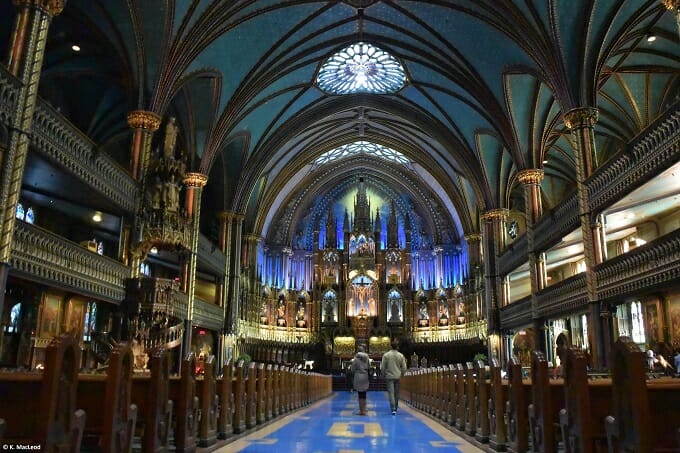 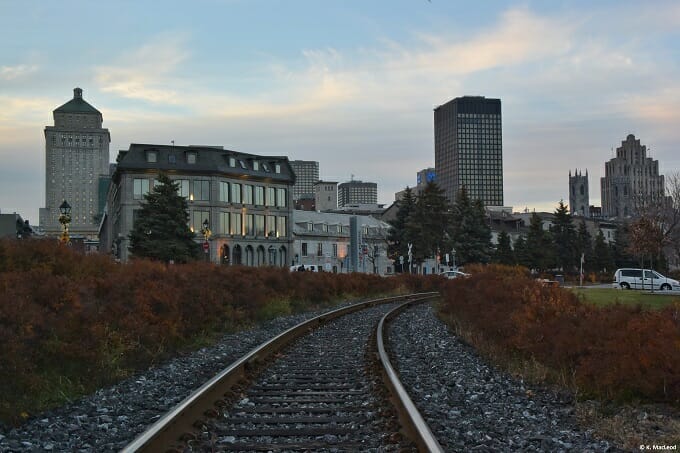 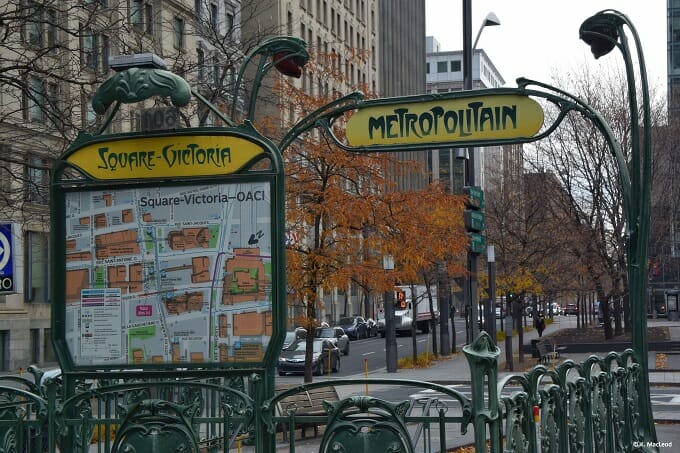 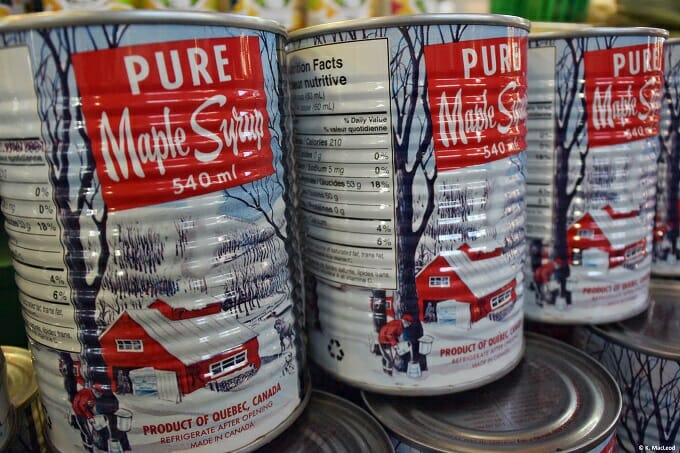 Have you ever been to Montreal, or would you like to visit? What’s your favourite way to explore a new city?

Six Reasons to Add Montreal to Your Travel Bucket List

Visiting Niagara Falls: The Good, The Bad, and The Unexpected